FANS have found a clue as to what Khloe Kardashian might wear to her first Met Gala on Monday night.

The Keeping Up With the Kardashians alum has been set to make her first appearance at the A-list event after previously being "banned." 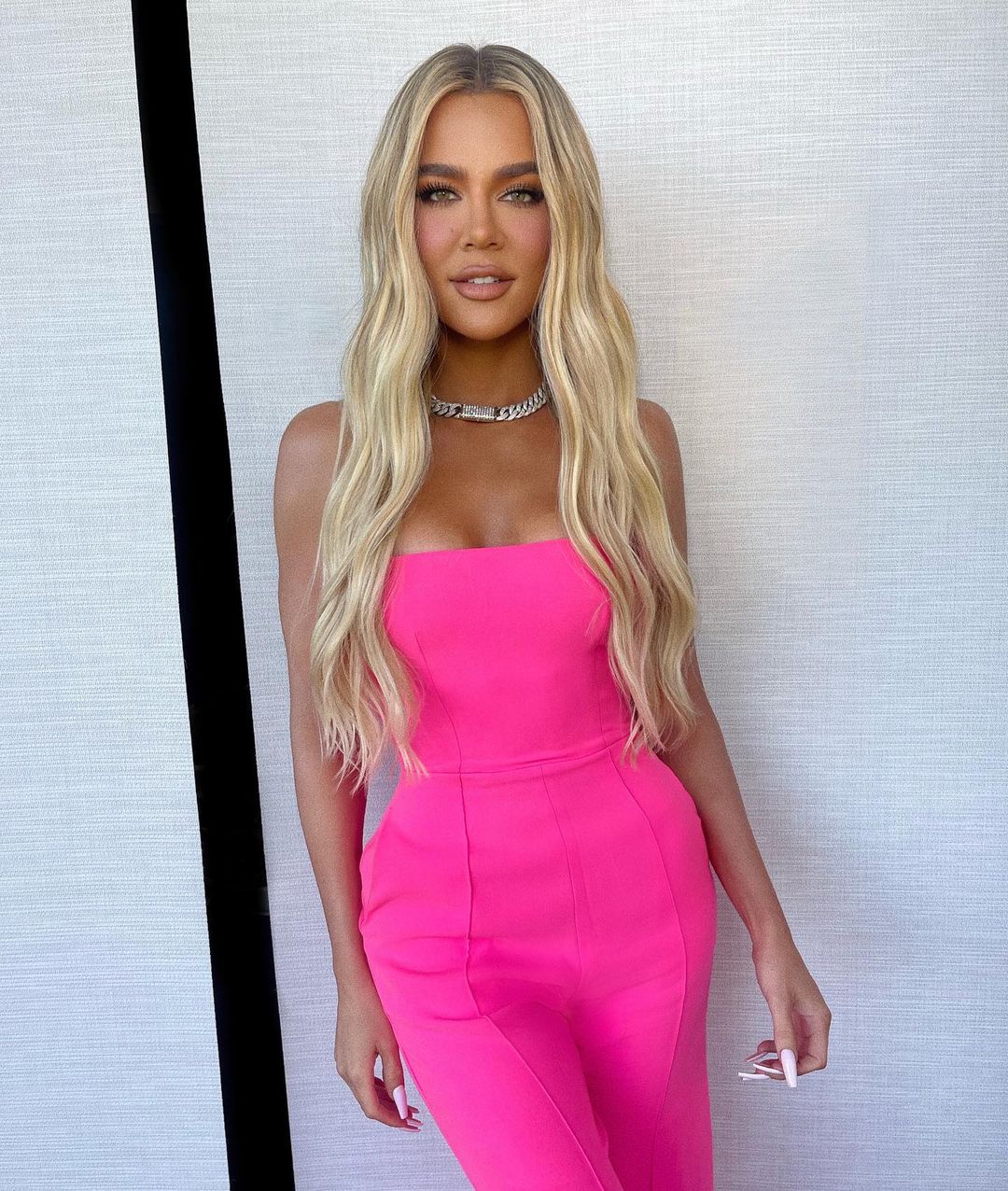 Now fans have found a hint as to what Khloe, 37, could wear on the red carpet.

They posted the news along with a photo collage of the two, hinting at a potential collaboration.

Others raced to Reddit to discuss the clue, as Khloe prepares for her debut at the Met Gala. 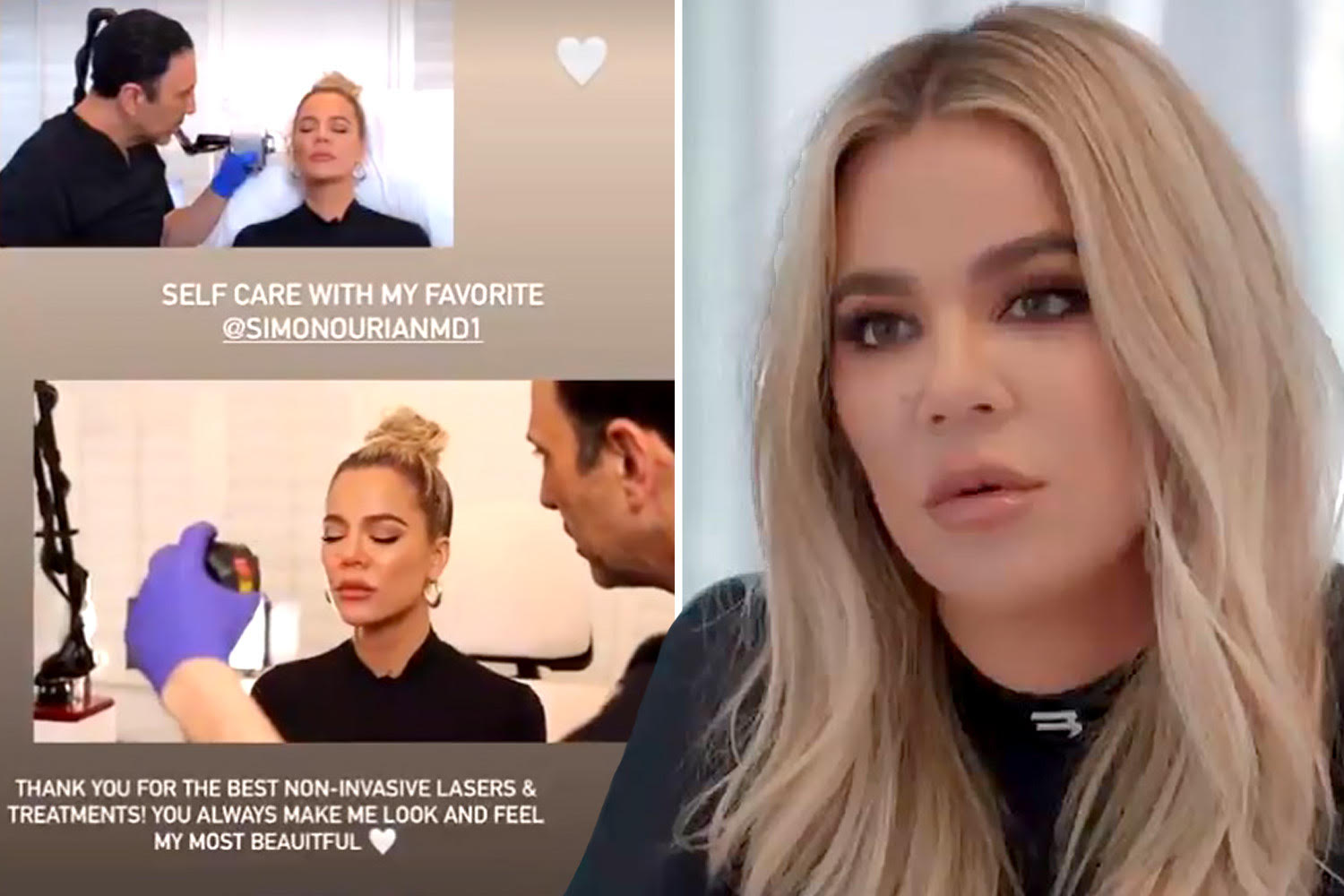 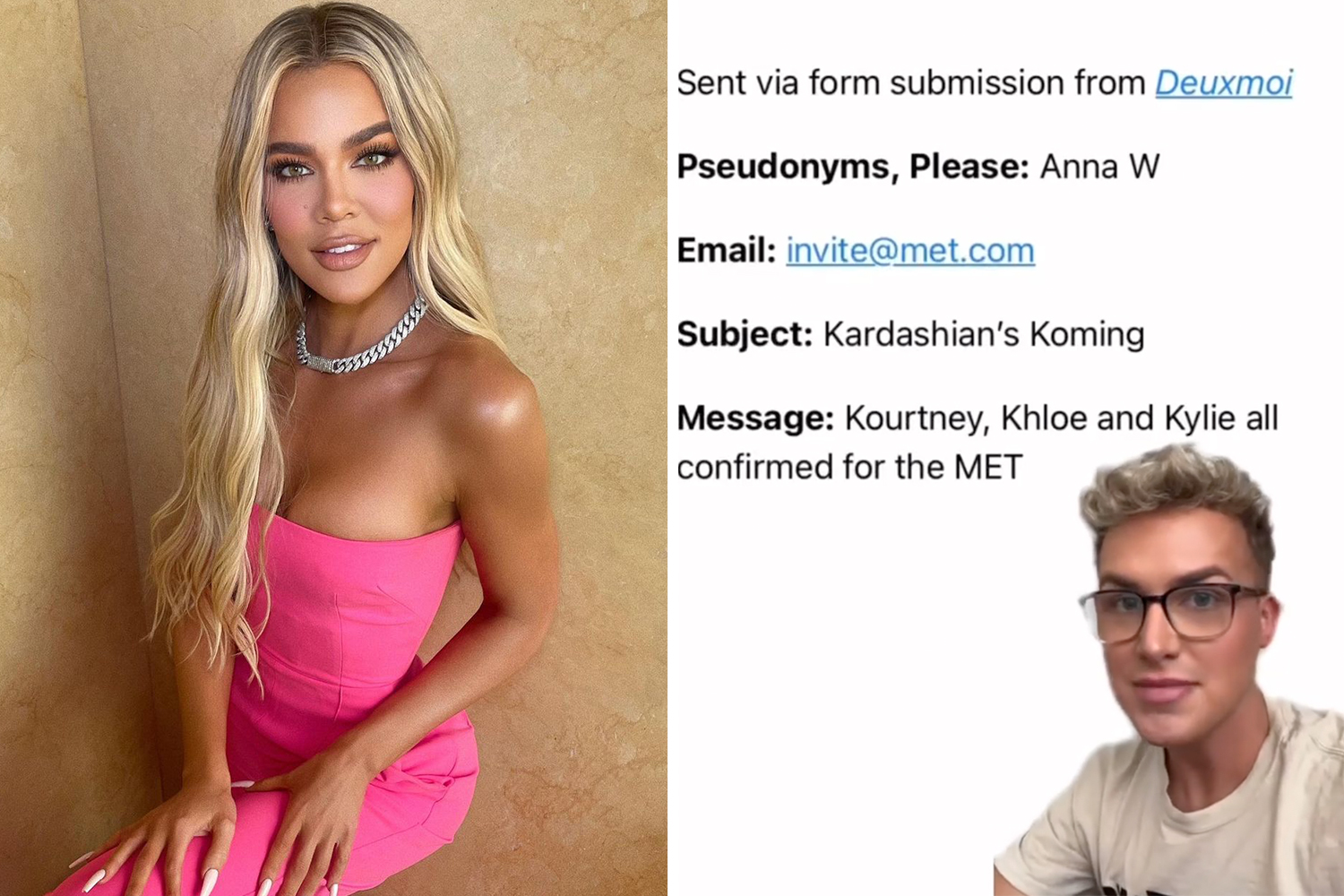 "She may be wearing Moschino," one guessed.

"Moschino are flamboyant & ridiculous – could be amazing for MET costume gala -Here's hoping she comes as a literal cake," another wished.

A third noted: "It looks like she’s gonna be wearing Moschino for the Met Gala tomorrow."

"Moschino could either go horribly wrong or right," a fourth remarked.

Four money changes hitting in May including Universal Credit – are you affected?

"Yes dude khloe and moschino is going to be a look. I can feel it," a fifth complimented.

Khloe Kardashian has reportedly received her first invite to the Met Gala after previously being "banned" for being "too C-list."

Sources revealed last year that Khloe was "banned" from the glamorous celebration as Vogue's Editor in Chief Anna Wintour was said to regard the reality TV favorite as "too C-list" for the red carpet -according to a Radar Online report.

The insider added at the time: "Khloe and Kourtney [Kardashian] have never been invited to the Met Gala, but Kourtney was invited to this one and chose to stay home with Khloe because she didn't want to leave her alone."

Khloe tweeted in response to the rumors, though it's unclear if she was invited this year either: "Absolutely NOT True."

Over the weekend, fans spotted yet another clue that the mother of one would be attending the star-studded party.

The Hulu star took to Instagram to show off her facial laser treatments.

The youngest Kardashian leaned back in a white chair and closed her eyes as she allowed her doctor to do his laser magic.

Khloe's skin glowed as she wore her hair in a top knot to keep it out of her face.

She captioned her three photos in her post: "Self care with my favorite," as she tagged her doctor Simon Nourian.

The star continued: "The best non-invasive lasers and you always make me look and feel the most beautiful."

Fans wondered if Khloe's splurge on getting glammed up may be a big clue she's prepping to attend fashion's biggest night of the year.

Khloe appeared alongside her sisters Kourtney, 42, and Kylie Jenner, 24, as rumored attendees of the event in an anonymous tip sent to the celebrity gossip site, DeuxMoi.

The words "Kardashian Koming" were noted in the submission's subject line with the three siblings' names in the message as "confirmed" guests.

Additionally, a Conde Nast insider has claimed the "entire Kar-Jenner" clan has been reported to be in attendance except for Rob Kardashian. 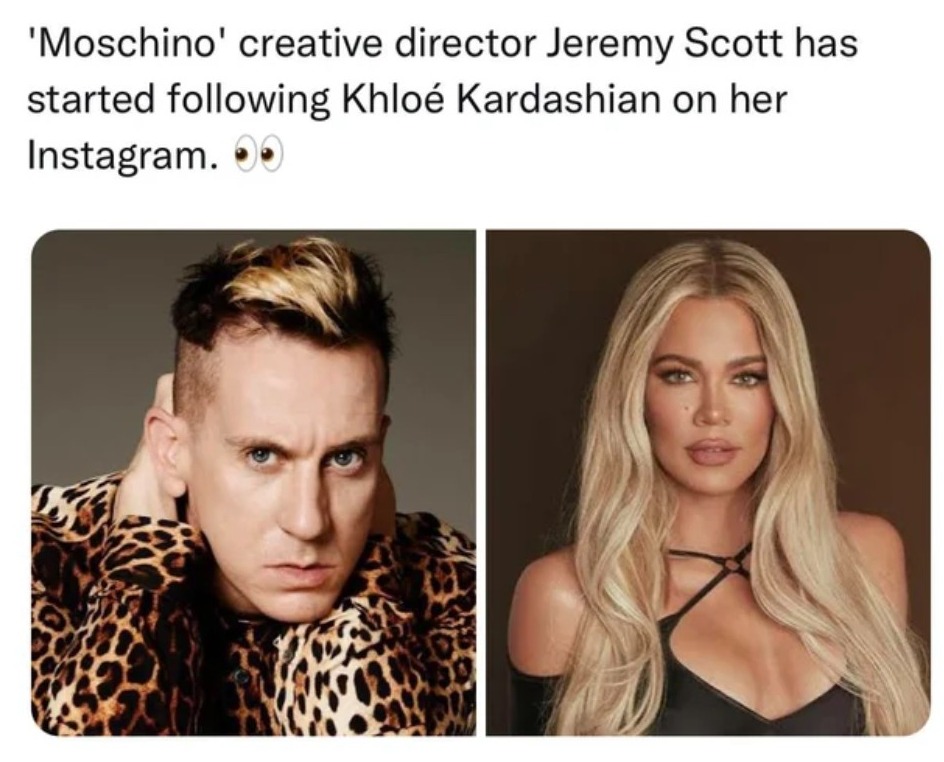 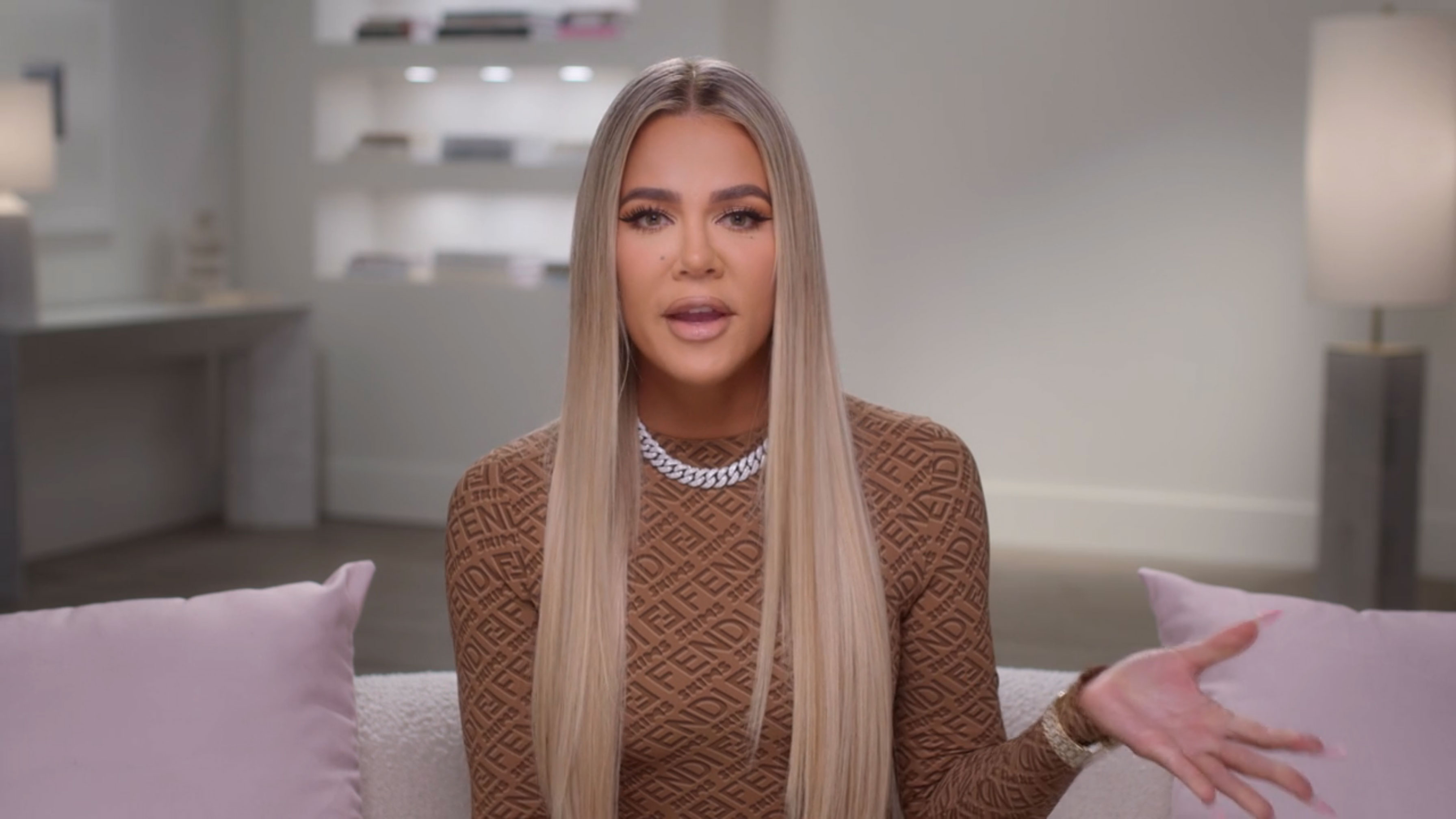