WHEN Karren Brady glares at a bungling candidate during The Apprentice, there is one person who knows what’s in store.

The business mogul’s model daughter Sophia Peschisolido — now an Instagram sensation with more than 130,000 followers — has had 24 years to get to know her mum’s ticks. 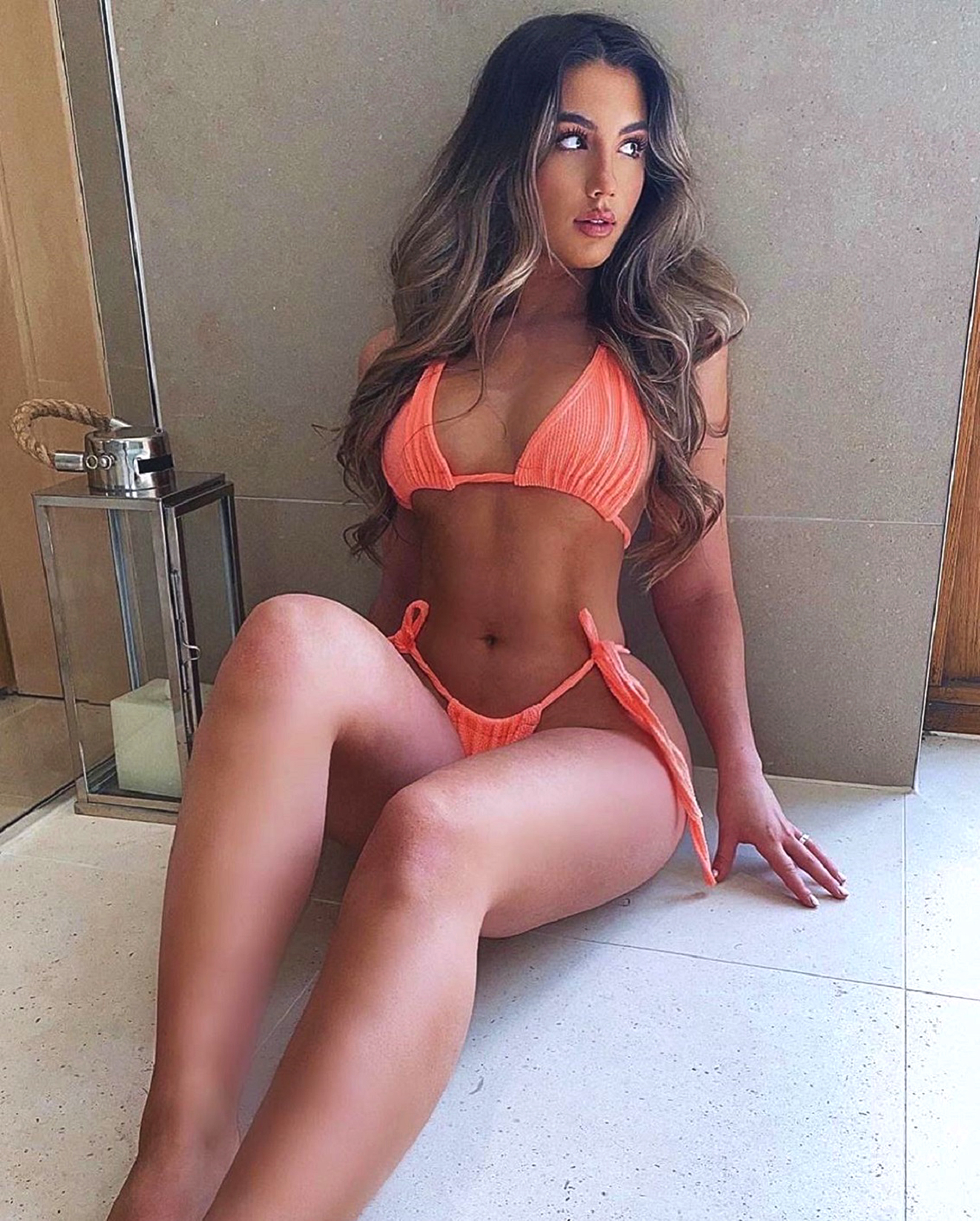 Sophia said: “I know those eye rolls and death stares so well, as I have had them all in my teenage years, so I know exactly what each one of them mean.

“My mum has been my inspiration all my life. She’s very chill with me.

“We are best friends and if we have disagreements we end up laughing about it in the end. She doesn’t shout at me any more . . . I’m 24!”

Today in their first ever interview Karren, 51 — our Sun on Sunday columnist — and stunning Sophia have told how they have stayed in touch during lockdown through socially-distanced dog walks together and endless Zoom chats.

Sophia reveals why she has turned down approaches to appear on Love Island TWICE, how she is “starting to love the way my body looks” and tells how her mum helps her with advice on what to wear. 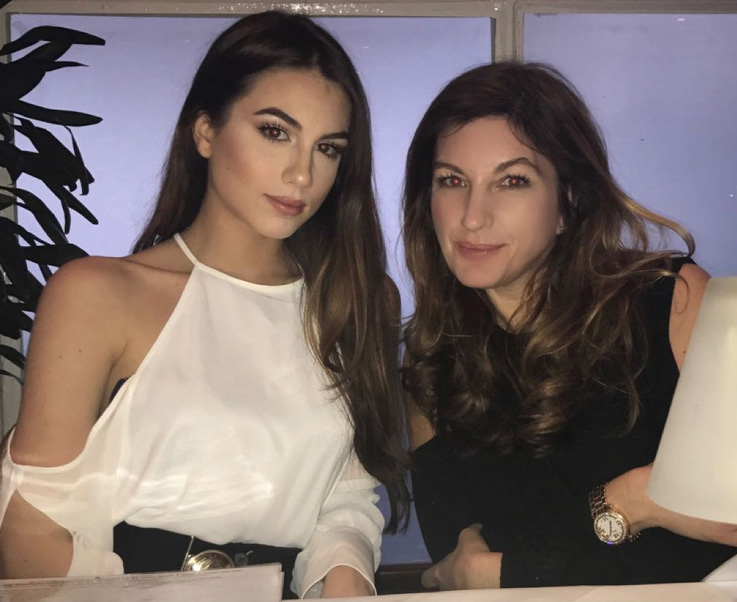 Mum-of-two Karren admits in return she gets advice from her daughter on how to use social media, saying: “Sophia is super savvy on social media, she helps me, I’m useless.”

Karren, married to former footballer Paul Peschisolido, 49, — who played for clubs including Birmingham City, Stoke and Fulham — is the no-nonsense “eyes and ears” of Lord Alan Sugar on BBC1’s The Apprentice, a director of West Ham United and a member of the House Of Lords after being made a baroness in 2014.

But less is known about Sophia, unless you are one of her army of Instagram followers, which has increased by tens of thousands during lockdown.

The Nottingham University graduate, who has modelled lingerie, swimwear and glamorous outfits online, took beauty studies before making her modelling debut for Topshop in 2017. 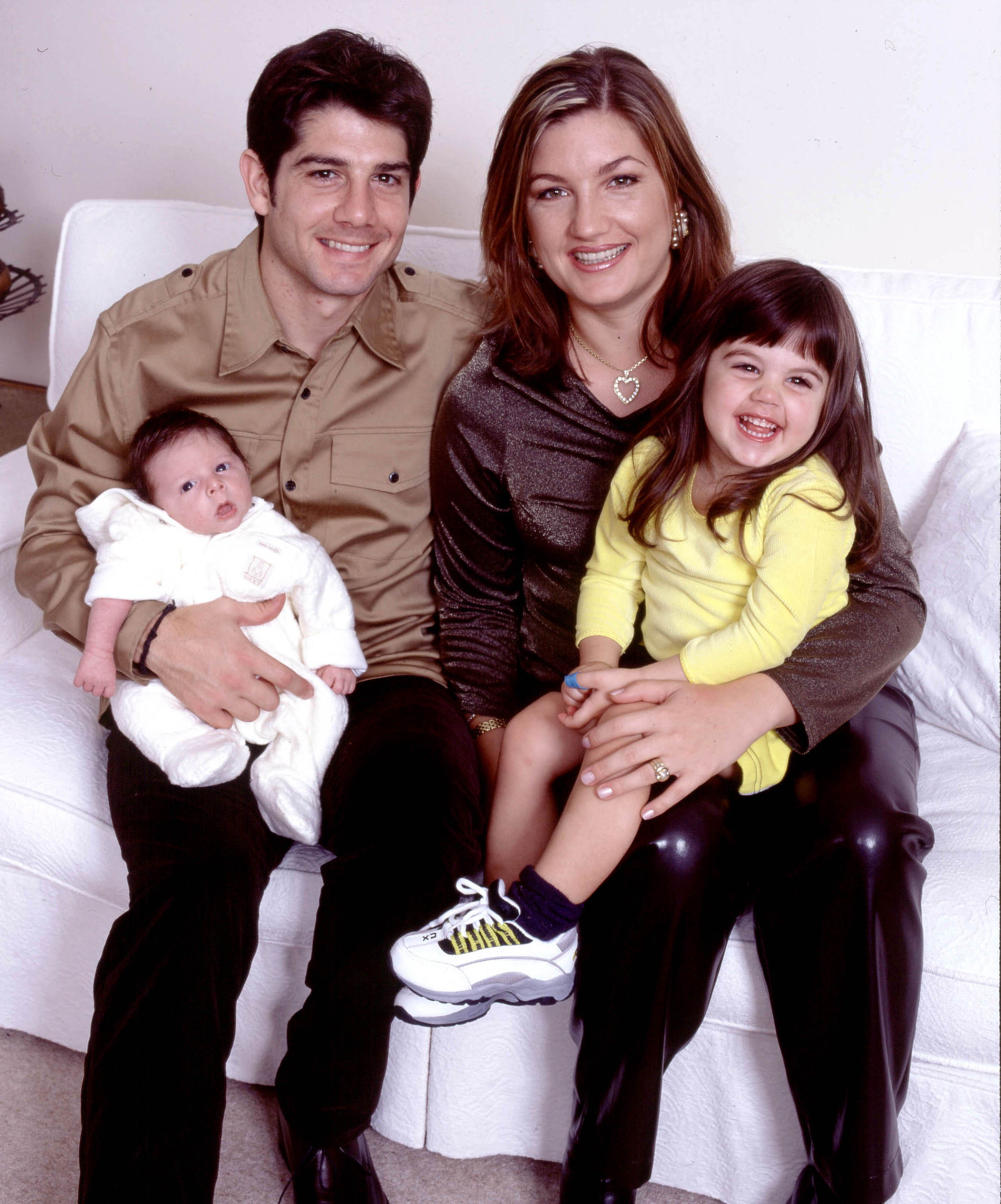 Sophia, who now models for big brands including Pretty Little Thing, said: “I’m shocked about how many followers I have but I’m also thankful to every single person who follows me and allows me to live my dream job every day.

“At the start of lockdown it was definitely a struggle to find the motivation.

“But this is my job, so I make and plan my time and try to take as many pictures as I can in one day.”

And she admits that her mum is her sounding board on how to look good.

She added: “Mum was the one who inspired me to go into fashion and is always honest enough to tell me my best angles in photos.

“She’s always been my icon and my biggest fan.

“Whenever I don’t know what to wear, I’ll video call and she’ll help me choose the best outfit, and what to avoid.” 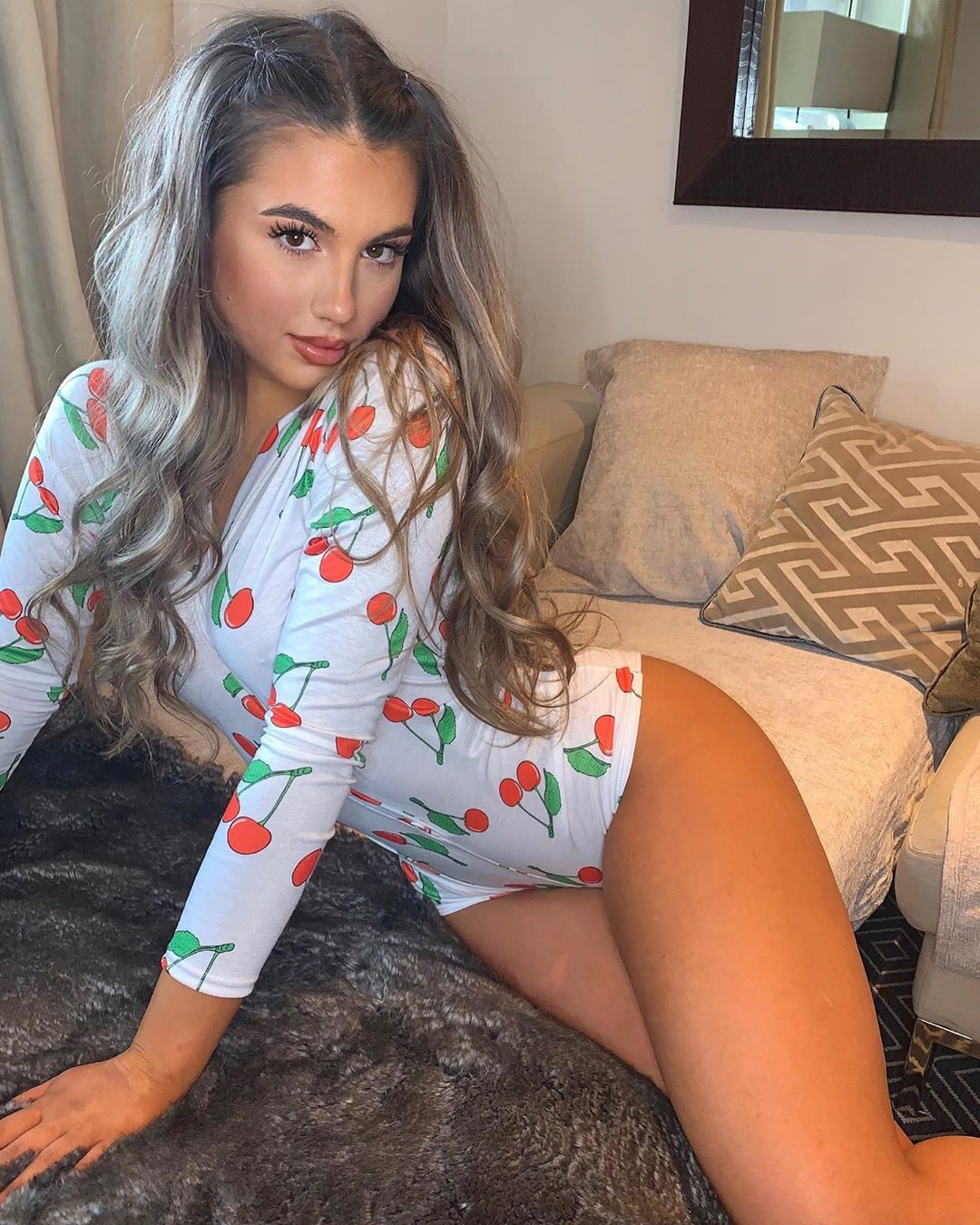 But Karren laughs at the suggestion the pair share outfits.

“Sophia can wear a plastic bin liner and looks a million dollars.

“Most days I take comfort over style and my trademark Lockdown look has been a tracksuit.

“The fashion tips mainly come from her to me.

“We don’t disagree as we have similar tastes and are both good at spotting what suits the other.

“Sophia has always done her own thing and, while I would love to think I am an influence, she is so much her own person.

“But she has always been interested in clothes and always absolutely loved dressing up, so it’s no surprise.” 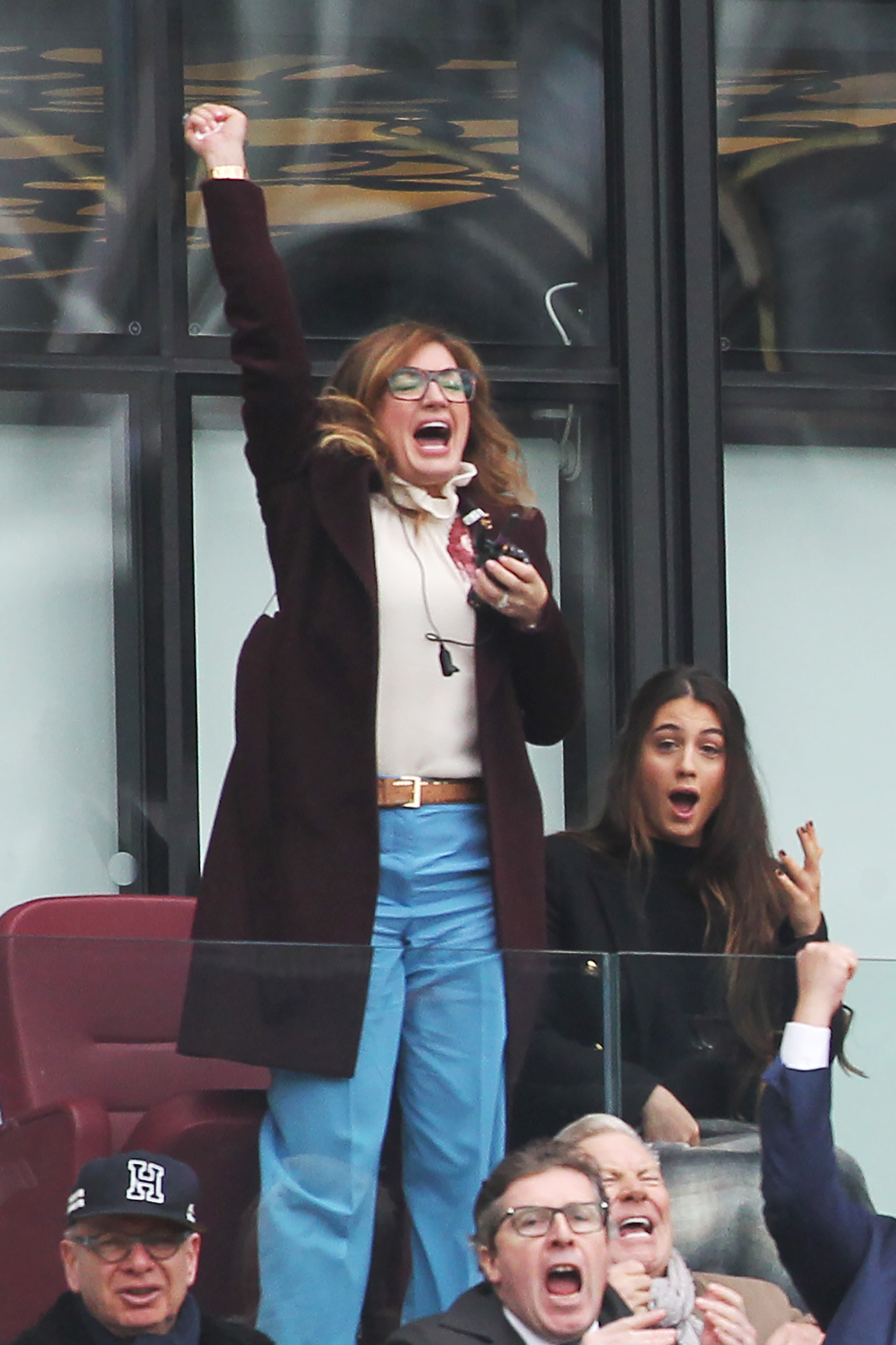 Despite living very close to each other in West London, lockdown has meant they have been limited to chats online and more recently the odd catch-up to walk the dog, two metres apart.

Sophia, sister to Paolo, 21, a student, said: “I have my own flat so I’ve been spending it there and only seeing them via Zoom or socially-distanced walks in the park or bike rides, which means I can see my dog, Scruffy.

“The toughest thing is probably not being able to see my grandparents or my friends.

“I go on a walk every day and do exercises in my bedroom every now and again, I talk to my friends and we do a weekly quiz, which is fun.

“I have also done these with my family, who are all over the world.

“I recently finished a 1,000-piece jigsaw puzzle which took me four days, but it didn’t relieve any boredom, so I don’t recommend that. 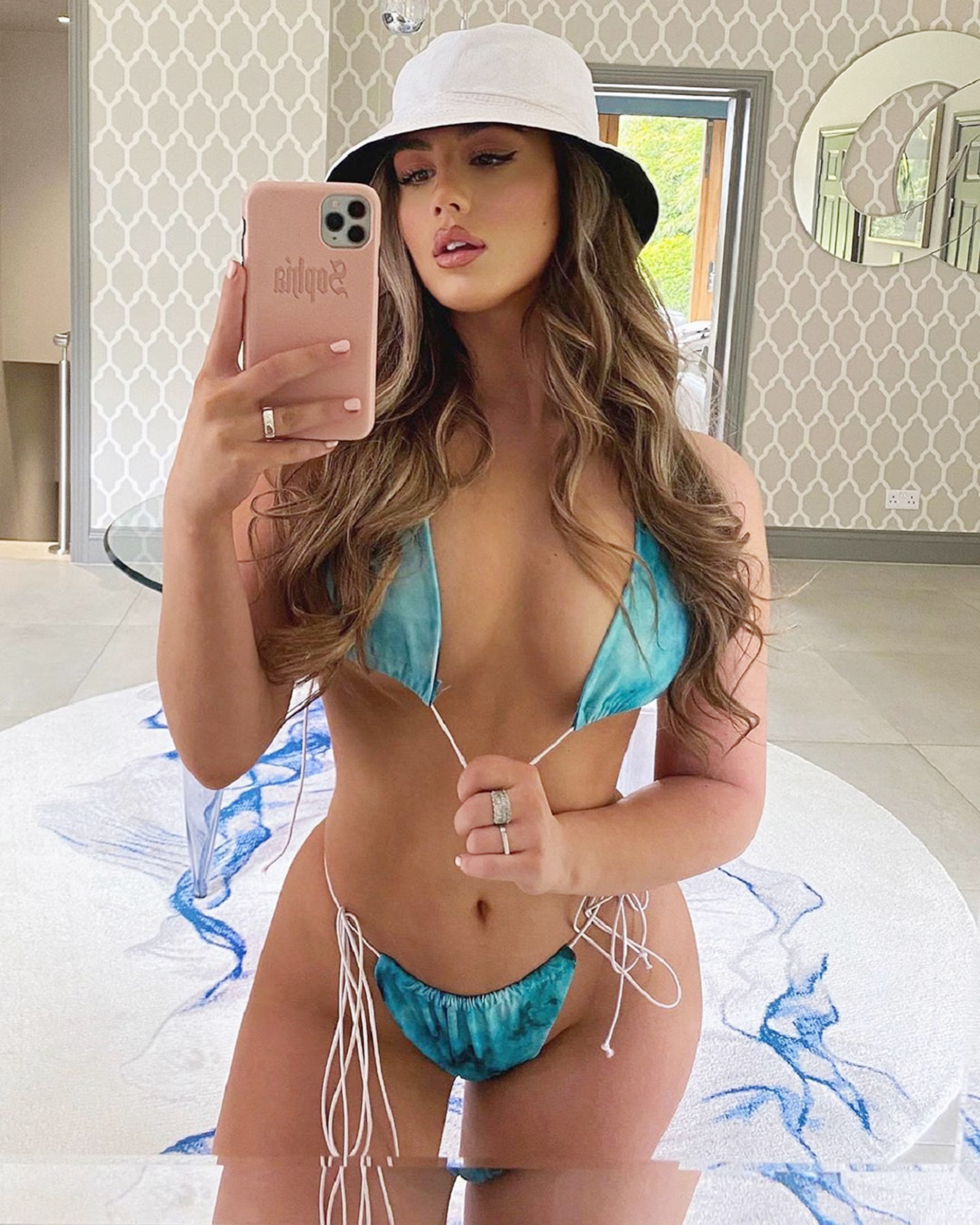 “I wish I could say it’s been easy, but fitness and health has never been my forte.

“I’ve always had to push myself but the upside of that is that I’m starting to love the way my body looks. But I’m not obsessive.

“I exercise when I can be bothered but I’ve definitely put weight on during quarantine. It’s the banana bread I keep making.”

Karren added: “Sophia is a great cook, me not so much.

“I am more of a feeder than a cook as my phone tends to go off when I am halfway through cooking, and I get distracted easily, so things burn.

“Before lockdown Sophia used to come over to my house almost every day.

“I’m looking forward to restrictions being lifted so we can do that again.”

Pre-lockdown they would love to watch TV together, with Sophia saying her mum refuses to tell them what will happen on The Apprentice.

Sophia said: “We have to find out what happens with everyone else, despite the endless pressure we put on her to tell us.

“She’s unbreakable and never tells us anything.

“We watch it together like everyone else on the day it goes out on the BBC.” 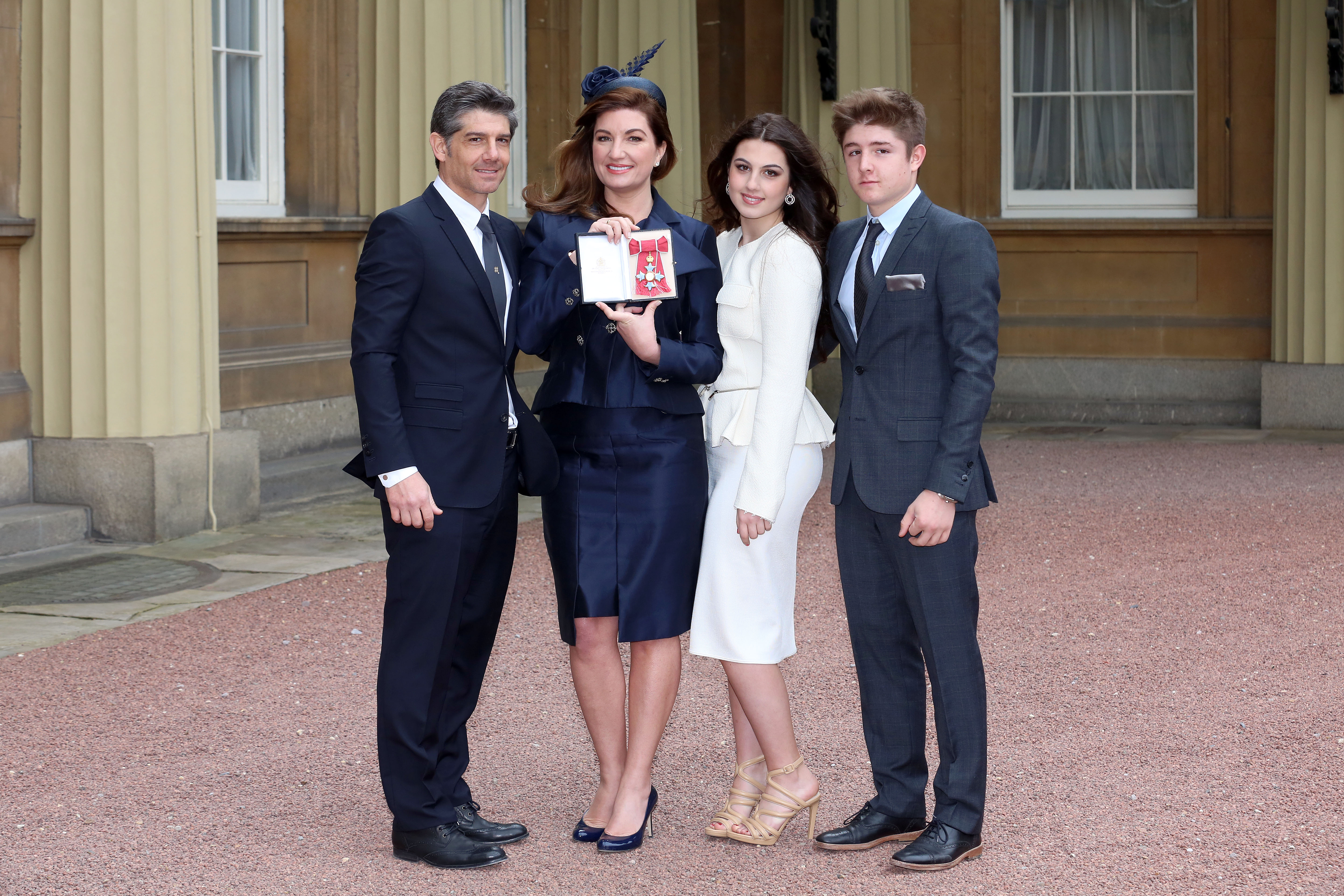 Despite her booming following on social media, Sophia insists she is not a fan of the attention her mum gets and says she will not be following in her TV footsteps just yet despite approaches from Love Island.

She added: “I’m a huge fan of the show, I just don’t think it’s right for me.

“I’ve been asked to go on it twice but I’ve turned it down.

“I just don’t like having all that attention — I don’t think I’d be able to handle it.”

She adds: “I always say, be yourself and stay true to your values and the rest will take care of itself. Don’t care what people on social media say about you.

“The greatest gift you can give your child is self-esteem, so let them develop their own personality, and listen to them. Let them be themselves.

“In our case, no subjects are off limits — sometimes I wish they were.” 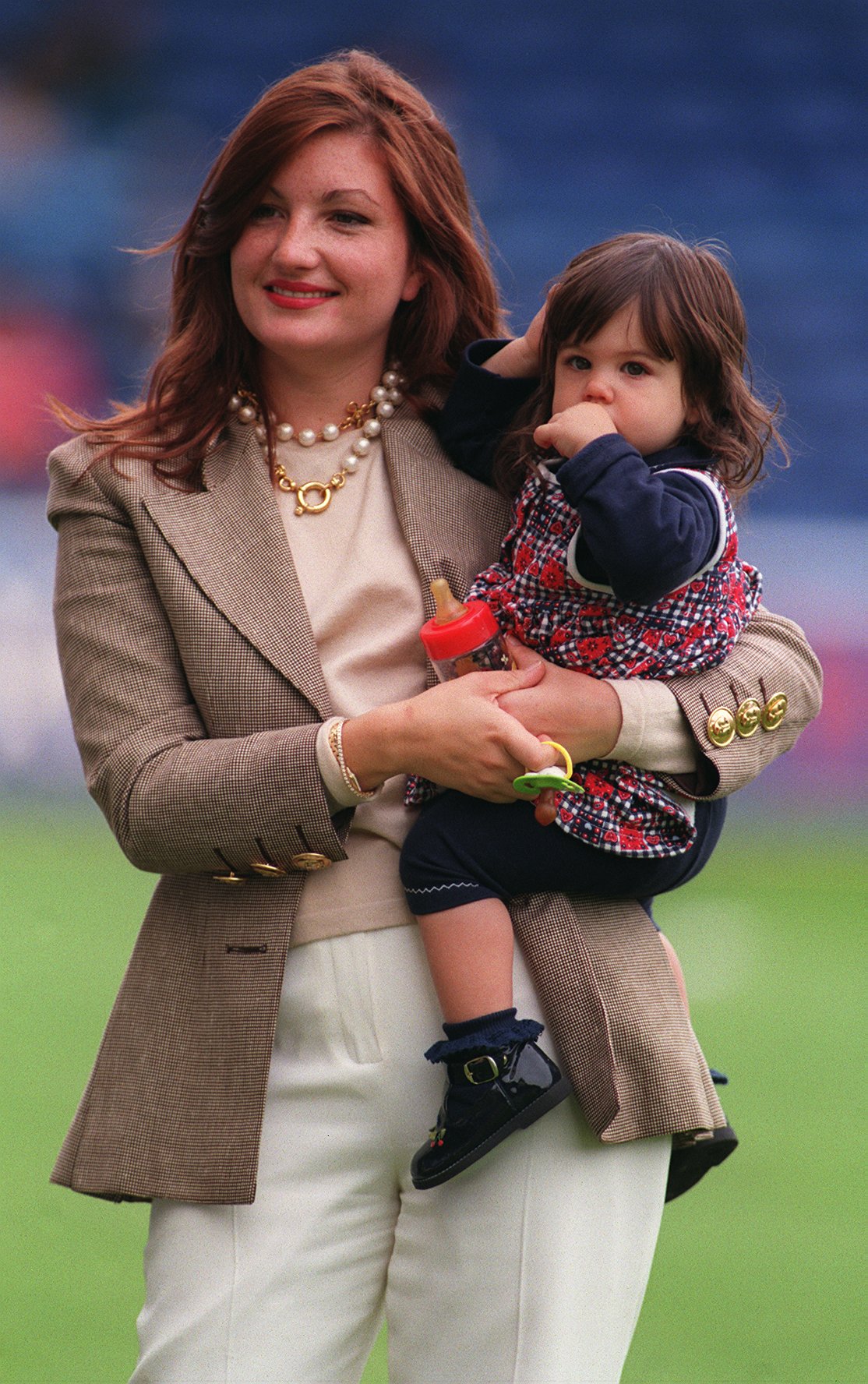 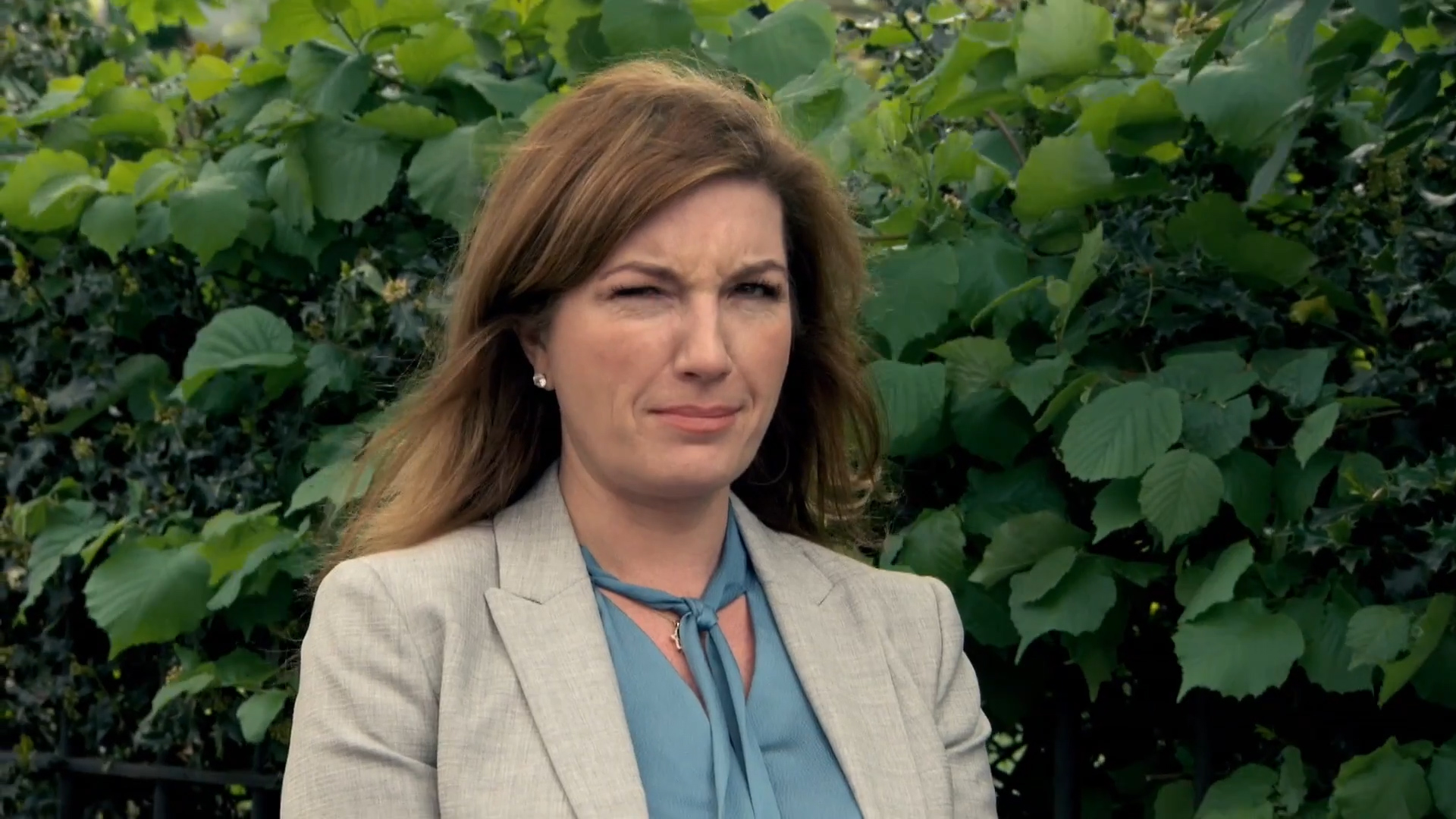