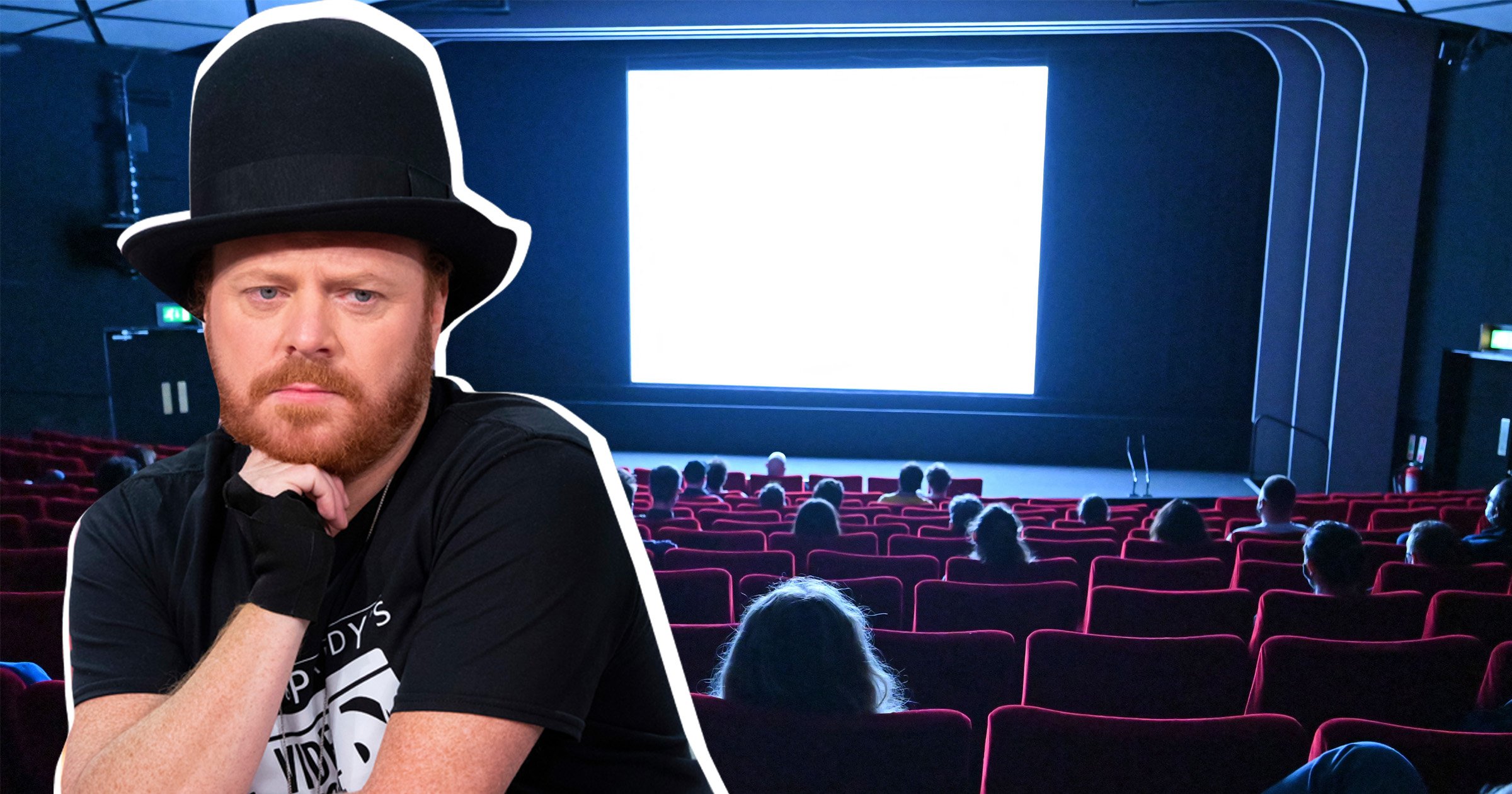 Keith Lemon (AKA Leigh Francis) is best known for being the bonkers host of ITV2’s Celebrity Juice.

But he’s no stranger to the silver screen, having starred in his own 2012 movie Keith Lemon: The Film, as well as a cameo alongside Taron Egerton in Rocketman (2018).

In fact, he’s such a movie buff, he has donated his body to medical science to test the big screen against TV.

So, you’ve just watched Godzilla vs Kong on big screen and small with a load of wires attached. Why have you let scientists from the University Of East Anglia loose on your body?

I’m a massive movie buff. The scientists were measuring my eyes and my pulse to see whether big screen or small screen was more exciting. They put this gel on my hands and I said to them, are you real scientists?

Is this real: Watching Godzilla Vs Kong at the cinema blew my mind. I’d heard people say certain things about it, but I’m like – it’s a giant monkey biting a giant lizard, what did you expect? 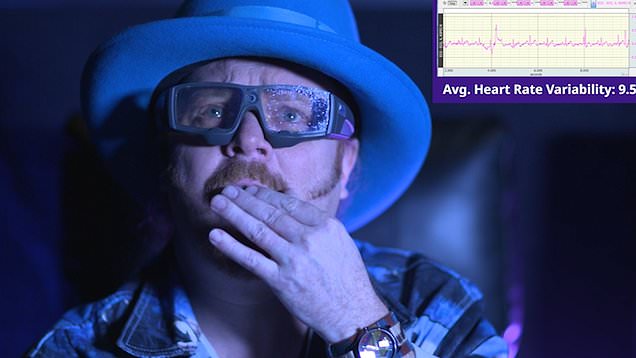 It’s a really fun film. And it’s one of those cinema films, you know? I know people say ‘hey it’s a popcorn movie’, which normally means it’s a s**t film but it ain’t a s**t film at all.

Which cinema did you do it in?

Showcase cinema in Bluewater – which is about 40 mins away from where I live. You can have a little shop too, so it’s not a bad day out. Showcase is my favourite cinema when I go back to Leeds.

I posted a picture of me coming out of one of their cinemas after I had gone to see A Star Is Born with my father-in-law. I always go to see the strangest films with him.

The previous time to that we saw Behind The Candelabra, which is about Liberace. Three teenage kids came in and just looked and laughed while Michael Douglas was being romantic… we had to sit there watching certain things!

What upcoming releases are you most excited about?

The Ghostbusters reboot, because it links back to the original. They keep leaking little bits out – like the Stay Puft marshmallow man!

I know one of the terror dogs are in there because you can hear one of them in the trailer. I’m also really excited about Morbius! People have forgotten about that.

I’m a big Spider-Man fan. I’ve got numerous Spider-Man costumes. When the kids were younger we used to do superhero Sunday where I’d dress up as a superhero and go round the house with them. They’re older now – they’re into Modern Family and Stranger Things.

What collectibles have you bought from the movies?

Lots. I buy anything and everything. The best thing I’ve got is the actual Teen Wolf costume used in the original Teen Wolf movie, which I wore at Jonathan Ross’s Halloween party.

I got it for my 40th birthday. I’ve got his jacket as well, which I bought off the film’s production manager. It was on eBay for a lot of money. I won’t say how much I paid. Ha ha!

What are your cinema snack essentials?

I’ll take a small dustbin from Ikea and fill it with sweet popcorn. And Sprite. That mixture of Sprite and sweet popcorn is cinema to me. It takes me back to when I was a kid and I used to go every Friday with my parents.

Then when I got a bit older I used to go on a Saturday morning and it was 70 pence. I used to see films that I wasn’t allowed to see like Rambo: First Blood. And Gremlins.

Gremlins was a 15! I wasn’t old enough so I had wellies filled with newspaper so I looked like a 15-year-old.

Well, I thought I was as tall as one as I wobbled into the cinema. I was 11!

What was the first film you saw as a kid?

Bambi! It was a double bill with Grizzly Adams. Another double bill I saw was Spider-Man and Sinbad And The Eye Of The Tiger.

A woman turned into a duck, I think, and I was terrified.

Have you ever taken a date to the cinema?

What bad cinema etiquette annoys you most?

When a stranger sits next to you when loads of other seats are free. That’s horrible isn’t it? And when kids are making a lot of noise, because you can’t do anything about it.

Kids are kids, man – you’ve just got to put up with them. But I try and sit as far away from people as possible.

What’s your film-watching set-up at home?

I don’t like revealing things like this because I always think it’s showing off – but I do have a cinema room… I mean it’s not a posh one.

In our last house we bought the biggest blackout blind, which was 10ft. We used to project on to there. Then I got a 10ft screen for a grand off eBay. So we just painted a room dark and put that up. I’m in there quite a lot.

Does your family talk through movies?

My youngest does. When we’re at home it’s like, ‘Why has he got that?’ ‘What’s his jumper?’ ‘Where has he got that from?’ So I take the mickey out of them by doing the same thing.

‘Why has he got two legs? ‘How come he’s got low eyes?’ ‘Why has he got his hair in a centre parting?’ They go, ‘Shut up! Shut up!’ WELL STOP ASKING QUESTIONS THEN. JUST WATCH IT AND WE’LL ALL KNOW!

How many times have you seen your films?

In Keith Lemon: The Film I was in the edit suite so I’d seen it a million times before it came out. I saw it at premiere and I’ve never watched it since.

I haven’t seen Kelly Brook [who starred] for ages but now and again I’ll text her cos we became good mates.

I went to the premiere of Rocketman and I was sat there with all these great actors and there was a cheer in the cinema when I did my one line!

Taron Egerton [who played Elton John] was so nice on set! He said, ‘We’ve met before at [director] Dexter Fletcher’s birthday.’ I said, ‘I was pissed out of my mind. I can’t remember Dexter’s birthday!’

Do you have a final message for our readers?

There is nothing like going to the cinema. What a date if you want to be romantic! What a night if you’re a teenager!

And it’s full of dreams if you’re a little kid. When you hear that sound and it thumps in your heart, it’s so exciting!