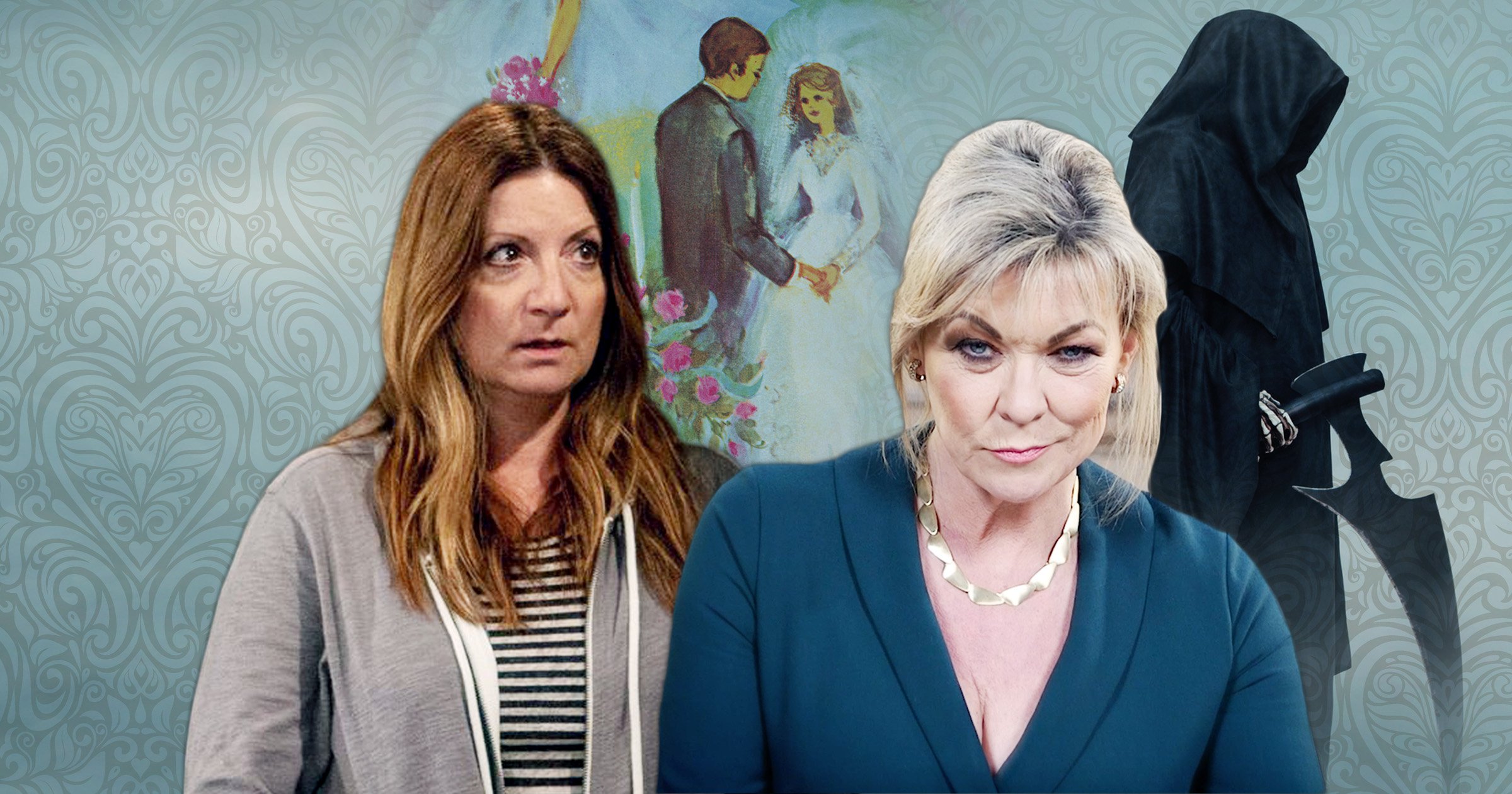 She may have rediscovered a more softer side to herself – call it the fresh country air, if you will – but it’s important to remember that Kim Tate (Claire King) is one of the most dangerous people in Emmerdale.

Especially if you cross her when it comes to matters of the heart.

The prospect of being humiliated on her big wedding day when Harriet Finch (Katherine Dow Blyton) confesses her love for groom Will Taylor (Dean Andrews) will be enough to leave Kim thirsty for revenge.

On the eve of her wedding, Kim overhears the declaration – so how is she going to react?

Crossing Kim is a huge mistake and Katherine told Metro.co.uk that her alter ego should be very scared.

With the big day stripped across the 50th anniversary week of the soap, a week in which a killer, hurricane-esque storm hits the village, the stage is set for death and destruction.

So is Kim set to kill Harriet for destroying her wedding? Show bosses are certainly not ruling out a murder as they confirmed to Metro.co.uk that someone would be arrested for a heinous crime at the end of the week.

‘There is always potential for a murder in Emmerdale. It’s Emmerdale, it’s famous for its murders,’ smiled producer Jane Hudson.

‘I can’t tell you but there’s normally a murderer lurking around a corner somewhere….’

We don’t think we are stretching it at all to assume that Kim may be in the running to fit the bill on that one.

On the wedding, and the potential risk to Harriet, Katherine teased: ‘She’s really playing with fire there, but it’s last chance saloon.

‘She’s got to make her feelings known before he walks down the aisle. Harriet and Kim Tate are both quite feisty women and able to look after themselves.

‘There’ll be fireworks. More fireworks! They’ll have their moments.’

And Jane added: ‘When we get to the end of October it might be the end of our celebrations but we will be ending that month with a storyline which kicks off a whole new story and potentially sees one of our characters looking at spending the rest of their life in jail.

‘I’m not going to tell you anything else about that story, but we are absolutely making sure that when our celebration month ends it’s just the beginning of a whole new chapter, particularly for one of our families.’

Tates in a state perhaps?

We will just have to wait and see, but we are a bit worried about our Harriet…