Home » 'Law & Order': Who Did Anthony Mackie Play on the Show?

Anthony Mackie has been in the Marvel Cinematic Universe since 2014. But he didn’t originally want to do The Falcon and the Winter Soldier. The actor was concerned the project wouldn’t meet the standards of the MCU movies. But it’s far from Mackie’s first TV show appearance. In fact, the Marvel star once appeared in another shared universe: the Law & Order franchise. 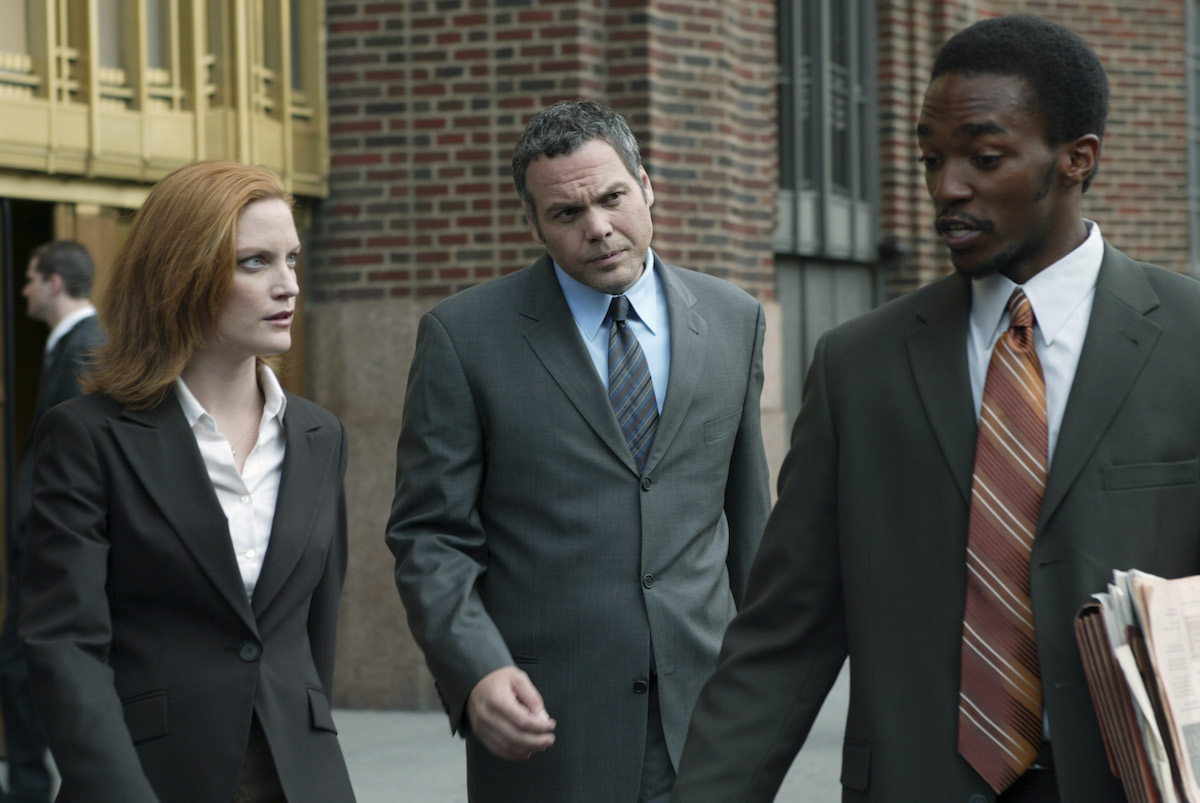 Playing Falcon in the MCU might have given Mackie a huge career boost. But the actor said his superhero role isn’t always the one he’s most recognized for. In fact, his guest appearance in the world of Law & Order is often, he said, what people know him from.

“I’m most famous for 8 Mile and Law & Order because a lot of people don’t watch Marvel movies. When I go to the grocery store, all the older ladies know who I am … I’m like, Law & Order came on. From who they are, I know where they recognize me from.”

8 Mile certainly makes sense as a hallmark of Mackie’s career. In the Oscar-winning film, he plays Papa Doc, the main opponent of Eminem’s Jimmy. As his first movie and a huge hit, Mackie naturally is remembered for that role. But given his small role on Law & Order, that’s a bit more surprising.

But who did the actor play in the iconic TV franchise?

Mackie didn’t appear in the original Law & Order show but one of its many successful spinoffs. More specifically, the actor popped up in a 2003 episode of Law & Order: Criminal Intent. The show ran from 2001 to 2011, with Vincent D’Onofrio and Kathryn Erbe in the leads. D’Onofrio, of course, went on to star as Wilson Fisk aka Kingpin in the Marvel series Daredevil.

In the episode titled “Pravda,” Mackie plays Carl Hines, a writer who becomes a suspect in his girlfriend’s murder. Glynn Turman (Ma Rainey’s Black Bottom) plays Roy Hines, his father and another suspect. The fact that Mackie is so frequently recognized for this one-off role is perhaps a testament to the strength of the episode and the loyalty of Law & Order fans.

The actor has said he was mostly offered gangster and rapper roles after 8 Mile. Although his Law & Order role fits into neither category, it demonstrates just how much range Mackie truly has as an actor. And it’s exactly that charismatic presence Marvel is tapping into now.

Will Anthony Mackie become the next Captain America in the MCU?

The end of Avengers: Endgame teased Mackie’s Sam Wilson would become the next Captain America. But as The Falcon and the Winter Soldier fans know, the character isn’t quite ready to wield the shield just yet. However, the series could very well conclude with Mackie as the MCU’s next Cap.

Thus far, Mackie has been adamant Falcon is not Captain America. Of course, Wanda Maximoff (Elizabeth Olsen) wasn’t technically Scarlet Witch until the final moments of WandaVision either. So MCU fans should keep a close watch on The Falcon and the Winter Soldier to see how it plays out.