The image, shot during filming on location in Croatia, shows Oscar winner Winslet as the pioneering American photographer who covered WWII in Europe for British Vogue.

Filming is ongoing on the directorial debut of respected cinematographer Ellen Kuras (Eternal Sunshine Of The Spotless Mind).

The film is not being called a biopic by Winslet and the producers, but it does explore the most significant decade of Lee Miller’s life. As a middle-aged woman, she refused to be remembered as a model and male artists’ muse and defied expectations by travelling to Europe to report from the frontline. There, in part as a reaction to her own well-hidden trauma, she used her Rolleiflex camera to give a voice to the voiceless. What Lee captured on film in Dachau and throughout Europe was shocking and horrific. Her photographs of the war, its victims and its consequences remain among the most significant and historically important of the second world war. The film will also deal with the personal price of her endeavors.

Joining the cast, we can reveal, is Alexander Skarsgård as English Surrealist painter, photographer, poet and biographer Roland Penrose (the role was previously going to be played by Jude Law but the British actor is no longer aboard). Andy Samberg is confirmed in the role of Life Magazine photographer David E. Scherman; previously announced were Marion Cotillard playing Solange D’Ayen, the fashion director of French Vogue and close friend of Miller’s, Josh O’Connor as Tony, a young journalist, and Andrea Riseborough as British Vogue Editor Audrey Withers. 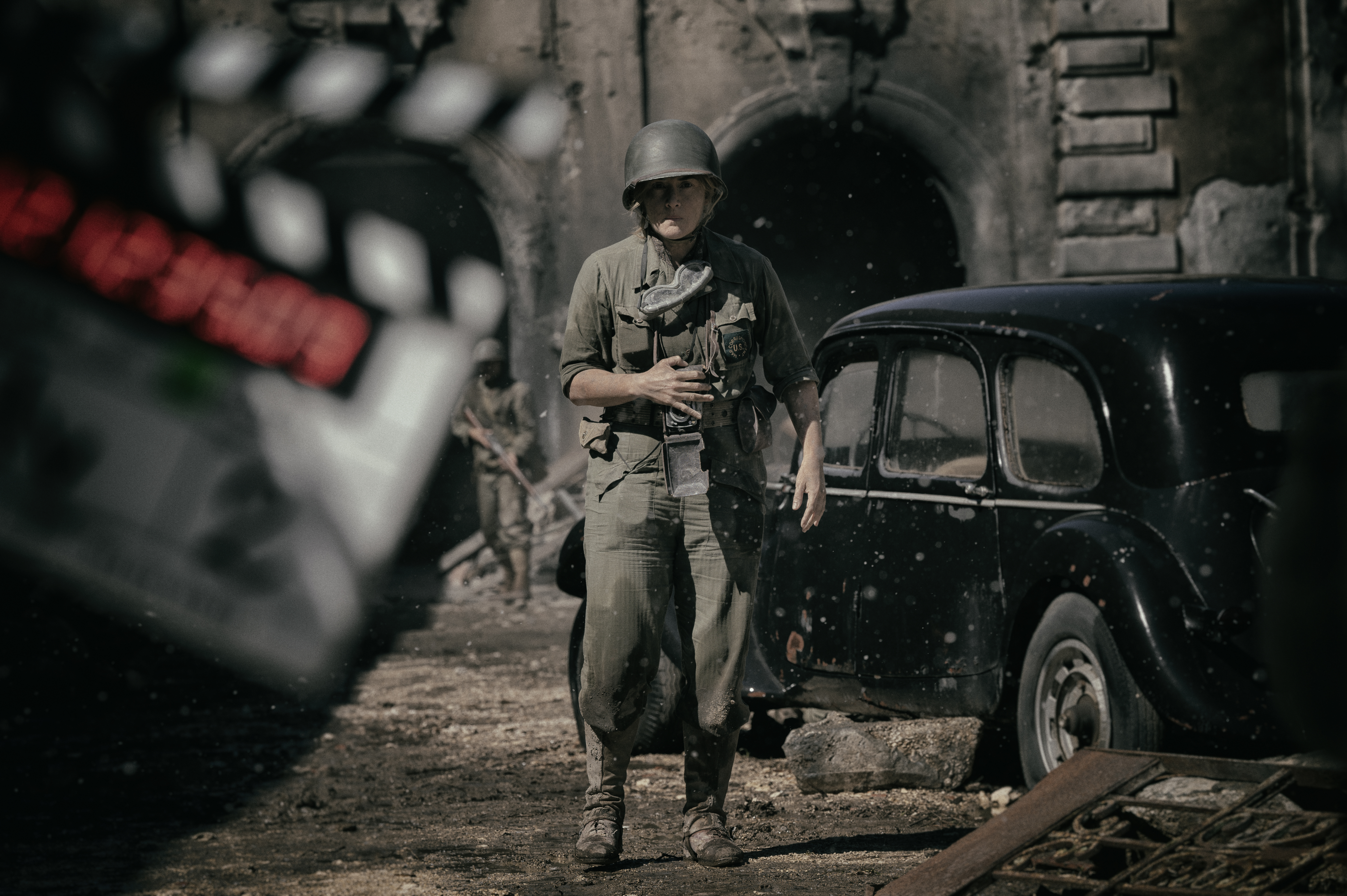 The creative team includes director of photography Pawel Edelman (The Pianist, Ray), production designer Gemma Jackson (Aladdin, The Gentlemen), costume designer Michael O’Connor (Jane Eyre, The Duchess), hair and make-up designer Ivana Primorac (Darkest Hour, The Crown) and music is being composed and conducted by two-time Academy Award winning composer Alexandre Desplat (The Shape of Water, The Grand Budapest Hotel). Lee is written by Liz Hannah, Lem Dobbs, John Collee and Marion Hume and is based on The Lives of Lee Miller by Antony Penrose who serves as a consultant to the production.

Kate Winslet said today: “To me, she was a life force to be reckoned with, so much more than an object of attention from famous men with whom she is associated. This photographer, writer, reporter, did everything she did with love, lust, and courage, and is an inspiration of what you can achieve, and what you can bear, if you dare to take life firmly by the hands and live it at full throttle.”

Julia Stuart, Director of Original Film at Sky, added: “Sky is honoured to bring Lee Miller’s wartime journey to screens across the UK. Lee Miller was an utterly unstoppable woman, whose timeless story is as relevant now as it was in her day, and there is no one better suited to that role than the masterful Kate Winslet.”