Season six of Line of Duty will see Kelly join the team as DCI Davidson, senior investigating officer of an unsolved murder “whose unconventional conduct raises suspicions at AC-12”. In the behind-the-scenes shots posted on Twitter, Vicky, who plays DI Kate Fleming, can be seen walking alongside DCI Davidson. Could DI Fleming go undercover in a bid to bring down AC-12’s latest enemy.

The shots shared by Jed don’t give too much away in terms of the storyline but it’s seems DI Fleming is getting close to DCI Davidson.

In one photo, the pair can be seen having fun as they pose for the camera while in another they can be seen walking side-by-side.

However two other images show the pair in character in tense scenes.

DI Fleming is wide-eyed as she’s pictured holding her walkie talkie up to mouth watching something take place. 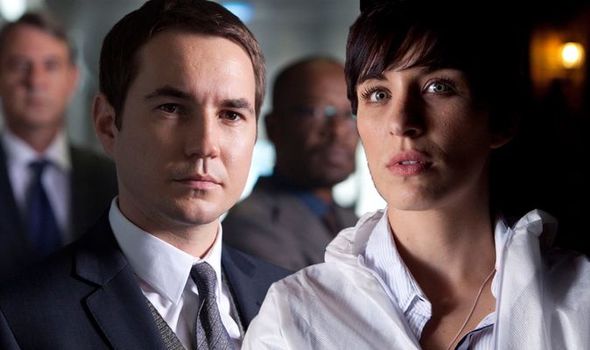 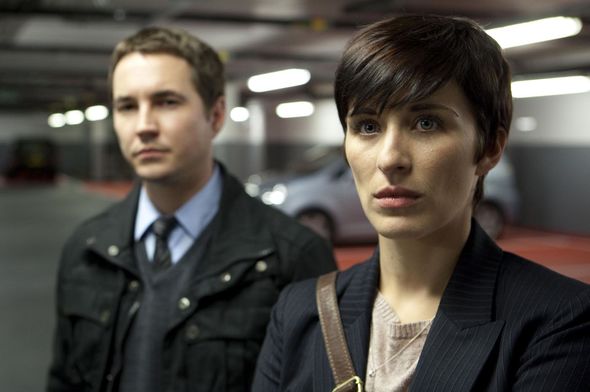 In the other, DCI Davidson ca be seen looking shifty as she sits next to DI Fleming in the car.

The officer is pictured in a bulletproof vest and police cap as she looks worryingly over at DI Fleming.

Theorising what could be going on, some fans suggested DI Fleming could go undercover once again to find out what DCI Davidson is up to.

Could DI Fleming “replace” DS Steve Arnott (played by Martin Compston) so she can learn more about the senior police officer. 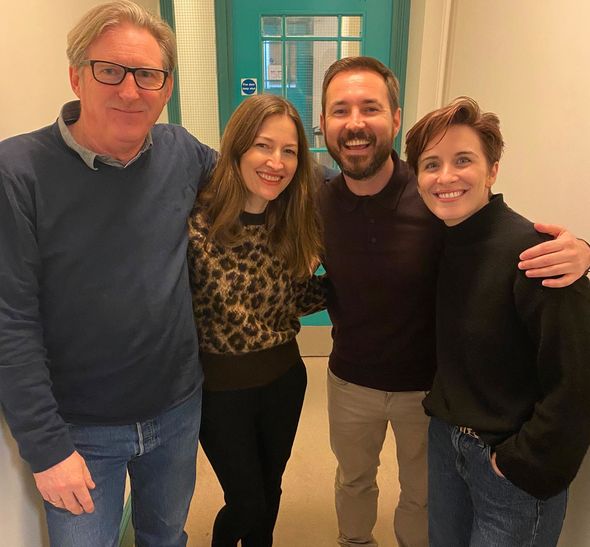 Fans know how close DS Arnott and DI Fleming are so it would be interesting to see how they work without each other.

Alongside the four images, Jed tweeted: “#LineofDuty6 ⁦V-Mc and K-Mac … two of Britain’s top actors side by side at last.

“One minute they’re Cagney and Lacey, the next they’re French and Saunders.”

Fans rushed to reply and theorise what could be taking place, with one writing: “Are we getting an undercover Kate again?! Let’s hope she does a better job this time!”

Another added: “Nice to see Kate have a female buddy.. hope Steve not feeling too left out though lol.”

While AC-12 investigate DCI Davidson, they will also be trying to work out who the final H is as they try to bring down the Organised Crime Gang.

Fans are certain Ian Buckells (Nigel Boyle) is the final member of the OCG and have pulled out all the evidence they can find.

One fan has pointed out Buckells can be seen appearing to bribe Ryan Pilkington (Gregory Piper), who was recruited by the Organised Crime Gang, with a Big Mac – could he be doing it to keep the youngster quiet?

AmbassadorCharming wrote: ”I was re-watching all the episodes when I noticed something weird in S1 finale.

“As we know Kate interviewed Ryan about Steve’s torture. Straight after that Buckles Comes in he seems worried.

“After Buckles sits down with Ryan, Ryan says “Can I have my Big Mac now?” I think buckles may have bribed him with it.

“I know it sounds stupid but if Ryan was poor and living in a rough area, then a Big Mac would be a massive deal for the kid.”

Line of Duty seasons 1-5 are available to stream on BBC iPlayer now.