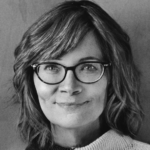 Ann Hornaday began her career at Ms. Magazine and eventually started writing about movies for the New York Times. In 1995 she became the movie critic at the Austin American-Statesman before becoming a movie critic for the Baltimore Sun. In 2002, Hornaday began working at the Washington Post, where she is currently a film critic. Ann is the author of “Talking Pictures: How to Watch Movies” and was a finalist for the Pulitzer Prize in criticism in 2008. 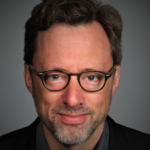 Michael Phillips is the Chicago Tribune film critic. Prior to that, he was the theater critic for the Los Angeles Times and the San Diego-Union Tribune, and started out his career as the arts editor and film critic for the Twin Cities weekly City Pages. He’s co-hosted over 100 episodes of “At the Movies,” including a season with A.O. Scott, and more recently introduced 100 or so films on Turner Classic Movies. 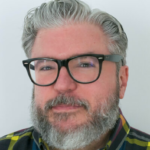 Alonso Duralde is the chief film critic for TheWrap and co-host of the podcast “Linoleum Knife.” He also regularly appears on “Who Shot Ya?” and “Breakfast All Day.” Additionally, Duralde is senior programmer for the Outfest Film Festival in Los Angeles and a consultant for the USA Film Festival. He is the author of two books “Have Yourself a Movie Little Christmas” and “101 Must-See Movies for Gay Men.” 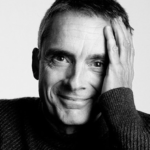 Stephen Galloway is the Dean of the Chapman University Film School. As an Emmy Award-winning writer and producer, Galloway created The Hollywood Reporter’s celebrated Oscar Roundtables, along with the Netflix series “The Hollywood Masters,” which he hosted and executive produced. In 2009 he created the award-winning Women in Entertainment Mentorship Program and in 2019 he spearheaded a leadership program for young men and women of color, the Young Executives Fellowship, in association with Oprah Winfrey.

About “Conversations on Cancel Culture” Series

The “Conversations on Cancel Culture” series addresses a new wave of pressure to be silent – or be silenced – that has spread rapidly from media to entertainment to politics. Is this a new form of censorship? Or a necessary corrective to entrenched privilege?

That very title “Cancel Culture” is provocative and prone to controversy. And yet we feel it is important to have thoughtful and robust dialogue around this issue which encompasses both free speech and accountability, the rise of social media pressure groups and the real-life violence that has sometimes also ensued.

The series will talk to journalists, comedians, film critics and academics among others to address this complex topic that is – just to confuse things – being hijacked for all manner of misinformation and political posturing.

Left unexamined, “cancel culture’ threatens to undermine the free exchange of ideas. Debate, discussion and disagreement, and tolerance of those who hold different beliefs.

For more information about Conversations on Cancel Culture, a multi-media series by TheWrap visit: thewrap.com/cancel-culture-series