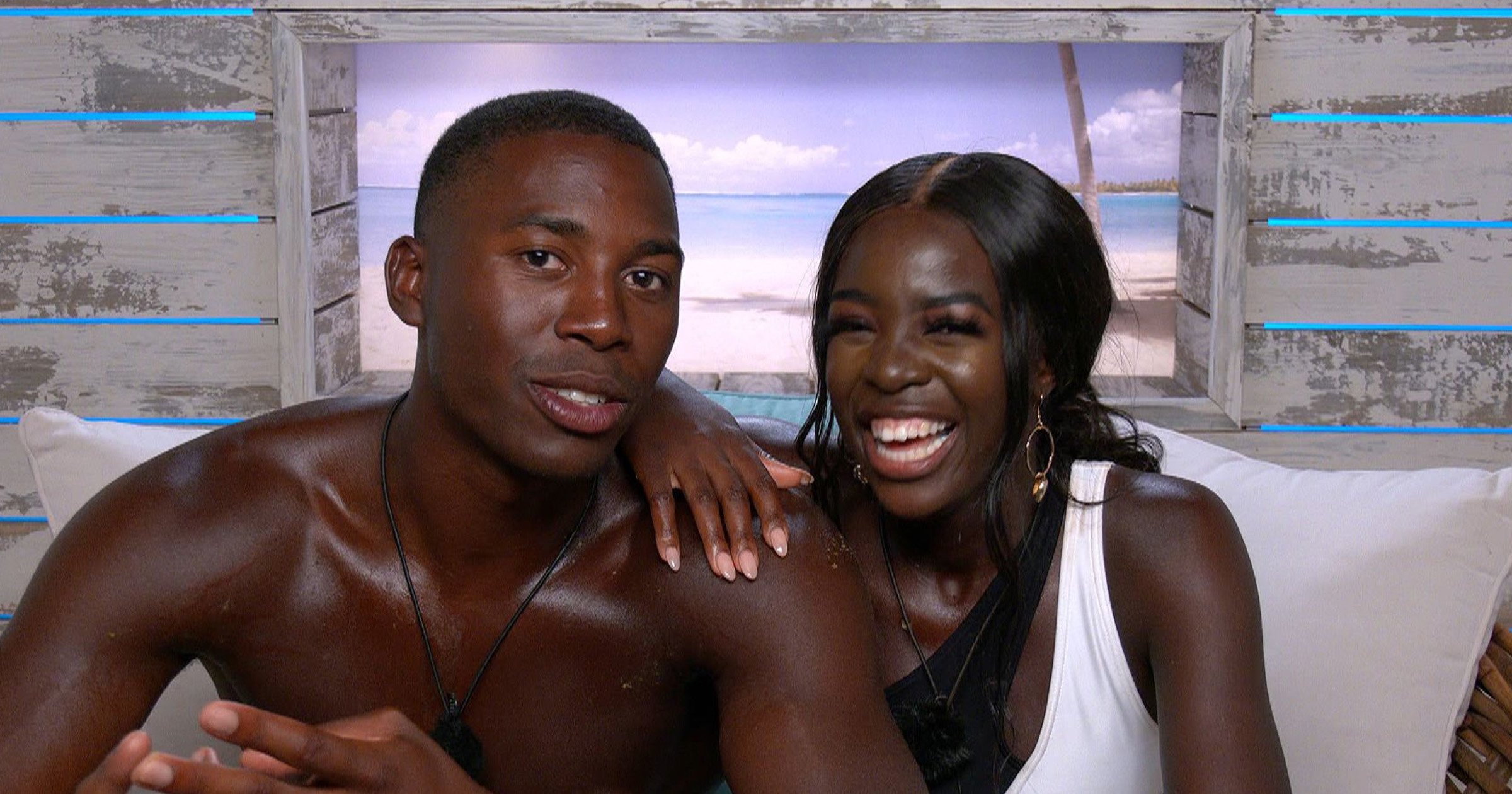 The power was in the boys’ hands as the girls pulled out all the stops to secure their futures.

Viewers were previously left fuming after they found out they would have to wait another day for the dramatic recoupling they were promised, but tonight all of their questions were answered.

Aaron chose to save Kaz instead of Rachel Finni, Sharon Gaffka and Faye Winter, who were all standing before him.

Aaron said he wanted to save someone who he believed hadn’t had enough of a chance in the villa, with the duo having formed a close friendship.

Kaz seemed shocked by the decision but was thankful nevertheless.

‘I appreciate you so much,’ she whispered to Aaron after he saved her.

Fans were quick to share their support for his decision.

‘Naaaaaaaaah Aaron is a villain but has also fully redeemed himself. I don’t know how to feel at all,’ one person tweeted.

‘It’s Aaron saying Kaz is his favourite person for me. She has a big personality,’ said another.

Another fan wrote: ‘DO I LOVE AARON NOW IM SO CONFUSED.. HE SAVED OUR GIRL!!!’