The Irish scientist, 23, was ditched from the villa during last night's show after Danny, 21, picked Arabella, 28, over her – putting an end to their bitter love triangle. 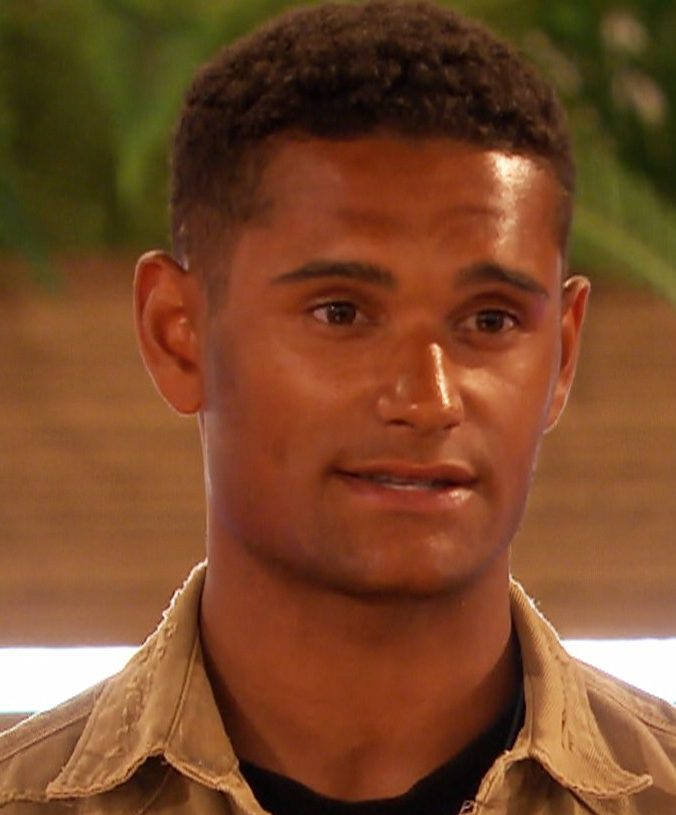 It said: "Well what can we say.. It’s always extremely sad to see someone leave the island, and we genuinely do love Yewande here, but you have to go with your gut and be true to yourself when it comes down to it."

But his followers – some of who also branded him a "“p***k” – weren't pleased and left a string of stinging messages under the post.

One said: "Honestly can’t wait for you and Arabella to be voted off!" 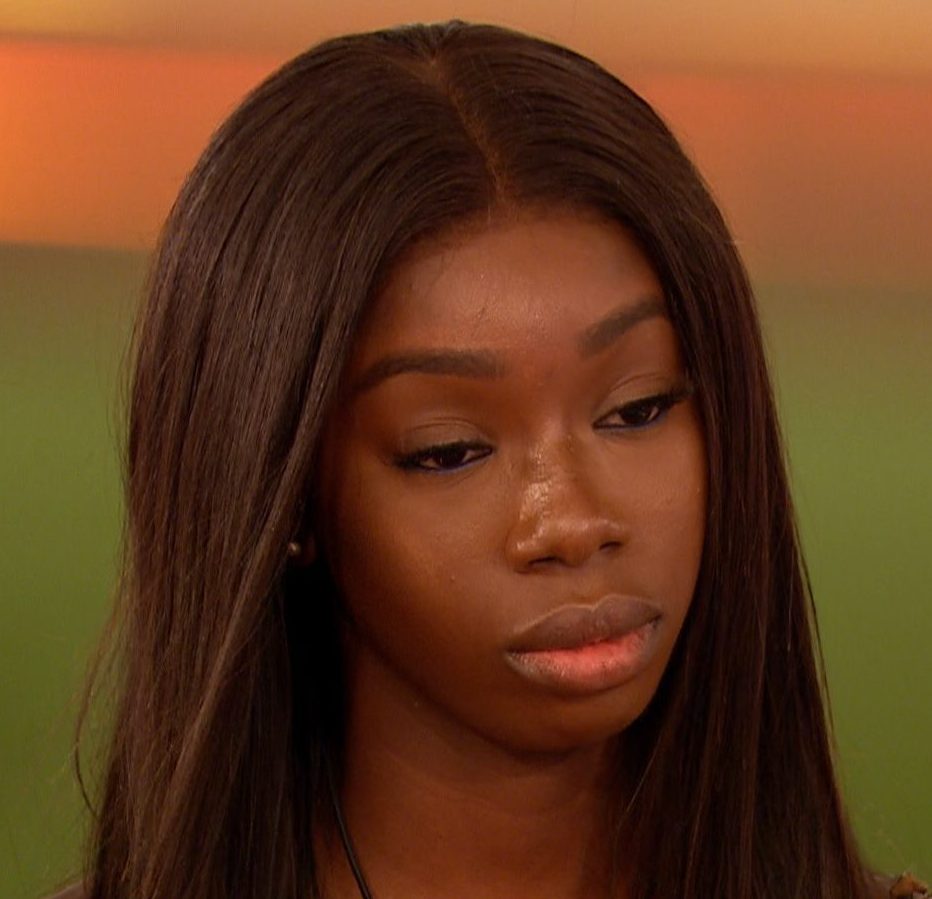 Another said: "At every chance I get I will vote you and Arabella off."

A third added: "Like this if your voting Danny out first chance you get'. That post picked up 1,900 likes in just a few minutes."

A fourth warned: "enjoy your time in the villa cos your going soon x".

Yewande wasn't happy to be booted from the show and as she left, she told Danny: “I hope you enjoy your time in the villa. 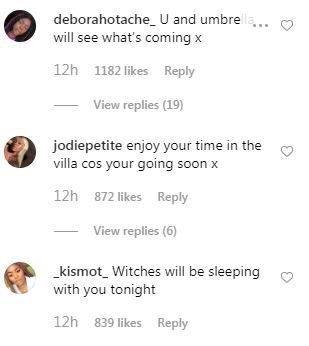 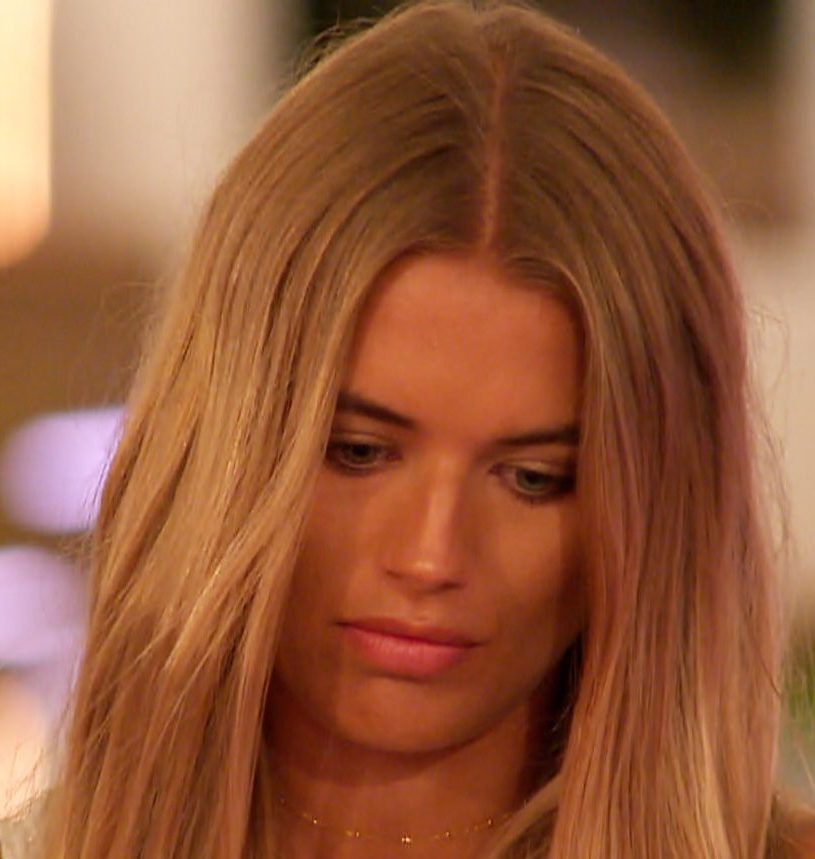 “What goes around comes around. Have a nice life.”

Speaking after her exit, she slammed the new couple, saying: "A bombshell coming in, it’s very hard and it’s difficult to know their intentions.

"I hate it when a bombshell comes in saying ‘I want to get to know everyone’, because that is a lie.

"You know who you’re going for. She knew she wanted Danny. 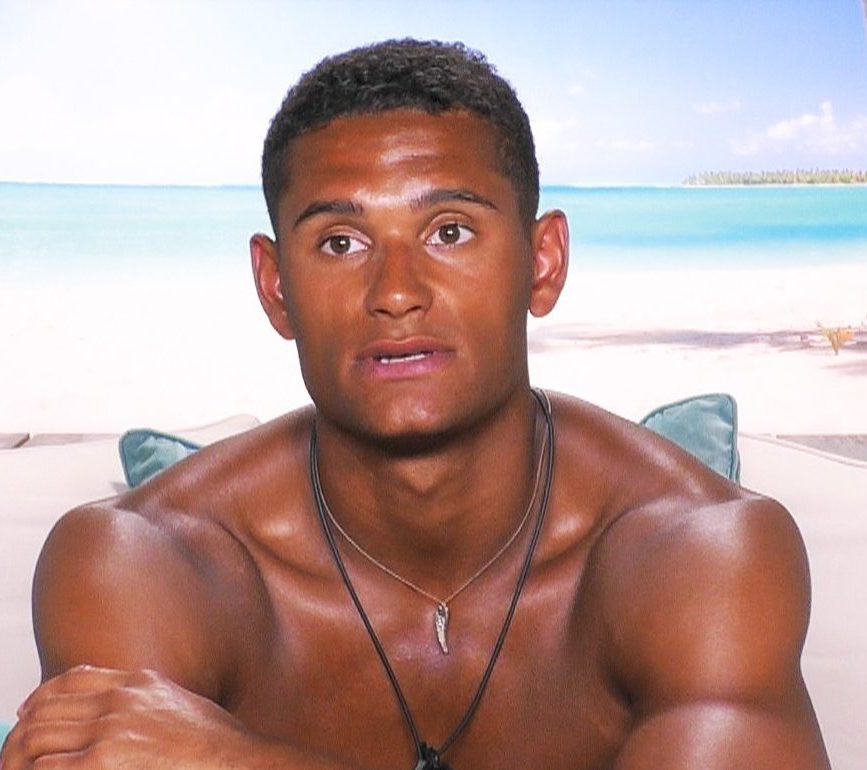 "I feel like if he does get to know her, it’s not going to work. There are so many factors – they’re so different, and the age gap."

Yewande, who had a huge showdown with the pair during Sunday's episode before the recoupling, added: "You have to be realistic. He’s just starting his life – he’s only 21.

"They are in two different phases of their lives. In the villa, it’s very easy to forget." 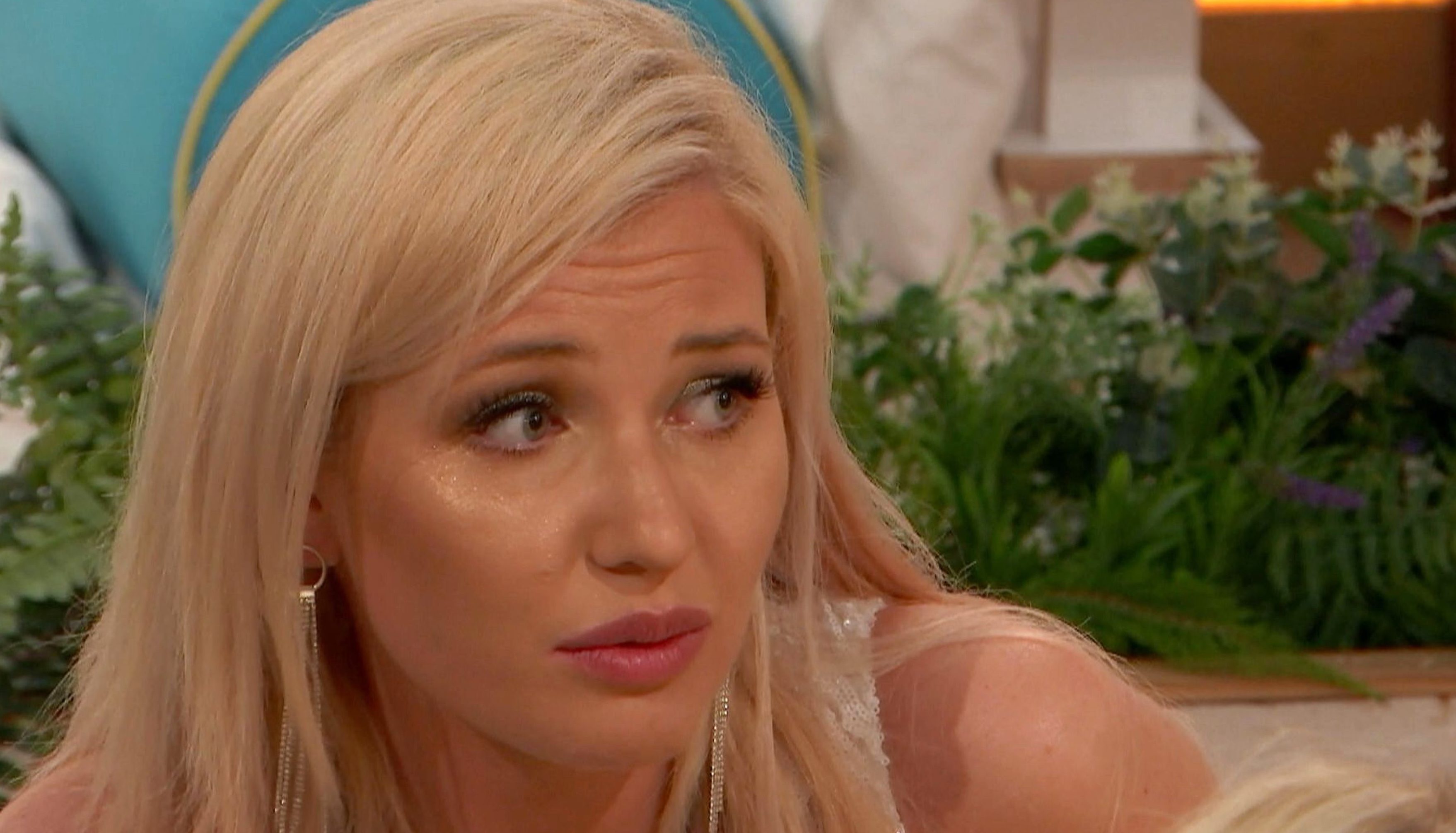 Speaking exclusively to The Sun Online, a friend of Amy's explained that while the family expected a "certain level of scrutiny" when she signed up to the show, they can't tolerate the cruel remarks.

They added: "What is not expected nor deserved is malicious and hateful comments, including death threats.

"Love Island is a lighthearted television show and should be taken as such. Amy is supportive, loyal and kind and certainly does not deserve the extreme level of negativity.

"These comments do not only affect Amy herself but her friends and family."

They wrote: "Everyone is entitled to their own opinion, however, the way some people are gunning for Amy is shocking and really upsetting for her friends and family and everyone who knows and loves her.

"The volume of hateful comments and death threats we have received over the last couple [of] days has been completely off the scale and extremely upsetting.

"They still continue to come through, and it stems from one comment made four episodes ago, which was said in support of Lucie."