Lucifer (played by Tom Ellis) is back to his devilish ways – but this time on Netflix for his fourth season.

Fans of the franchise have had a tough year, as the show was cancelled in May by Fox, before being picked up by the streaming giant.

And today marks the resurrection of the devil, shortly after he revealed his devil face to Chloe Decker (Lauren German) in the finale of season three.

Some fans have expressed concern about how the show might change in the fourth season on a new network, but Lucifer star Tom has now explained why the new network is the perfect place for Lucifer to continue.

Tom explained: “We can swear if we want to – we can show more flesh.”

Speaking to the New York Post, Tom was eager to quell fans’ fears about the quality of the show – and the sauciness of it, too.

And Lucifer getting a little naked throughout each episode is one thing Tom wanted to maintain in the show.

He continued: “That was one of those things we’ll do with the cheeky wink and a glint in the eye that we always do.

“It’s not gratuitous, but it’s fun. We might push it an extra ten percent, but it hasn’t become a different show at all.”

And it looks like Lucifer’s struggle to stay clothed is one of the biggest consistencies between seasons so far. 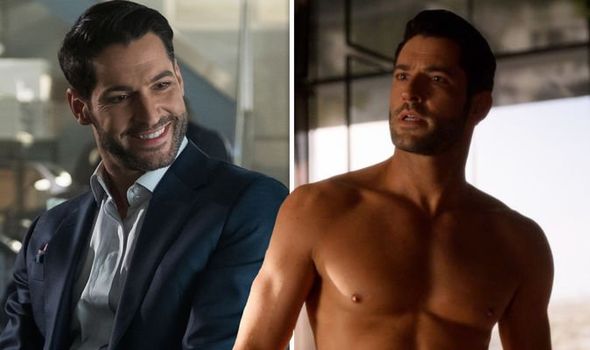 However the biggest difference in the show is Lucifer’s demeanour.

While the arrival of Eve (Inbar Lavi) – Lucifer’s former girlfriend confuses him a little, he mostly struggles with doing the right thing for the world – and himself.

And Tom also explained the thinking behind this change to SYFY WIRE recently.

He began: “Lucifer, in trying to do the better thing, actually results in someone dying.

“He takes that very badly. So, Lucifer decides to resort to the punisher he believes he now is. He does something very bad.” 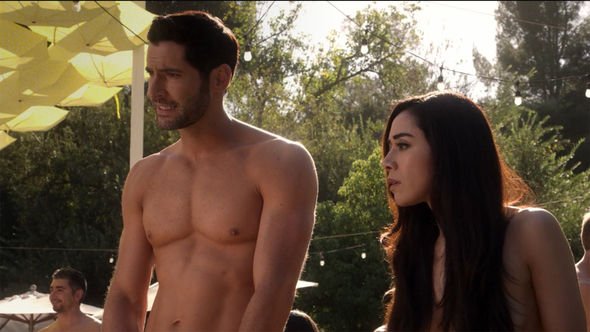 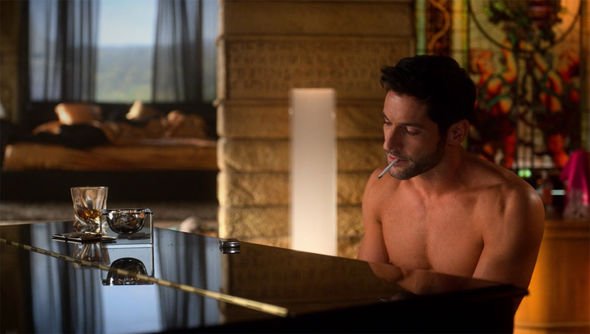 While Lucifer causes some problems throughout the ten episodes of the show, and he sees a lot of kickback from his decisions.

Tom continued: “There are consequences to that towards the end of the season.

But will he remain on the side of good once the problems continue to arise?