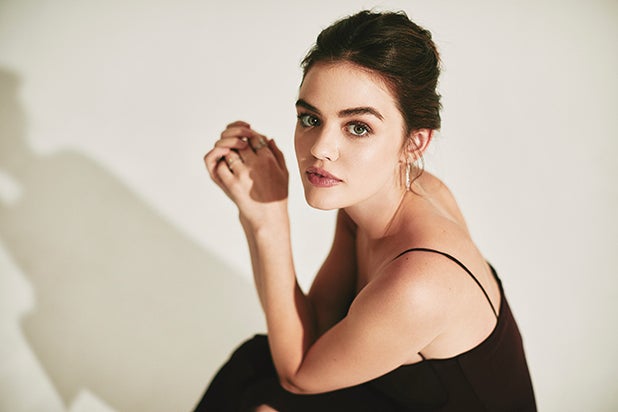 “Katy Keene” and “Pretty Little Liars” alum Lucy Hale will star in the drama series “Ragdoll,” which is set to air on AMC in the U.S. and Alibi in the U.K., TheWrap has learned.

Based on the novel by Daniel Cole, here is the description for the six-episode series: “Six people have been murdered, dismembered and sewn into the shape of one grotesque body — nicknamed the ‘Ragdoll.’ Assigned to the shocking case are DS Nathan Wolf, recently reinstated to the London Met; his best friend and boss, DI Emily Baxter; and the unit’s new recruit, DC Lake Edmunds (played by Hale). The ‘Ragdoll Killer’ taunts the police by sending them a list of his next victims, with Wolf’s name among them. And with those victims to protect, our heroes soon come under intense public scrutiny. A gruesomely imaginative serial killer thriller, ‘Ragdoll’ also captures the fascinating but flawed friends struggling with the consequences of institutionalisation and trauma.”

Filming on the show is set to begin this spring in London, with a planned premiere later this year.

Ordered to series by AMC and Alibi last month, “Ragdoll” will be written and executive produced by Freddy Syborn (“Ms Marvel,” “Bad Education”). Other executive producers include Sally Woodward Gentle and Lee Morris for Sid Gentle Films Ltd, one of BBC Studios’ invested indie production companies. Dan McDermott and Kristin Jones will take the lead for AMC, and Philippa Collie Cousins, commissioning editor of drama for UKTV, will be executive producer for Alibi. Lizzie Rusbridger is a producer.

BBC Studios will distribute the series.

Best known for her parts on “Pretty Little Liars” and The CW’s “Katy Keene,” Hale’s other notable TV credits include  “Life Sentence” and “Privileged.” On the film side, she has starred in “A Nice Girl Like You,” “Truth or Dare,” “Son of the South” and “The Unicorn,” and recently wrapped “Borrego.”

She is repped by ICM and Reel Entertainment.