Martha Stewart knows all about hosting a traditional Easter dinner. She has put together a complete holiday menu that highlights the first produce of the season. All of the veggies in Stewart’s menu celebrate spring. They also play an important role in each dish. 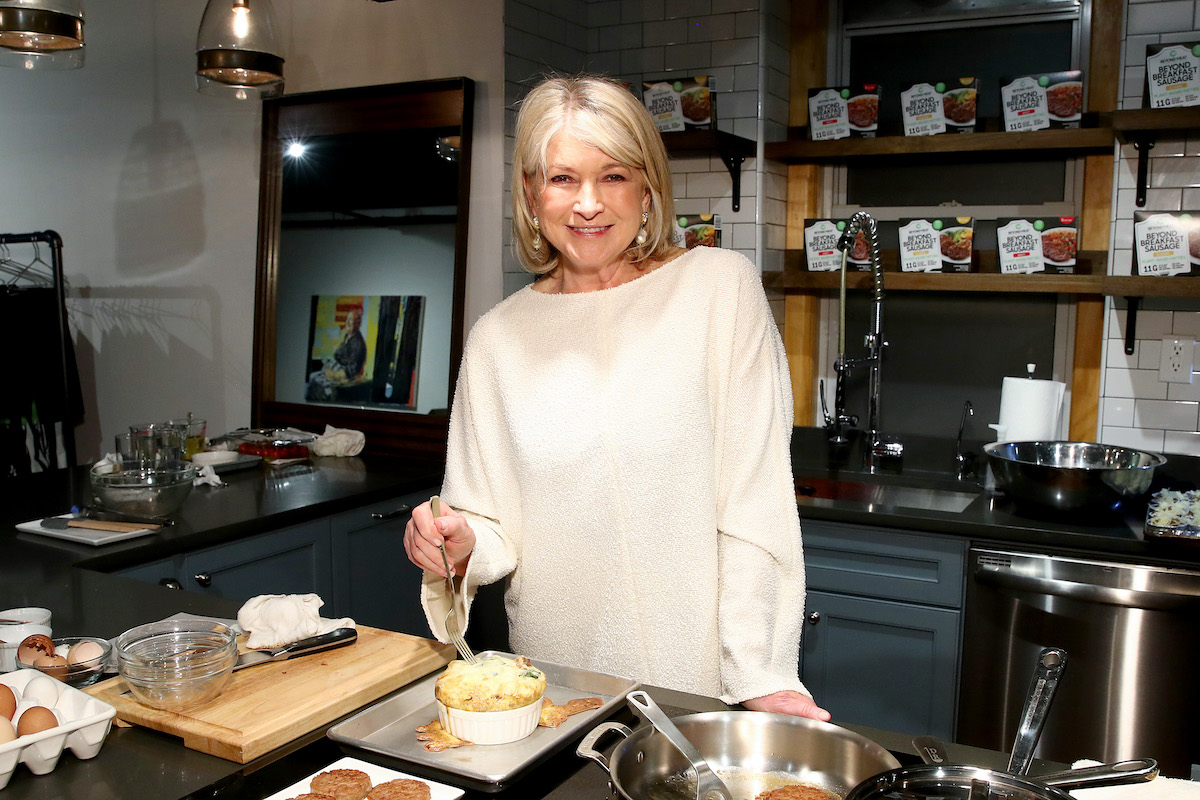 For an Easter dinner appetizer, Stewart suggests a starter of Steamed Artichokes with Tarragon Mayonnaise. The artichokes can be steamed and chilled ahead of time with water and lemons.

The main dish is a marmalade-glazed ham

For the show-stopping main course, Stewart has a yummy recipe for Marmalade-Glazed Ham. The citrus flavor of the glaze will compliment your veggie side dishes. And the ham can be ready in less than two hours, with just four steps.

The only ingredients you’ll need for the main dish are one smoked bone-in ham, a half-cup of orange marmalade, three tablespoons Madeira or dry sherry, fresh lemon juice, and a navel orange.

Step one is to preheat the oven to 350 degrees and cover the ham with a large piece of parchment. You’ll need to cover the parchment with foil. Place the ham with the widest side down on a heavy rimmed baking sheet and bake for one hour.

Make the glaze while the ham is in the oven

As your ham bakes in the oven, heat the marmalade, madeira or sherry, lemon juice, and orange juice in a saucepan over medium heat. Heat the glaze for about five minutes, until it’s runny.

When the ham is ready, step three is to remove it from the oven and uncover. You’ll need to score the ham all over in a diamond pattern. Then, brush half of the glaze over the ham and cover it with thin slices of orange.

Finally, increase the oven temperature to 425 degrees and bake the ham uncovered for 20 minutes. Brush the ham with the remaining glaze and bake another 10 to 15 minutes, until golden brown. Be sure to let the ham rest for at least 15 minutes before slicing.

The spring produce really shines in Stewart’s traditional Easter side dishes – Scalloped Potatoes with Leeks and Roasted Asparagus. For the potato casserole dish, the leeks will need to be trimmed, thinly sliced, and rinsed well.

For the first of the season asparagus, all you need to do is toss them in some oil, salt, and pepper. Then, simply roast them in an oven at 425 degrees for about 15 minutes,  until they are tender and golden.

There are two different dessert ideas

For the Easter holiday, Martha has two different dessert ideas — Lemon Cake and Sugar Cookie Bunnies. The lemon cake is light and spongy, and Stewart suggests decorating it with your favorite edible flowers.

The Sugar Cookie Bunnies feature flour, baking powder, salt, butter, sugar, egg, and vanilla extract. You can serve them on dessert plates at the end of the meal. Or, consider wrapping them in cellophane and handing them out as party favors for your holiday guests.

With Stewart’s Easter holiday menu, there’s no need to be in the kitchen for hours and hours. Instead, you do a lot in advance. The day before, assemble the scalloped potatoes, cover them, and put them in the fridge. You can also bake the lemon cake and cookies the day before, set the table, and chill your beverages.

Two hours before it’s time to eat, cook the ham and steam the artichokes. When the artichokes are ready, place them in the fridge. Next, put the potatoes in the oven and make your ham glaze. Thirty minutes before the ham is done, you can make the tarragon mayonnaise. The last thing you’ll need to do before mealtime is garnish the cake and slice the ham.