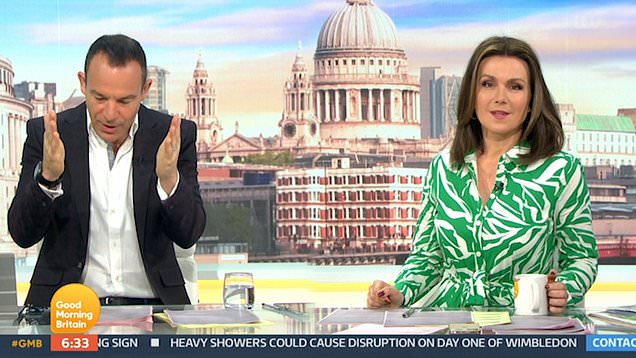 Martin Lewis was quizzed by Susanna Reid on his decision not to wear a tie while hosting Good Morning Britain for the first time, despite being advised by ITV producers to do so.

The financial expert joined Susanna on Monday’s programme wearing a black blazer with a white shirt.

As Susanna welcomed her new guest co-host to the show she jokingly asked whether his recent tooth surgery ‘prevented him from wearing a tie’.

‘The tie thing is interesting because the bosses said, “Are you gonna wear a tie, it’s part of our format to wear a tie”. I’m not disrespectful of the programme’s structure, I was on it for 15 years. Because I talk about money I’ve always had a deliberate thing, I won’t wear a tie because it appears corporate and when you’re talking money, I want people to understand I’m not on the corporate side I’m on the other side.’

‘Don’t pull a face at me,’ he said to Susanna before continuing, ‘Therefore I feel smart is good but I’m not gonna wear a tie.’ 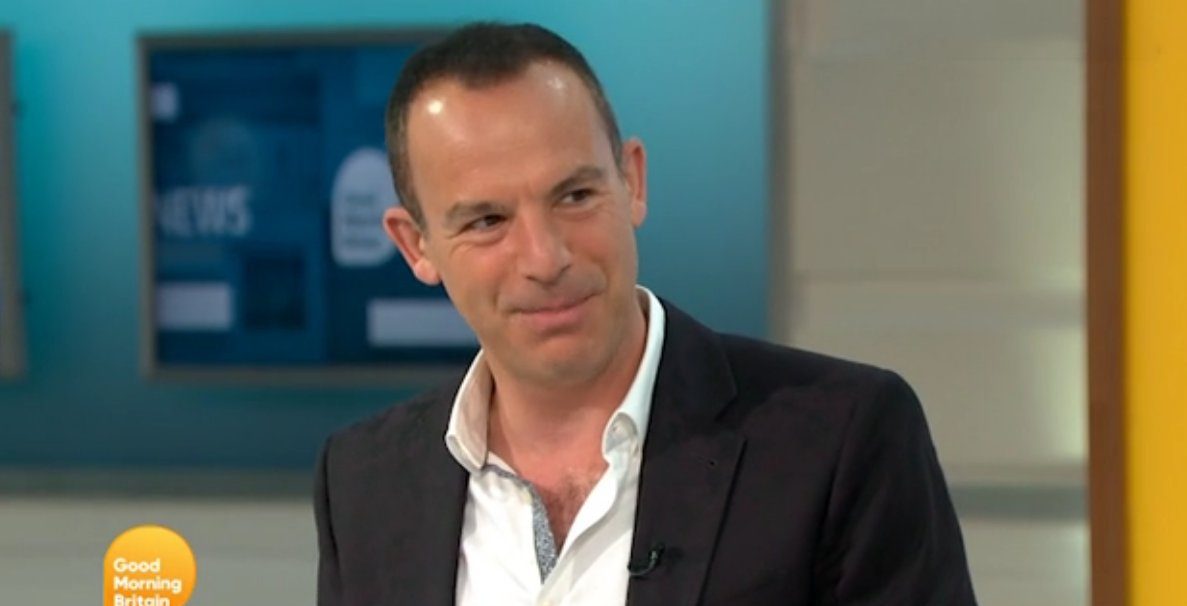 After joking about revealing his ‘greying chest wig’ to the nation first thing on a Monday he then announced the programme would be running a poll about his wardrobe.

‘Viewers are the ultimate arbiter of this so I’ve agreed that I won’t wear a tie on the first day, we’re gonna do a poll on Twitter asking whether you think I need to wear a tie. I feel more comfortable without but if you say wear a tie from tomorrow I will put a tie on.’

‘So when the bosses say wear a tie you say no, but when the viewers say wear a tie, they’re the important ones,’ Susanna said, remarking that he’s ‘got his priorities right’.

Martin told her he would only agree to change to more formal attire if his actual bosses – the viewers – wanted him to.

Later in the programme it was revealed that over 80% of viewers who voted in the poll felt the presenter didn’t have to put on a tie, so it’s more chest wig until Wednesday.

The money saving expert joins Susanna on the news programme until June 30, joining the likes of Adil Ray and Richard Madeley in replacing Piers Morgan, who quit Good Morning Britain earlier this year over his comments about Meghan Markle’s mental health.

On Twitter, Martin previously said that while he was excited to be a guest presenter for the week, he isn’t interested in becoming Susanna’s right hand man permanently as he has ‘other key commitments’ and doesn’t fancy the early starts.