MEGAN Barton-Hanson has revealed in detail how she "retouches" her photos on Photoshop before sharing them online.

The bombshell reality star said that on top of the heavy amount of hair extensions and make-up that she uses, she also changes the "colour and grain" of her skin on the editing app. 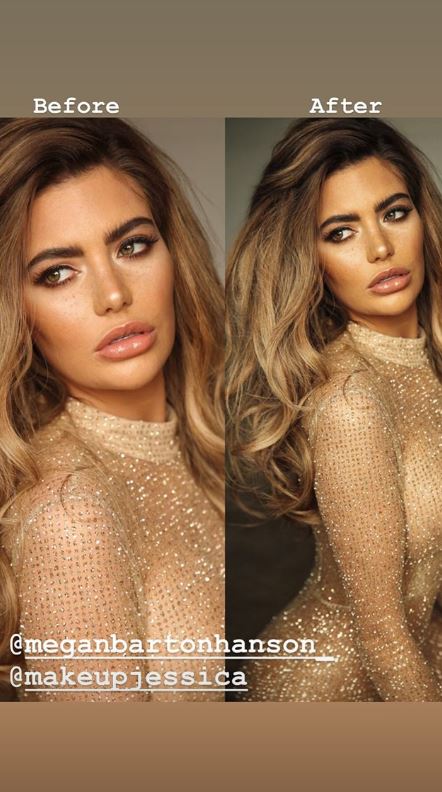 But she denied airbrushing her skin or changing the shape of her face after a backlash from fans last week, and told them on Tuesday: "I'm the first to admit when I've had photos retouched slightly … I pride of myself being honest."

Megan then shared a series of pictures on her Instagram story on Tuesday and pointed out what was real and what had been edited.

Jodie wrote over the pic: "After a few comments I've seen, I would like to show @meganbartonhanson_ before and after pictures. She very much did look like this on the day. I actually pride myself on being quite a natural photographer I don't actually airbrush skin or change anyone's face. 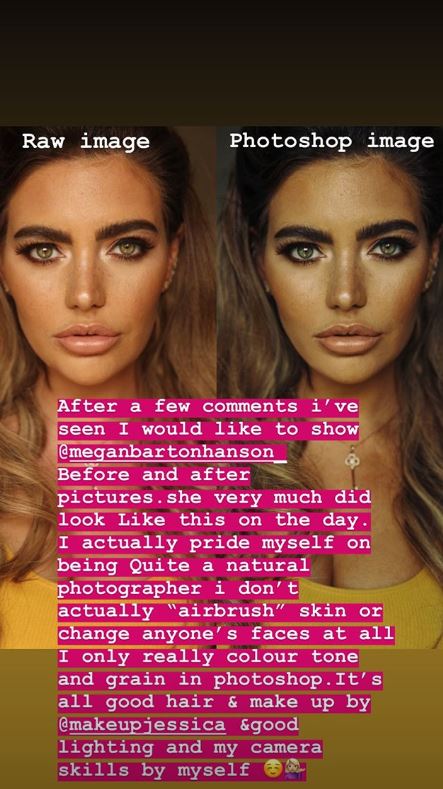 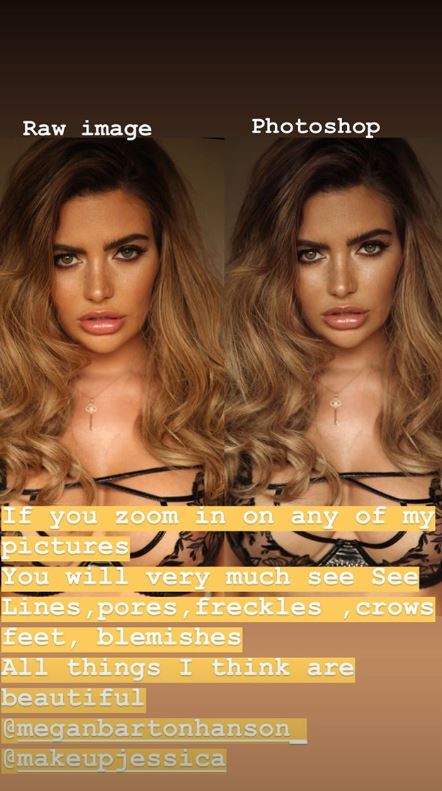 "I only really colour tone and grain in photoshpp. It's all good hair and make up and good lighting and my camera skills by myself."

Megan went on to explain that she is a fan of natural skin with freckles, blemishes and all the details that are usually perceived as flaws – including crows feet.

The honest star looked sensational in all of her photos wearing a lace bralet and donning smokey make-up, with her hair in luscious waves around her shoulders.

Meanwhile, Megan has has always been open about her love of surgery and non-surgical treatments in the past. 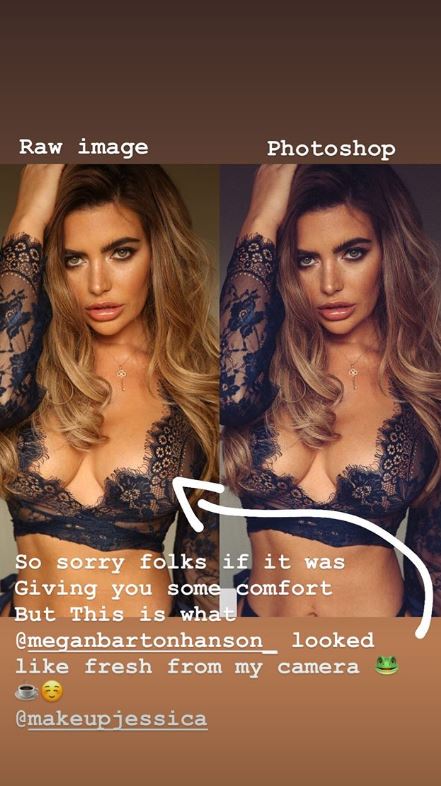 Though Megan has never denied having gone under the knife, her face has drastically changed over the years.

The former Love Island star opted to have rhinoplasty right before she approached her 20th birthday.

Megan also had her lips injected with filler and completed her final procedure with a breast augmentation, allowing her to enter the new year with an entirely new look.

During her appearance on the Victoria Derbyshire show in April, 2019, Megan continued: "I had procedures done solely for me and my first was at 17, I had my ears pinned back.

"Then at 19 I had a boob job and rhinoplasty. It was all for me… Then when I was on TV, everyone were like 'this is her before, this is her after. She's so fake!'"

And despite telling fans that she didn’t feel insecure about the way that she looked, Megan would go on to tell Victoria that she “needed to work on myself” because going under the knife “didn’t fix all of my problems”.