Megan Barton-Hanson says taking part in All New Monty: Ladies Night was nothing like stripping – and reveals her Instagram posts are edited to make them sexy

MEGAN-Barton Hanson has revealed taking part in the All New Monty: Ladies Night was nothing like stripping – and she was the quickest to cover up after baring her breasts.

The Love Island star and ex-lap dancer, 25, told The Sun she is so body conscious her Instagram pictures are edited by a team of professionals and she was scared stiff about getting her kit off in front of a live audience. 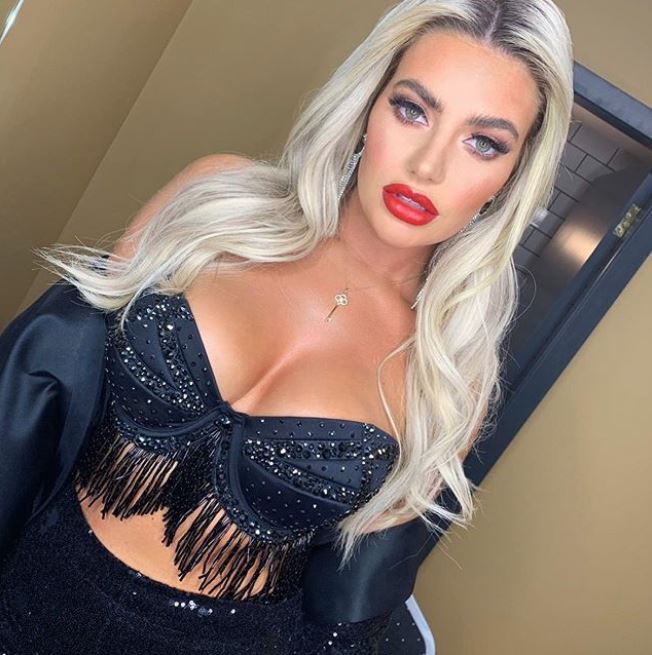 In an exclusive interview, she said: “I spent the whole of last summer in a bikini on TV and I post sexy pictures on Instagram but they’re edited and photo shopped by professionals.

“Everyone thought given my past job as a stripper it would be no sweat for me doing the All New Monty.

“But with stripping you just sway from side to side and if someone doesn’t like it they won’t come back.

“We show the tiniest glimpse of boob at the end and despite my past I was the quickest to cover up because I’m out of my comfort zone on stage. I’ve got two left feet and no sense of rhythm.” 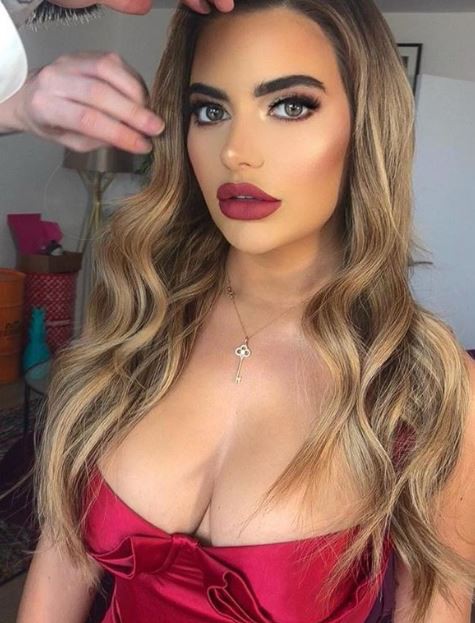 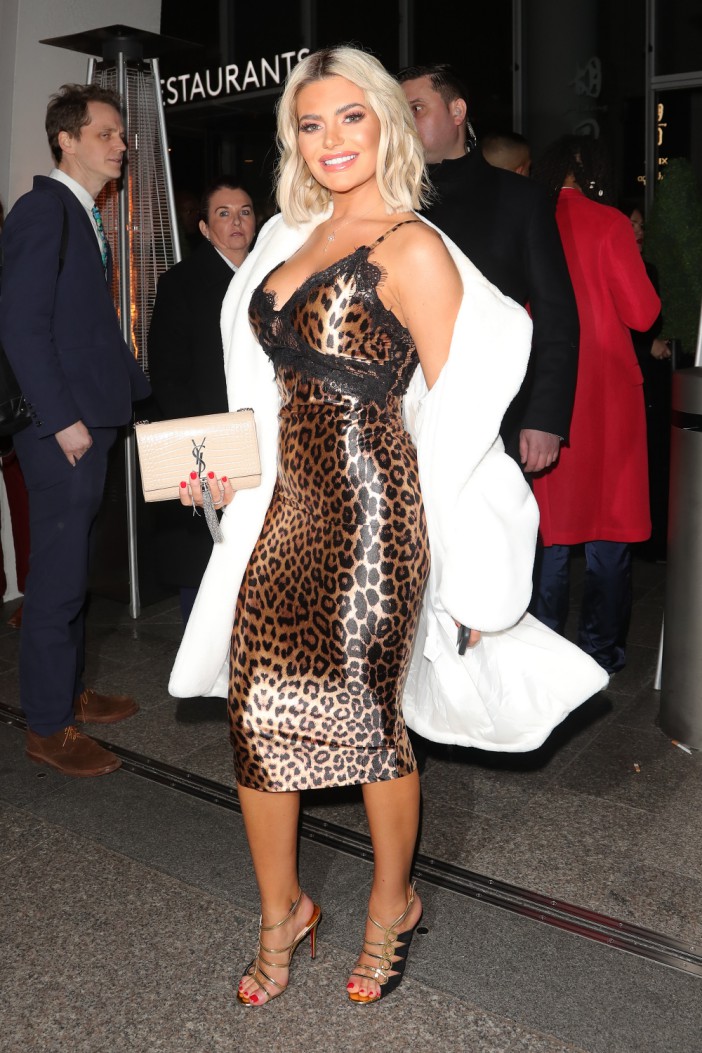 And the beauty admits she was “flattered” by the attention from Dele who asked for her number just weeks after her bitter split from Love Island boyfriend Wes Nelson.

She said: “It’s so weird when I bump into famous people out and they know who I am. It was flattering. It was just what I needed after a bad breakup.

“I’m definitely not complaining. I’m still a young woman and I have my needs.” 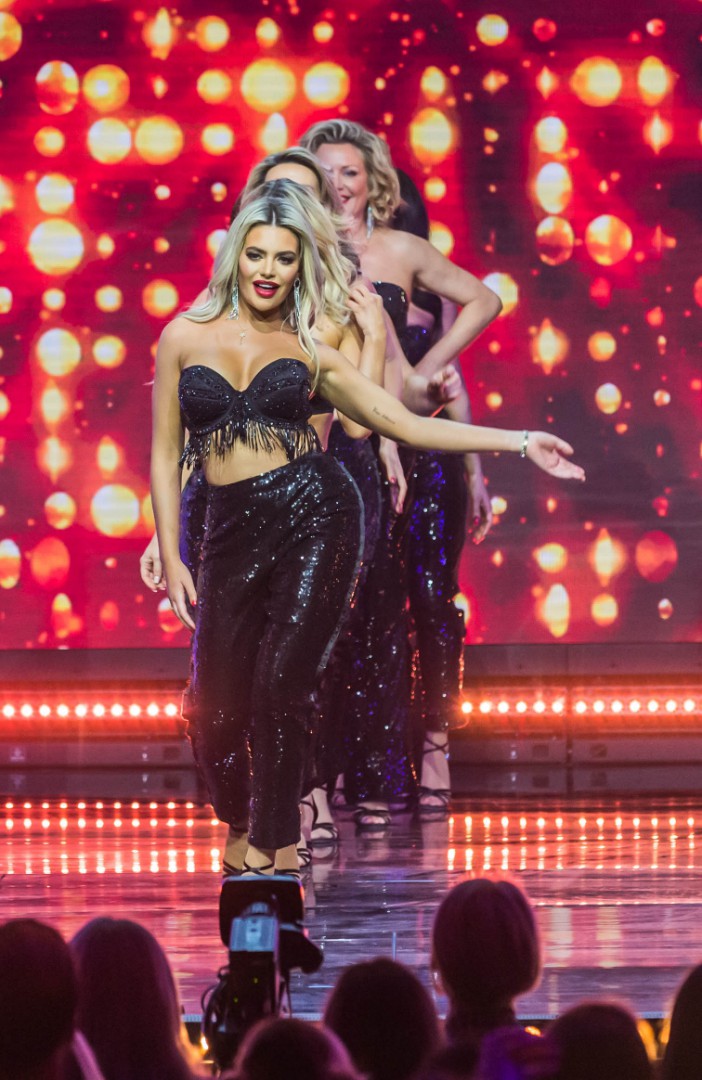 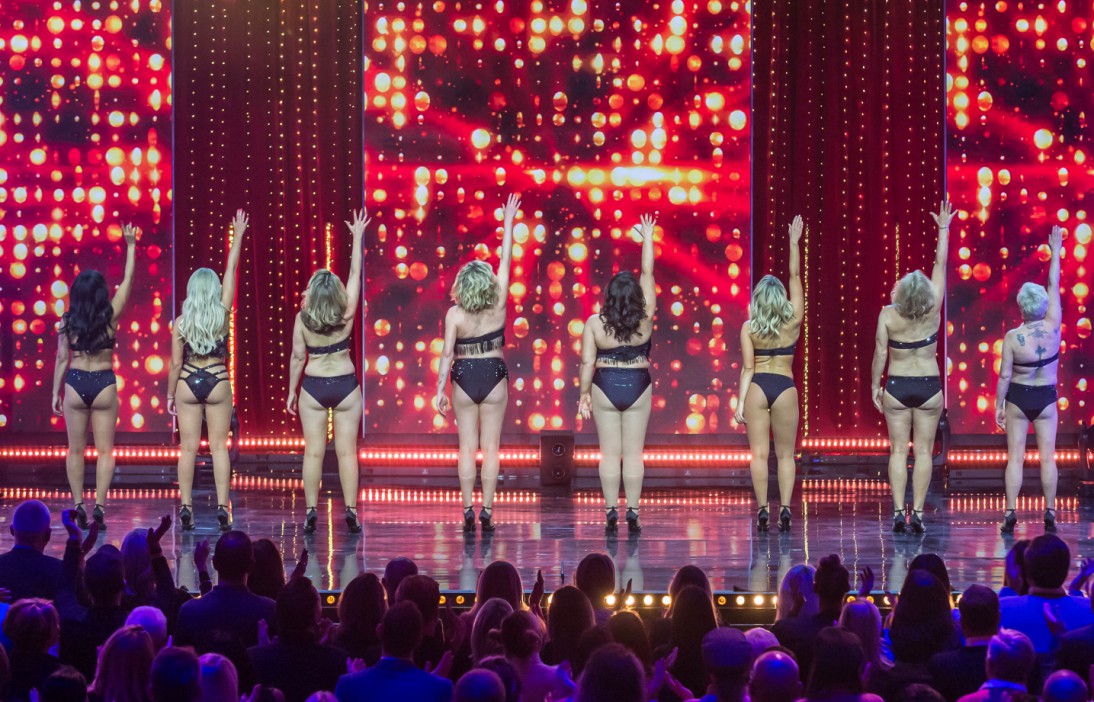 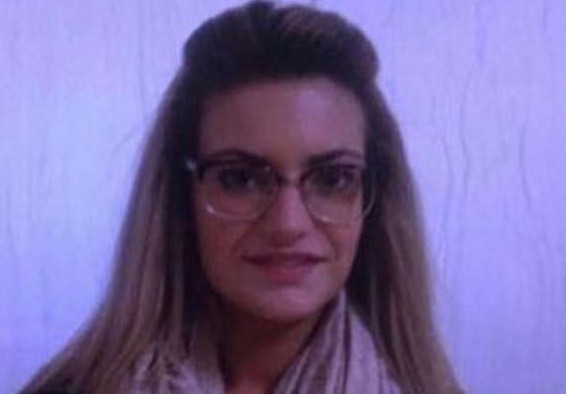 Megan’s surgically enhanced body and plumped lips caused multiple islanders to fall at her feet when she strutted into the Love Island villa last summer.

But a picture of Megan wearing glasses taken during her teenage years went viral while she was on the dating show – leaving her mortified when she first saw it online.

Speaking about the image Megan said: “At first it was a shock – no one likes looking back at old pictures. God knows where I got those glasses from they must have been on discount buy one get one free from Specsavers.

“I don’t know what I was thinking with those bad boys. Only nowadays young girls of 13-14 are watching makeup tutorials – I wore blue mascara and glitter eye shadow at that age.”

MOST READ IN TV &amp; SHOWBIZ 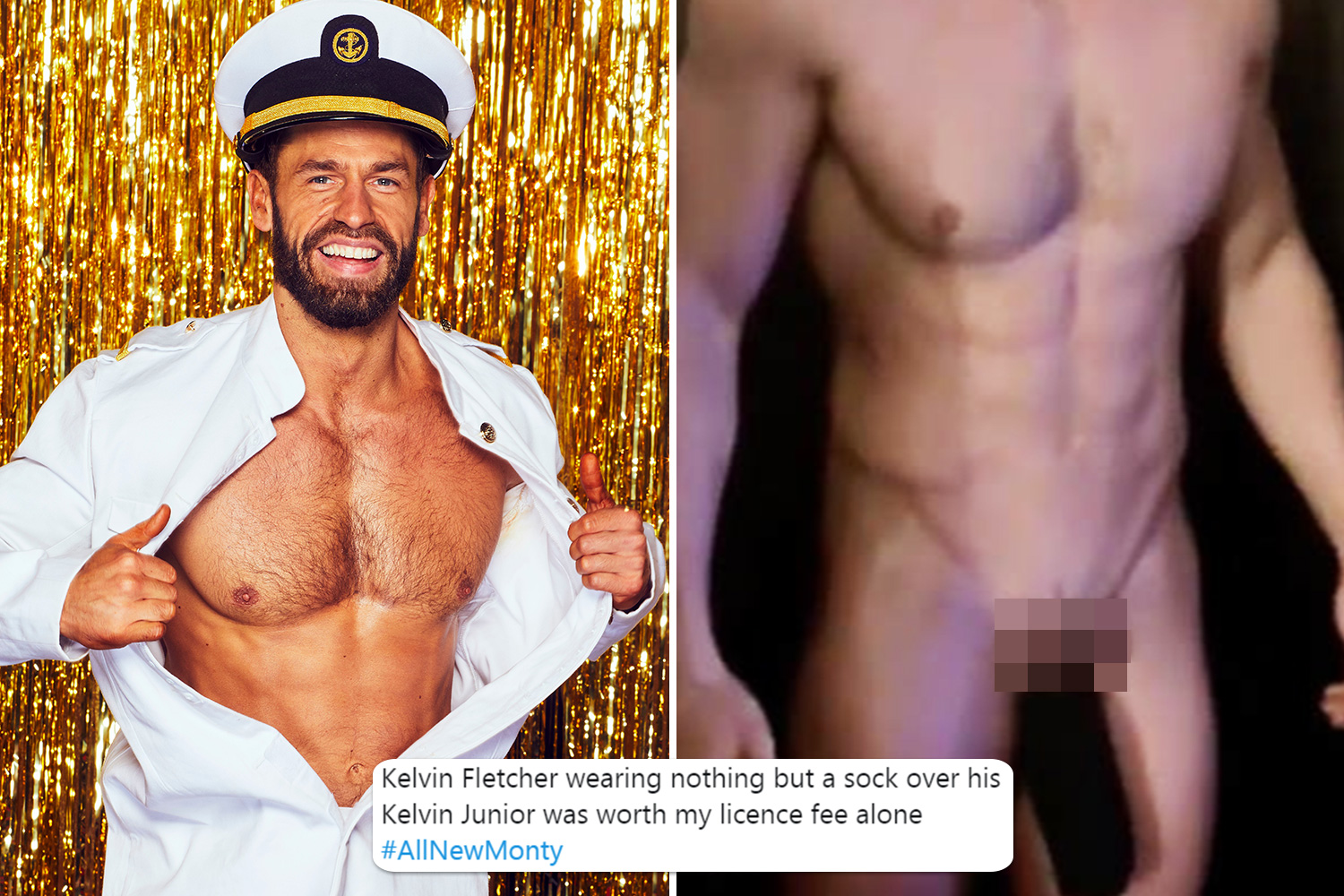 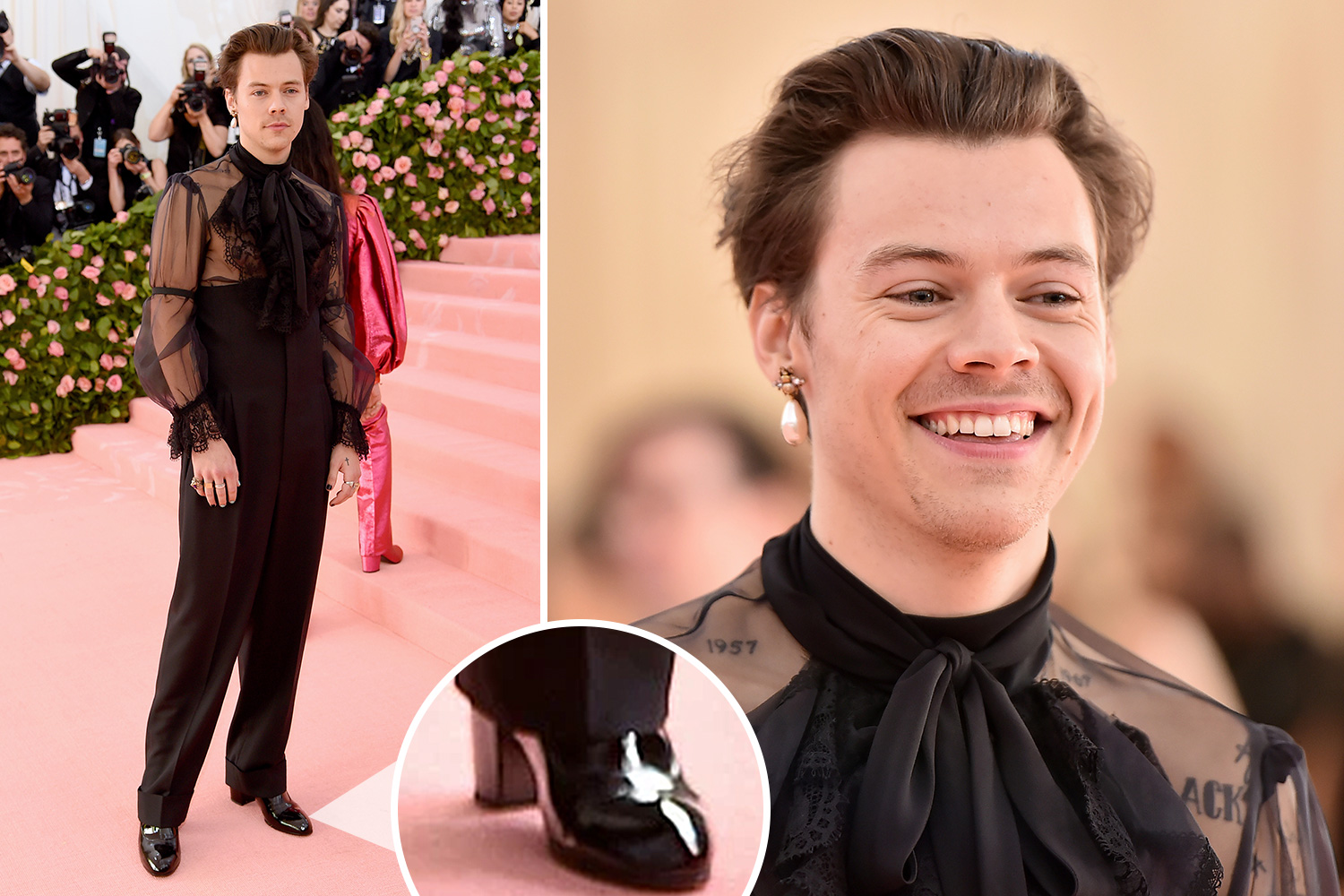 Megan hopes viewers of the ITV show will see a different side to her after she conquered her demons to raise awareness for breast and cervical cancer.

She said: “We’re portraying a powerful message about not being ashamed of our bodies. It was completely different for me. I was the person that struggled most.

“I was embarrassed and didn’t rate myself. Afterwards I felt strong and I wanted to run back on stage and do it a million more times.”