Meghan Markle is rumoured to want to get her acting career back off the ground as she and Prince Harry exit the Royal Family. A glance back at the film roles she had before giving up acting for royal duties shows her donning a number of different stunning looks. Meghan appeared in the likes of Dater’s Handbook, Anti-Social and When Sparks Fly.

In 2013, she played Mindy in rom-com Random Encounters, which saw her don a tiny black negligee and a silk robe for one scene.

She played a photographer in Dysfunctional Friends and also made a brief appearance in Horrible Bosses, in which she was hit on by Jason Sudeikis’ character.

In the comedy, Meghan played a FedEx driver whose looks surprise Sudeikis’ character who announces: “You’ve got to be an actress or a model or something.”

Meghan’s other movies included Remember Me, The Apostle and Deceit.

She even starred (briefly) opposite Ashton Kutcher way back in 2005, playing an attractive young woman who sits near Kutcher’s character on a flight. 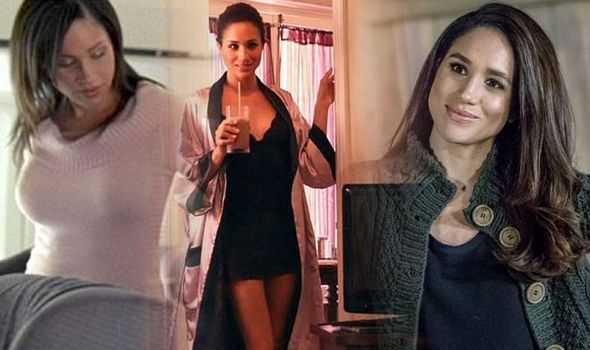 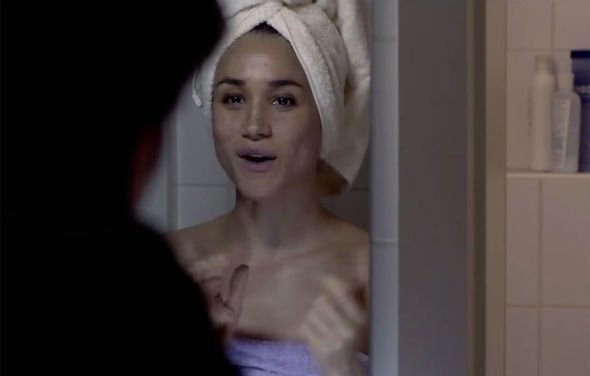 He’s too wrapped up in his romantic entanglements to notice her checking him out, at which point her character Natalie turns her attention to his business partner and starts flirting with him.

Her part lasted under a minute and, though she’s named in the scene, she was listed only as “Hot Girl” in the end credits. 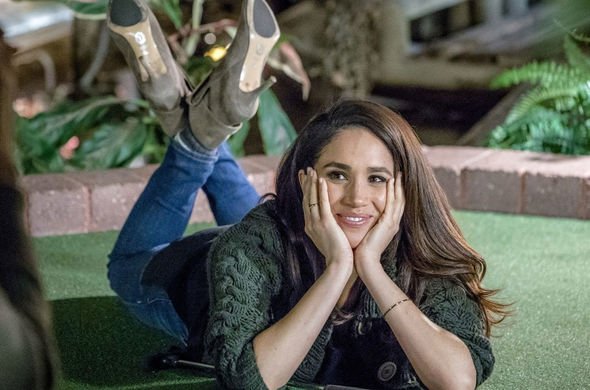 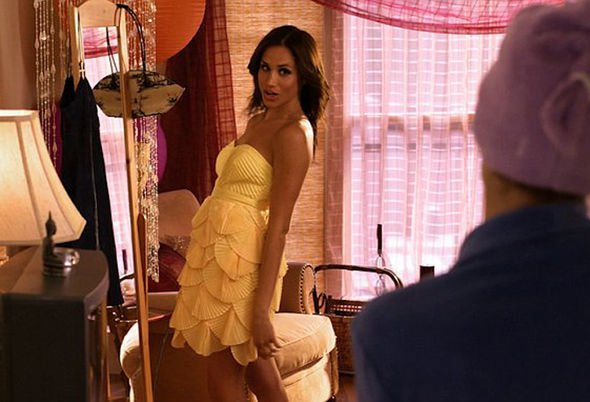 Long before her huge success in Suits, Meghan worked as a ‘briefcase girl’ on the US version of Deal or No Deal while she was trying to break into acting.

The job saw her opening cases selected by the contestants on the show, always dressed in ultra-glamorous, usually leggy looks.

In an interview with Esquire, Meghan tried to gloss over that particle role, saying: “Definitely working Deal or No Deal was a learning experience, and it helped me to understand what I would rather be doing.

“So if that’s a way for me to gloss over that subject, then I will happily shift gears into something else. 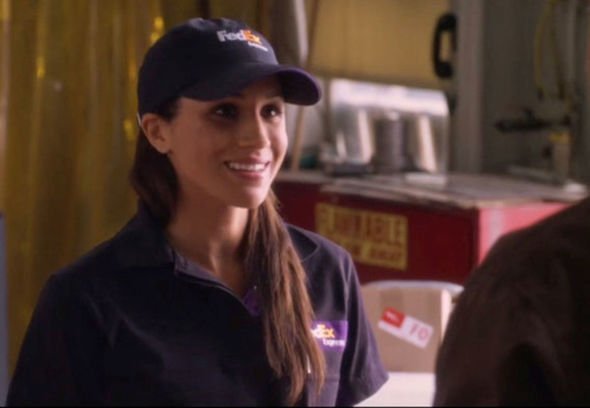 “I would end up standing up there forever in these terribly uncomfortable and inexpensive five-inch heels just waiting for someone to pick my number so I could go and sit down,” she added.

In 2010, she played a party girl in a pilot for The Boys and Girls Guide to Getting Down.

Pics from the pilot episode show her parading her incredible figure in a black minidress and sky-high heels as she checks herself out in the mirror.

Of course, the Duchess’ acting career is best remembered for her part in long-running legal drama Suits, in which she played Rachel Zane.

She made her final appearance in the seventh season back in 2018 after announcing she was quitting the show when she and Prince Harry got engaged. 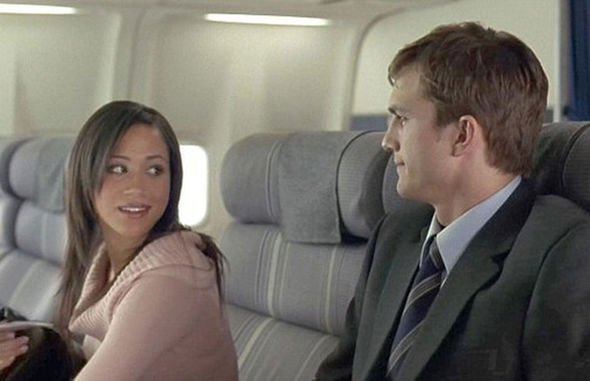 Reports recently emerged Meghan wants to return to acting following her and Prince Harry’s split from the Royal Family.

The pair will no longer be acting as senior royals, officially standing down at the end of the month.

They will no longer be receiving public funds for royal duties and will work to become financially independent.

A source has since told the Mail on Sunday Meghan’s agent Nick Collins was “busy feeling offers” to get her back into acting.

He reportedly “said she wants her return to acting to be part of an ensemble cast in something like a superhero film”.

“He’s saying she is available and open to offers,” an insider told the publication.

Express.co.uk has contacted representatives for Meghan asking for comment.

With speculation swirling about the possibility of Meghan going back to the big screen, bookies have revealed the odds on what kind of movie she could make her comeback in.

Ladbrokes have priced her at 3/1 to appear in a rom-com next, with comedy a close second at 7/2.

Her next film looks less likely to be a drama, which is priced at 5/1, while the odds of her return to acting coming in the form of a Disney/Pixar film are 6/1.