Meshel Laurie has great instincts when it comes to radio. She started podcasting in 2010 when iTunes was more of a hobbyist playground.

“Of course, everyone's got podcast networks now, but back then they didn't. Now every radio station has a podcast division and probably a head of podcasting, but at the time, I was the only radio announcer with a podcast,” Laurie explained. 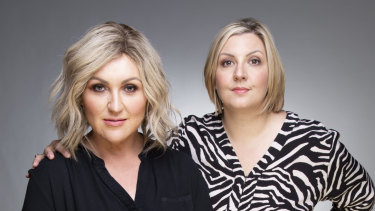 In 2017, Laurie launched Australian True Crime, with author Emily Webb. The podcast has just recorded its 100th episode, and has clocked up an impressive 14 million downloads in just two years. I asked Laurie why she thought the true crime genre was so successful, particularly in podcasts.

“But I have developed a theory… why, overwhelmingly true crime fans are women. And I honestly think it's because from birth, we are told that we will probably be victims of crime. From birth, we are told, be careful, you must be careful. Don't talk to people, don't talk to strangers, don't go out at night, don't get drunk, don't wear these clothes, don't walk around by yourself. We're constantly told we will probably be victims at some stage.”

“And so, immersing ourselves in true crime, it’s like we’re researching. We're trying to familiarise ourselves with how it can happen. Where can it happen? And what would I do in that situation?”

Listen to Australian True Crime in your favourite podcast player