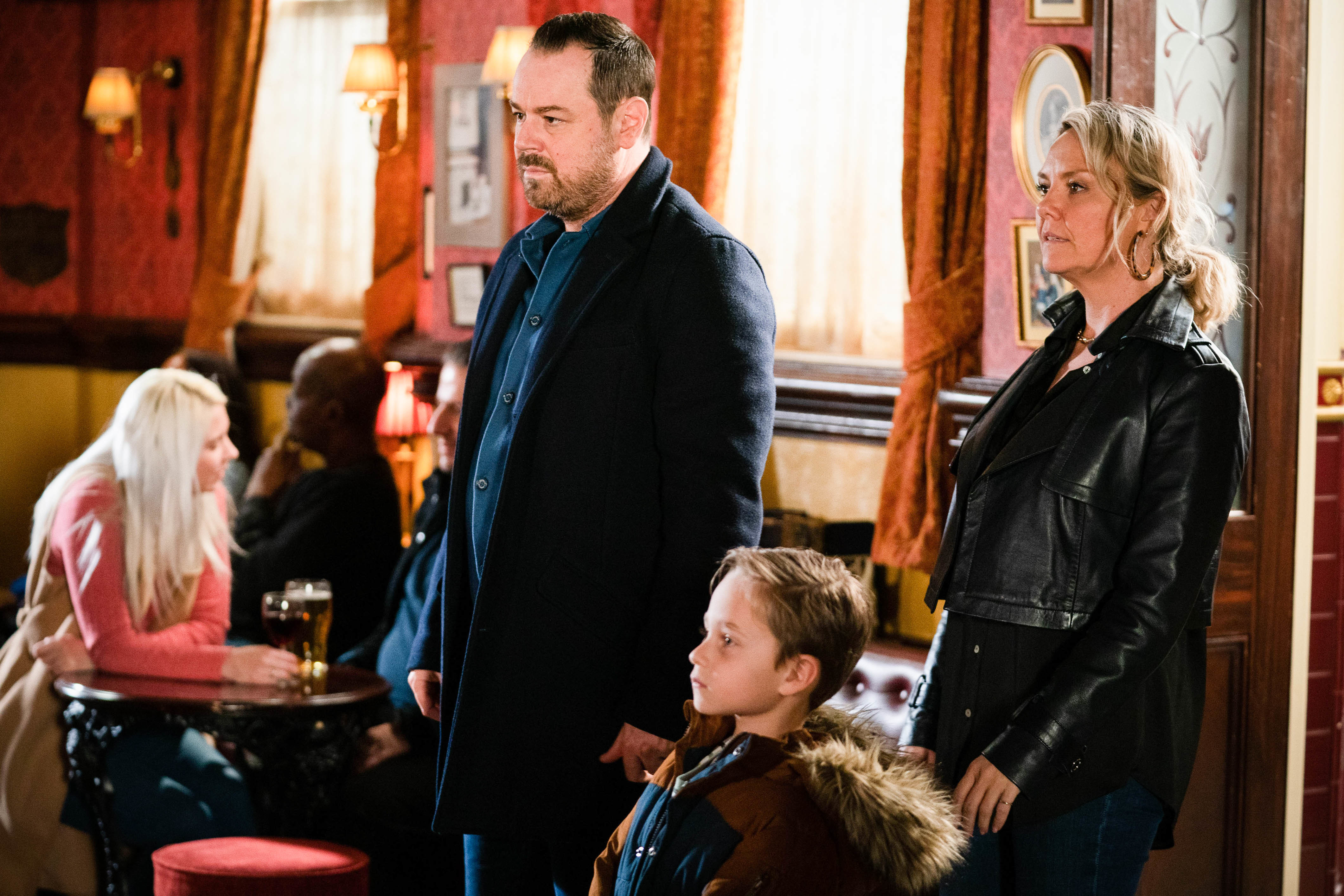 Mick Carter (Danny Dyer) is not in the best of moods in EastEnders on Wednesday (April 27), as Billy Mitchell (Perry Fenwick) relays some information to him about Janine Butcher (Charlie Brooks).

The Queen Vic landlord made his return to the show on Tuesday, after going on a romantic getaway with lover Janine earlier this month.

They arrived back on Tuesday and received quite a shock, finding Linda (Kellie Bright) back behind the bar serving customers.

Janine, having evidently underestimated Linda, struggled to hide her disdain, as she confronted the landlady in a charged showdown.

The soap’s resident schemer is on a mission to get Linda out of the way tonight, as she does her best to manipulate Mick into thinking that her presence in the Vic could be a safeguarding issue for Ollie.

Will her efforts pay off?

That remains to be seen, but she doesn’t stop there, as she spies an opportunity to rattle Linda when Nancy (Maddy Hill) and Zack Hudson (James Farrar) receive good news.

The couple have potentially found a restaurant, and thus they’re on cloud nine. Janine suggests a celebration, and deliberately opens a bottle of champagne in front of Linda.

Meanwhile, Mick – unaware of his new lover’s cruel scheme – has a conversation with Billy, and it’s safe to say he’s left uncomfortable when he finds out that Janine has been revealing details of their private life.

Will he have it out with Janine? Will he tell her how he’s feeling about her discussions with Billy?

What’s more, will he find out that she was instrumental in the end of his marriage?

EastEnders airs these scenes Wednesday April 27 at 7:30pm on BBC One.