Monty Don, 65, was on hand to host yet another episode of Gardeners’ World and he touched on everything from how to look after house plants to making your own peat-free compost. The presenter of the BBC show was joined by his two pet dogs, Nellie and Patti as he carried out his duties at Longmeadow. However, as he prepared to close the latest instalment of the programme, he ended up apologising to the Golden Retriever as a branch of a tree landed quite close to her.

Beginning the last segment of the episode, Monty said to the camera: “I’ve got two fig tree here in the dry garden.

“They’re the same. They’re both Brown Turkey, which is by far the most robust fig to grow in this country, but they’re very different in size and in the way that they perform.”

Analysing one of them, in particular, the presenter explained: “In a good year, we get scores of delicious fruit off it from late July through to sometimes, at the latest, mid-October.

“And we prune in accordingly because the fruit will ripen and form best if it gets sunshine. Sunshine and heat will help.

“And anything that blocks the sun is bad news so you want to prune it so it’s open, almost two-dimensional,” he continued. 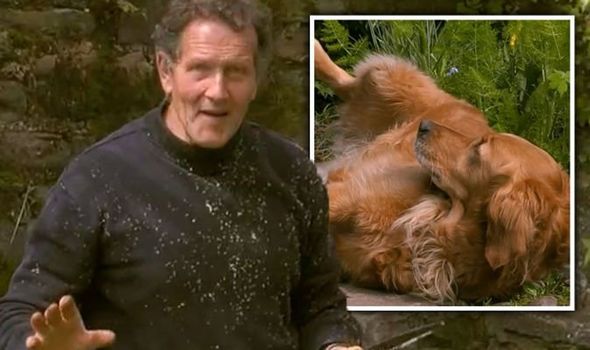 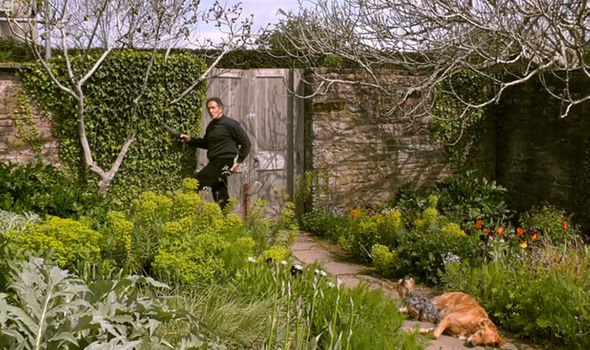 “Figs do very well trained as fans or as cordons against a wall, and the wall will reflect the heat,” Monty explained before giving a demonstration on how to prune the tree.

“Now, in terms of pruning, I don’t need to do much here. This is not a bad shape but anything coming out that will have leaves that will block the fruit behind it wants to be removed.

“So I will just get right in and saw this branch off,” he told the viewers watching at home before getting to work.

The gardening fanatic looked at the other fig tree growing and said: “On this side, I’ve got a fig tree which I actually planted on the same day about 25 years ago.” 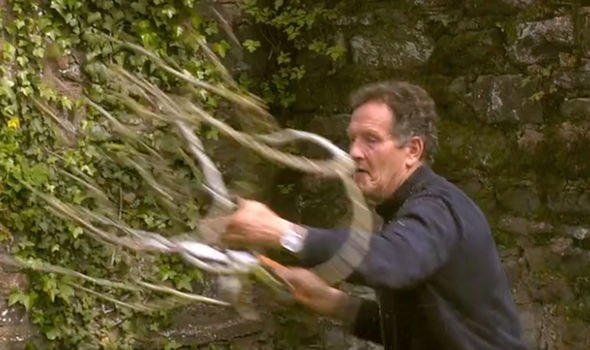 “It’s a much bigger tree and we’ve allowed this to grow simply for its decorative qualities,” the presenter continued.

“And obviously by summer, when these lovely, big fig leaves are on here, it’s magnificent and it bears less fruit, this tree that is three times the size of the other one.

“So, I want to prune it a little bit to lift the crown up and that will do two things. One, we’ll be able to see because more light will get in.

“And these plants that really do best in the full sun will grow a bit better. But the important thing is not to spoil the shape.” 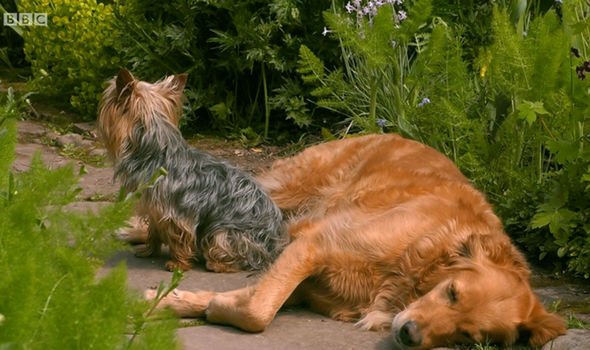 Monty got to work as he started sawing more of the branches and once he had got hold of one of the bigger ones, he tossed it to the side.

However, in doing so, he disrupted Nellie, who was lying peacefully on the patio with sister Patti nestled in between her.

Scared by the noise of the branch hitting the floor near her, Nellie looked up which was when her owner said: “Sorry, Nellie.”

It didn’t take too long for the Golden Retriever to recover as she soon lay back down as the presenter concluded the show.

The gardener explained he would finish the demonstration in another episode as he didn’t want to “rush” the process of pruning the tree.

Monty also told viewers he would not be hosting the next instalment but his trusted colleagues would be filling in for him.

This is not the first time he’s been absent in recent weeks as the presenter has been recording an audiobook away from his duties on the show.

Fans needn’t fear as the host said he would return to his role in a fortnight’s time where he will be presenting from Longmeadow.