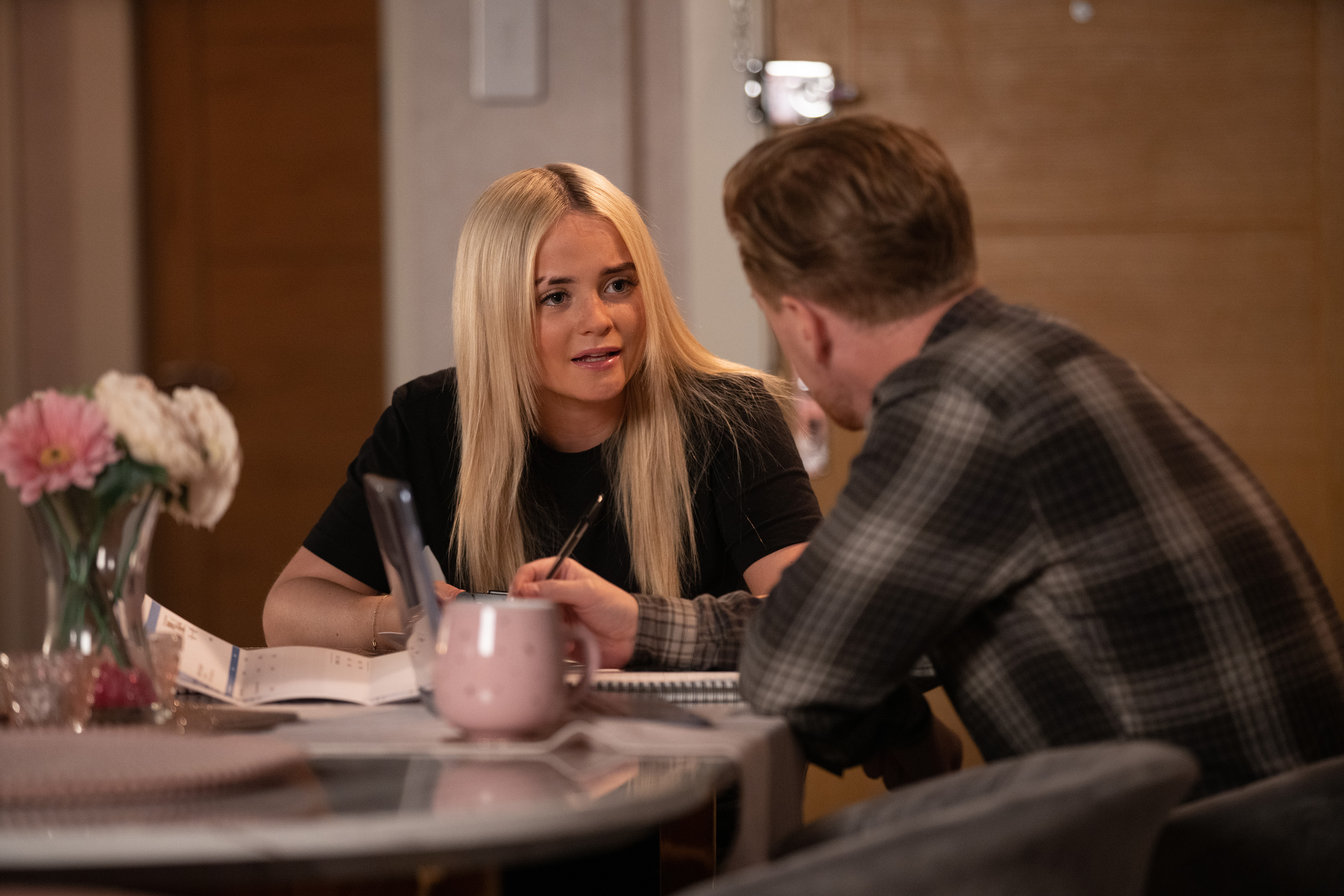 As Kelly (Millie Gibson) happily prepares to get married to Aadi (Adam Hussain) in Coronation Street, one thing that would definitely take the shine off the proceedings would be to discover that the man she’s started to think of as a father figure is the one who murdered her actual father.

Gary (Mikey North)’s killing (in self defence, we must always add) of Rick Neelan has been a bomb that has been threatening to go off in Coronation Street for some time.

It looked like the truth would come out when Kelly’s mother Laura (Kel Allen) appeared in Weatherfield, but she subsequently decided nothing was to be gained by ruining Kelly’s life with Gary and Maria (Samia Longchambon). She took the blame herself, saying that she killed Rick.

There’s another scare for Gary when Rick’s former associate Sharon returns to the Street again to help Kelly celebrate her engagement. Sharon knows that Gary was Rick’s killer, and he desperately tries to convince her to keep quiet.

Meanwhile Kelly receives a holdall containing some of her mum’s things that she left in Spain. Among the belongings is a digital camera and Kelly sees a date on some of the pictures which is the same day that her dad was murdered. If her mum was in Spain on the day Rick died, she couldn’t have been the one who killed him.

Mystified, Kelly shows the pictures to Gary, saying she wants to know who really killed her father.

Between this new evidence and the arrival of Sharon back into her life, Kelly is closer than she has ever been to finding out the truth of who killed Rick Neelan.