Naga Munchetty joined Gethin Jones and Kym Marsh on BBC’s Morning Live on Monday to discuss her Panorama investigation into racism, which aired on Monday night. However, the BBC Breakfast presenter was gently scolded by Gethin for attempting to expose a secret about the Morning Live studio.

Gethin began: “We are very familiar with our next guest but it’s nice to see her in the flesh for a change, it’s Naga Munchetty.

“Welcome to our studio, finally,” and Naga replied: “Thank you, it’s very green.”

“It is very green, although I have felt one,” Naga added implying the plants in the studio weren’t real.

“Don’t tell anyone,” Gethin exclaimed. “That’s our little secret, you can tell Charlie but that’s it.” 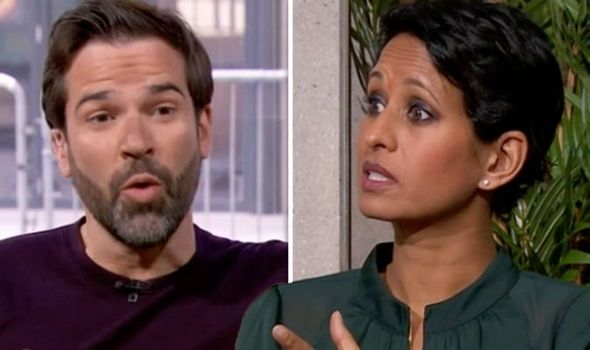 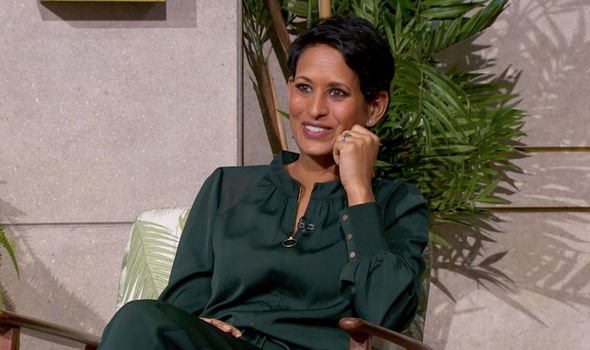 Naga cheekily ignored his request and continued to touch the plants behind her.

“Stop it! Stop it!” Gethin warned before continuing on with the interview.

Speaking on International Woman’s Day, Kym asked the journalist why she thought the day was important.

“Well we’re 50 percent of the population,” Naga replied. “So we need to be celebrated. 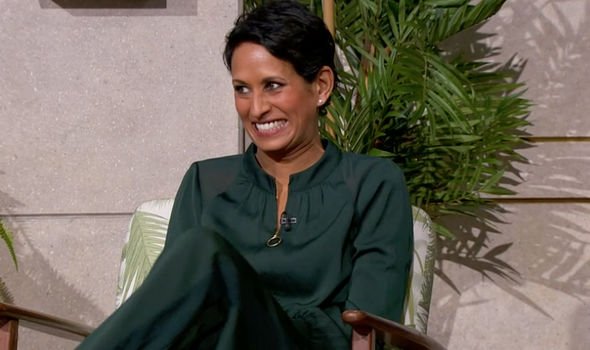 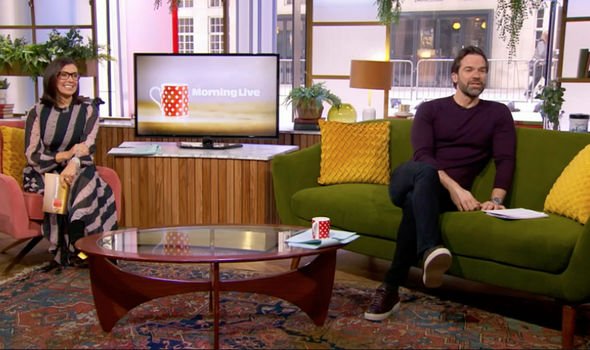 “It’s quite concerning how I’ve covered quite a bit on how during the pandemic a lot of women are being kept back and missing out on opportunities when it comes to work.

“I’ve seen some great quotes today on social media – ‘We are standing on the shoulders of women of the past.’

“Everyone has a mum of course so the woman I’m celebrating today is my mum because she’s brilliant and you have those relationships with your mum as you grow up.

“Never ever did I think she would be my best friend when I was a teenager but she honestly is and I adore her and have the utmost respect for her.”

After watching a clip from Naga’s Panorama investigation, Gethin said: “Conversations about racism or race is difficult for so many but what hits me from that clip is the fact you’re having that open conversation which is what it’s all about.”

“It’s really important and I think over the past year with the Black Lives Matter protests also the pandemic we’re dealing with which has shown disparities with certain groups of who’s suffered more,” Naga replied.

“I think it’s got us talking and recognising these disparities but as Frankie [in the clip] pointed out people are very concerned about bringing this up because you can be seen as chippy or awkward or giving a tone to a conversation that makes other people feel uncomfortable and I think it’s time to say, ‘Okay this can be uncomfortable but it’s important.’”

“I think it’s going to get a lot of interest, I mean it’s the only thing people have been talking about all morning and we’ll be talking about for days on end.

“I think if people feel they need to speak up about their situation, all power to them and I think the scrutiny around them in any of those situations, you have to be aware of what is important and it’s your family.

“And obviously what they’ve made clear is they’ve wanted to protect their family and their mental health and their wellbeing. I wish them all the luck.”

Morning Live airs on BBC One on weekdays at 9.15am. BBC Breakfast airs daily on BBC One at 6am.