Naked Attraction viewers were a little taken aback after a contestant rejected a potential match for a very bizarre reason.

Over the past few weeks, the Channel 4 show has seen a woman reveal her dad walked into her room mid-romp, and a man disclose his very gruesome sex injury.

But on Wednesday night, singleton Luca from Edinburgh left many scratching their heads with his reason for sacking off 34-year-old Amanda.

After presenter Anna Richardson had revealed the faces of the four remaining women, Luca decided it was the end of the road for Amanda, who stood naked in the green pod.

‘She’s a gorgeous girl, but her neck isn’t really that appetising,’ Luca confessed. ‘It’s not what I normally go for.’

Luca had previously admitted that he enjoyed looking at a nice neck and found them a ‘sensual’ part of the body. 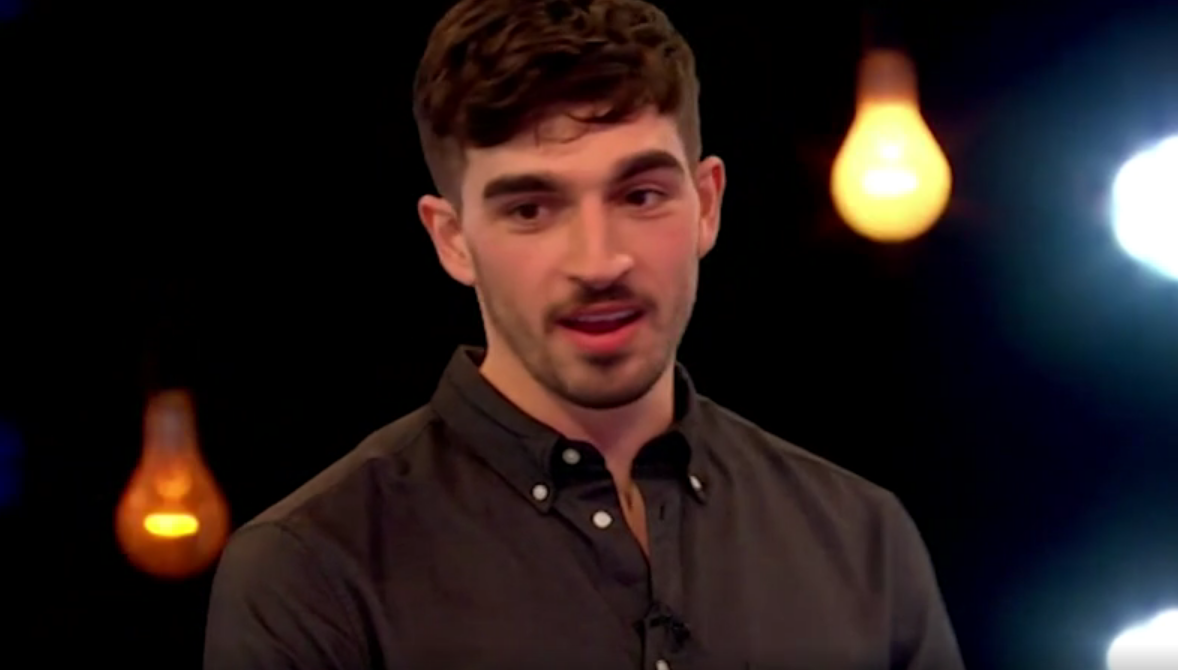 Turning his attention to the contestant in the pink pod, he said: ‘She’s got a lovely neck. Necks are very important. They’re very sensual.’

‘Yellow’s get a very nice neck,’ he added. ‘I think kissing and caressing the neck is quite nice.’

Viewers were stunned after hearing Luca’s reasoning, with one writing on Twitter: ‘Is this guy a vampire? He is obsessed with necks…and got rid of a woman because her next wasn’t “appetising”…strange.’

Is this guy a vampire? He is obsessed with necks…and got rid of a woman because her next wasn’t “appetising “…strange guy #NakedAttraction pic.twitter.com/Xdoiwa6mgQ

Nice neck??? Is he planning to turn her into a vampire later? #nakedattraction

‘Nice neck??? Is he planning to turn her into a vampire later?’ another penned.

But it wasn’t just necks that are of interest to Luca, oh no.

The singleton also revealed he has a thing for bellybuttons. ‘Bellybuttons are the second window to the soul,’ he shared, prompting Anna to flash a stunned look to the camera.

In the end, Luca decided he wanted to go on a date with Heather and asked her to pose naked for him so he could draw her.

Sadly though, his invitation was rejected.