NBA Finals Ratings Rise With Lakers For Game 4; Fox’s ‘NeXt’ Off To Slow Start

Game 4 of the NBA Finals on ABC dominated Tuesday night in the primetime ratings, delivering a 1.9 in the adults 18-49 demographic and 5.27 million viewers — both numbers rising from Sunday’s Game 3. Last night saw the Los Angeles Lakers defeated the Miami Heat to take a 3-1 series lead and can clinch the title Friday.

As always with live sports, those numbers are likely to get adjusted later today, but so far they are the best for this year’s NBA championship series since Game 1. Last night’s game was preceded again by ABC’s Jimmy Kimmel Live: Game Night (1.3, 4.66M) and NBA Countdown (1.2, 3.71M), and the block gave the network the overall victory in both the demo and viewers for the night.

Fox aired its new sci-fi drama NeXt (0.3, 1.77M), which finally got its premiere after being held over from last season. Its debut fell below the premieres of  the network’s L.A.’s Finest as well as Filthy Rich two weeks ago. Delayed and multiplatform viewing will be crucial to the show’s long-term prospects.

Swamp Thing (0.2, 1.12M) emerged from the marsh with a strong debut at the CW, its 90-minute start giving the network the biggest audience in its time slot since a May episode of DC’s Stargirl. The former DC Universe series settles into its regular 8-9 p.m. slot next week.

CBS kicked off the night with reruns of NCIS and FBI and capped the evening off with the series premiere of FBI: Declassified (0.3, 3.34M). 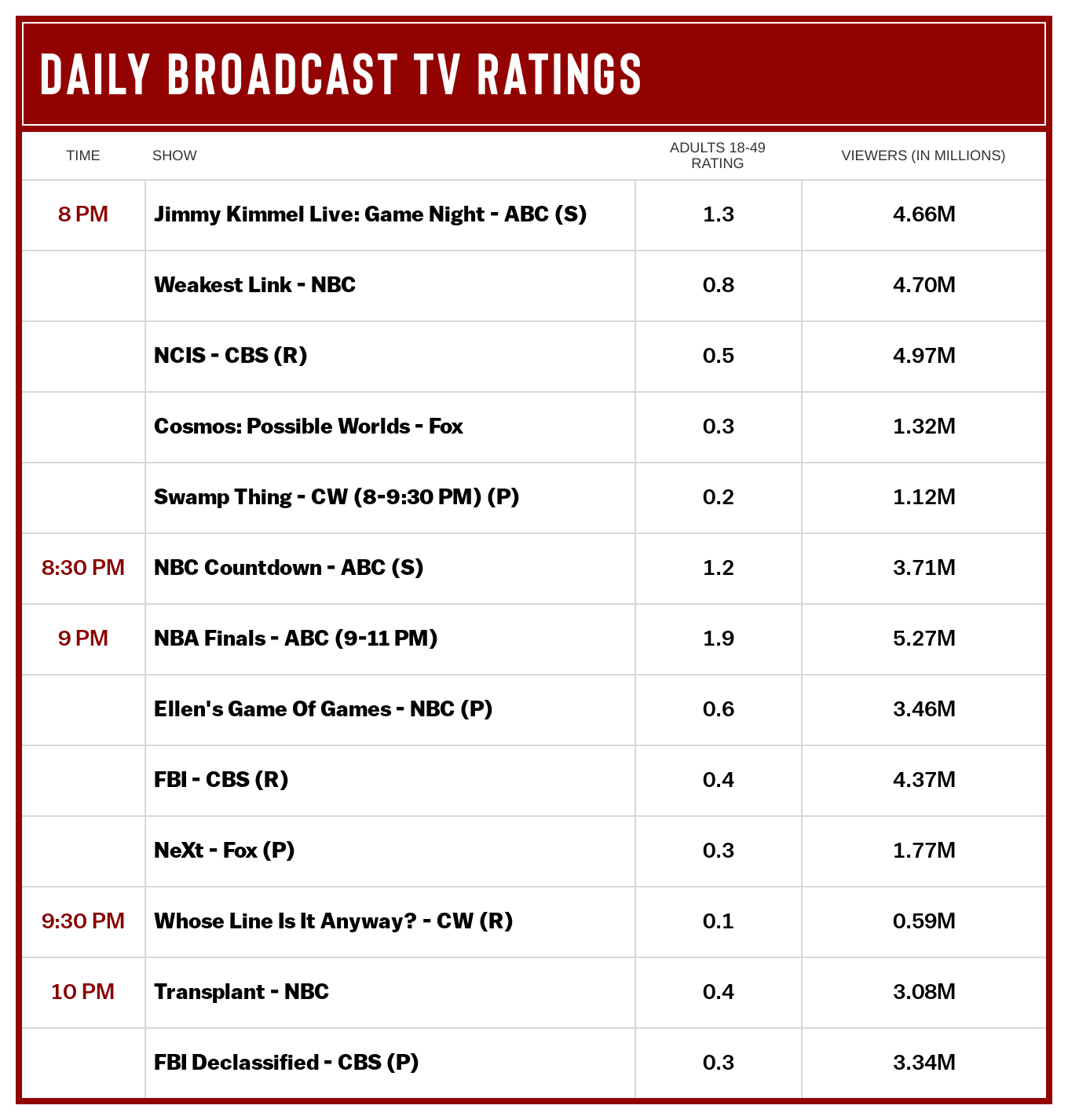