NCIS fans tuned in to the grand finale last night, Tuesday, May 25, on CBS which had previously been described by Nick Torres actor Wilmer Valderrama as “really emotional, controversial type of episode.” After watching the episode entitled Rule 91, viewers can understand what the 41-year-old actor was talking about.

The team were on the hunt for a group of arms dealers which led them to an abandoned house where they found guns and a classified NSA file.

When questioned about the file by NCIS Director Leon Vance (played by Rocky Carroll), they said it was Agent Ellie Bishop (Emily Wickersham) who had leaked it 10 years ago.

Bishop went on to confess that she did because she didn’t agree with the NSA’s methods of using Syrian refugees to get their hands on warlords.

She attempted to disappear without saying goodbyes but Nick was able to track her down before she went off. 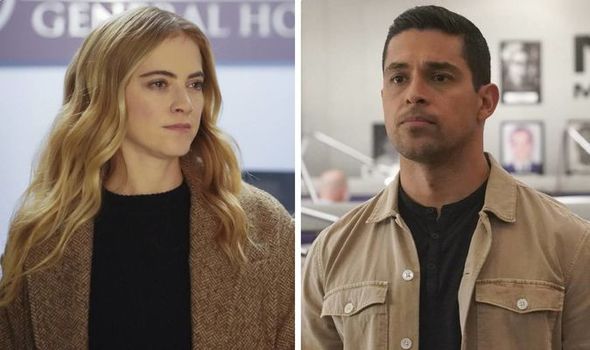 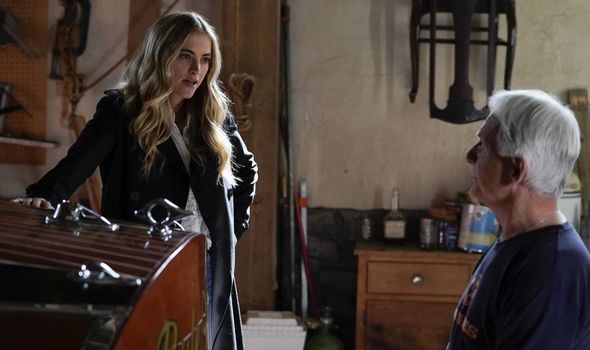 After some probing from her colleague, Bishop admitted she was going undercover on the orders of former CIA operative Odette Malone (Elayne Taylor).

The NSA file had been planted so it would appear her career was in shatters and pursue this secret mission.

She told Nick it could be “a long time” that she would have to stick to this charade and didn’t know if or when she would be back.

This resulted in them sharing an emotional goodbye kiss before Bishop walked away. 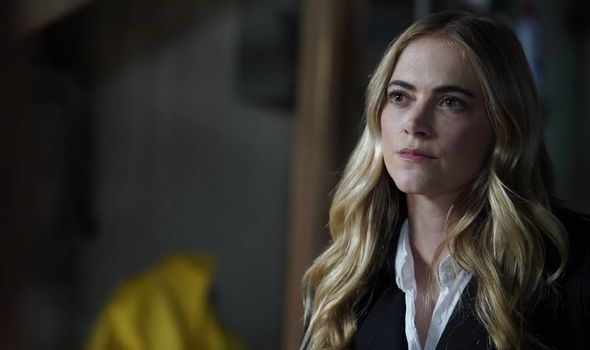 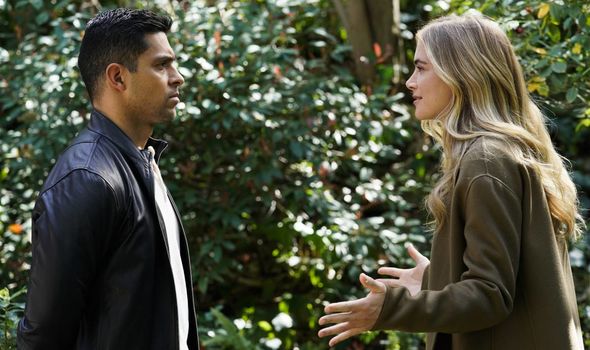 Earlier on in the episode, Bishop had an interesting conversation with Gibbs (Mark Harmon) over the phone.

She queried what the meaning of Rule 91 was and he replied: “When you decide to walk away, don’t look back.”

This hints at either Bishop or Gibbs leaving their old life behind and as actor Harmon has already confirmed he will return for series 19, it is seeming more likely that it will be Bishop.

Actress Emily Wickersham has yet to either confirm or deny that she will be in the upcoming season.

Her team had been killed during an investigation which led her to work with NCIS so she could find their killers.

Now, it seems as if she will be back for season 19, potentially to replace Bishop as she continues her undercover mission.

But could this be a permanent arrangement or will Bishop return to rescue her career and reunite with Torres?

Harmon was reportedly keen on cutting back his hours at NCIS with talks of him even leaving the show altogether.

Thankfully, that won’t be the case as he has signed up for season 19 but that doesn’t mean he will be back working as an agent.

In the series finale, as he was tracking down a killer, travelling via his boat, there was an explosion and Rule 91 was blown to pieces.

For a few seconds, Gibbs body was lying face down in the water and it looked like he was dead but then he discreetly swept away.

With Gibbs now pretending to be dead to trick the killer, how much are fans going to see of him in season 19?

NCIS is available to watch on CBS.