Home » TV & Movies » Newman From 'Seinfeld' Has an Important Message About the 'Premeditated Assault on the U.S. Mail'

Newman from Seinfeld isn’t happy about the “premeditated assault on the U.S. mail” and has an important message for all Americans. 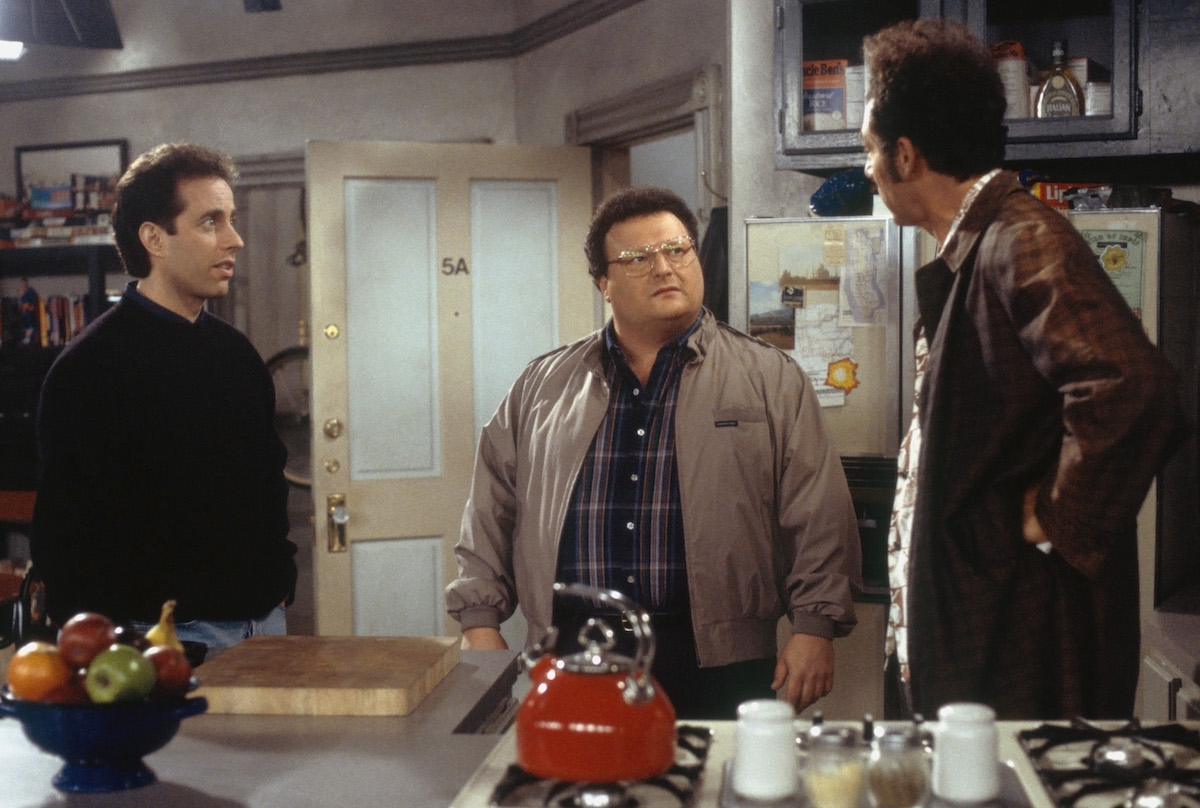 Newman, who was played by actor Wayne Knight resumed his character to deliver a viral video message that is being widely shared on Twitter. He is seen in his postal uniform, working his route and wearing a mask. But he stops for a moment to blast the current administration’s slow down of the U.S. mail.

Americans need to worry about more than delayed ballots

Newman was a diabolical and often scheming character on Seinfeld, which makes this parody especially humorous. He seems incensed about the administration’s move, asserting they’ve probably never even licked a stamp.

“And it’s not just your mail-in ballots you gotta worry about,” he adds pulling out an oversized turkey drumstick. “Oh, no, no, no. You gotta worry about your grandma’s blood pressure medicine.” As he speaks he sinks his teeth into the giant meatstick.

Newman reminds the public they also have to worry about receiving their social security checks with a slowed mail system. “Military benefits,” he says. Adding a humorous spin, “And millions and millions of Crate and Barrel catalogs! They’re just piling and piling and piling up! They’re not getting delivered anywhere! It’s a disaster!”

When the mail stops, the world stops!

“When the mail stops the world stops!” he dramatically exclaims. “Look,” he says throwing the turkey leg randomly into his mailbag. “I’m not a political person. Last time I voted, was for the flavor of the month at Baskin Robins.”

“But take it from me,” he says. “A postman. If you want to vote early and in person, do it. You want to vote from home? Apply for your ballot and get it in as soon as possible.”

“My brothers and sisters in blue will do our solemn best to make sure your ballot is delivered,” he adds. Meanwhile, he rips open a large envelope containing cookies. “Oh, as mandated by the U.S. Constitution,” he says. “Article 1, section 8, clause …what the hell clause?”

As he mulls over the clause, two men in masks remove the U.S. mailbox behind Newman. As they walk away, Newman finally realizes the mailbox was removed.

“Hey! You picked the wrong government employees to mess with!” he yells at the men. “Alright, Donnie. You know those tax returns? The ones you don’t want anyone seeing? You should never have mailed those.” He shows the camera the cookie he was busy eating earlier.

Newman takes another bite of his cookie and adds a diabolical laugh.