BBC Breakfast presenter Naga Munchetty usually takes aim at Saturday Kitchen host Matt Tebbut, and the pair often go to and fro playfully with one another. However, on Saturday morning, Naga decided to direct her attention to Carol, who was a guest on the show, after Matt claimed he was using her for his protection.

During a link between the two shows to see what viewers could expect to see, Naga began: “Let’s find out what is happening in Saturday Kitchen, Matt Tebbutt is there.

“I think you have stolen one of ours, have you? You know we want her back!”

Matt laughed and exclaimed: “We have, I am using her as a human shield today, so you might be nice to me!”

“You have spoken to Carol, haven’t you? You do know how Carol and I crack on!” Naga teased as Carol laughed along. 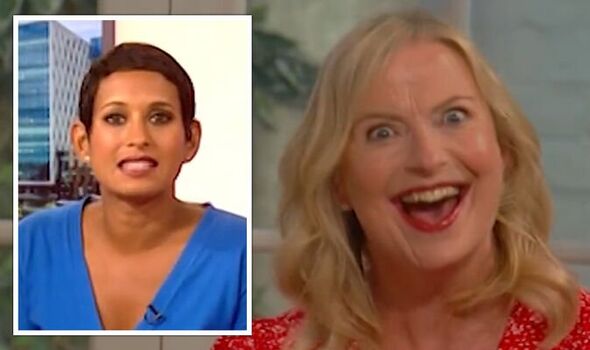 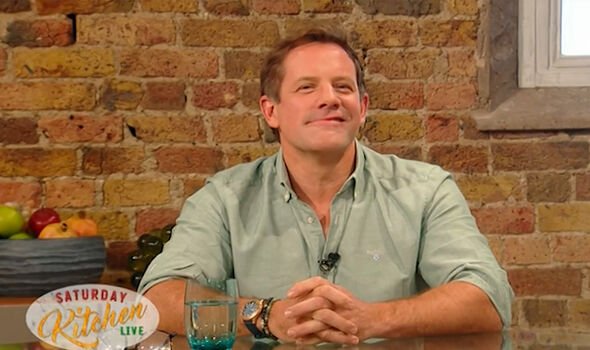 Matt added: “I just said this earlier, and she said, ‘that’s no guarantee’.”

Naga continued: “You have got an absolutely delightful woman in the studio, I have seen Andy there. I am not so sure about her, Carol.”

Shocked at the remark, Carol exclaimed: “Oh, thanks, Naga!” before Matt quipped: “Oh dear, it has started already!”

After Matt had introduced his guests and revealed what viewers could expect to see, Charlie Stayt teased: “Carol, can I just say, just behave.” 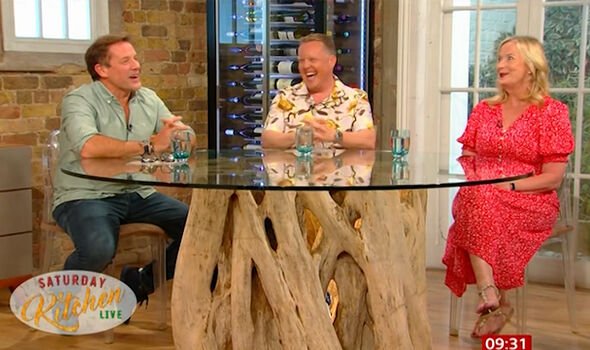 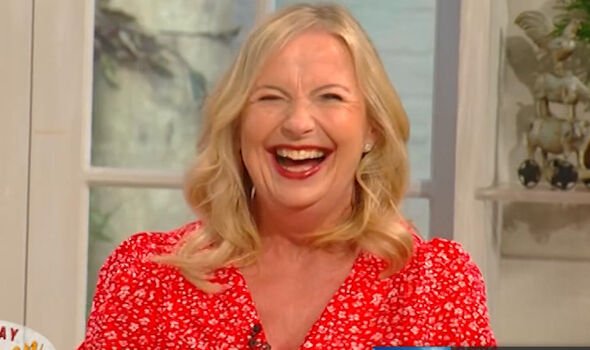 Before handing back, Matt concluded: “I am looking forward to it.”

Carol announced her engagement to her mystery boyfriend back in May and has recently opened up about how she “ruined” the proposal.

Joining The One Show hosts Ronan Keating and Alex Scott, Carol confessed: “He took me by surprise!

“We went for a picnic down by the river, and we were just sitting there, and you could see he was fumbling a bit.

“And I thought, ‘What’s the matter with you?’ And the next thing, he’s on his knee, and he had the ring, and he proposed!”

Carol joined Matt on the BBC cooking show to discuss her new romantic novel, The Hotel On The Riviera.

This is the second book Carol has written and has described it as: “It’s not a bodice-ripper. I grew up in an era when the curtains blew in the wind. But it is romantic.”

The TV star confirmed she was in a relationship in June 2021, telling Prima magazine that her mystery then-boyfriend was “very kind and very funny” as well as “extremely handsome”.

She shared: “He always makes me a cup of tea before I go to work in the morning, which is very romantic – it’s 2.45am, and he often leaves me a little love note for when I come home from work.

“That, to me, is worth a million red roses.”