'Only Murders in the Building' Season 2: Fans Have the Best Idea for a Musical Episode

On Hulu, people can catch a new series called Only Murders in the Building. They likely will recognize some of the actors in the cast list. One of the stars is Selena Gomez, who was excited to be in the show. She recalled her time on set being stressful due to safety protocols.

Still, she probably was glad to finish and show the trailer to her fans on social media. People fell in love with the series and are glad for another season. Some of them even like the idea of a musical episode.

What is season 1 about?

Only Murders in the Building mixes murder mystery with comedy. A few of the stars of the series are Martin Short, Gomez, and Steve Martin. People can find the show on Hulu, and there is only one season out so far. The season will consist of 10 episodes.

The story centers around three people living in the same apartment building in New York City. However, they do not know each other. The main characters include Charles-Haden Savage, Oliver Putnam, and Mabel Mora. They discover that they share a love for true crime stories.

Soon enough, the characters find themselves in a murder mystery when a person kills a neighbor. The three of them try to find the answer despite the fact the police ruled the incident as a suicide. They even begin a podcast to document their findings of the investigation.

So far, the first season released eight episodes. The remaining two will arrive in mid-October. Still, fans can already see the chemistry between the cast members.

Viewers think there should be a musical episode

True crime stories are popular among thousands of people. Only Murders in the Building came out at the right time, and viewers love the comedic spin the show takes. The positive reviews of the series increased fans’ hope for another season.

“if they don’t do an episode that is just Splash! The Musical in its entirety what is the point,” Wittmer wrote. Other people commented in agreement with the sentiment and would “pay hard earned money to see that.”

The show already fused murder mystery with comedy. Musical numbers could be another way to change the formula of the true-crime genre. Fans are still waiting for the first season to conclude, but they can expect more engaging episodes in the future.

The main cast has a background in music 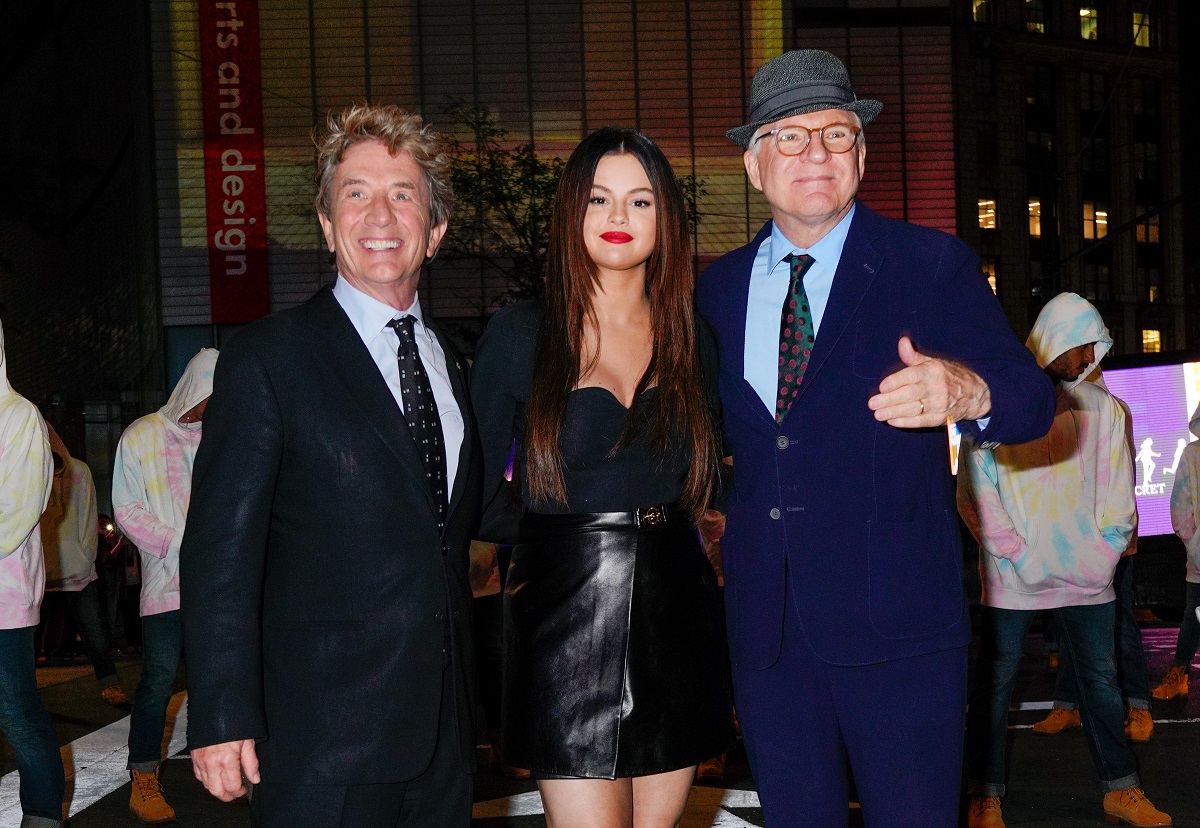 Some people might not be sure if a musical episode would work. However, the actors have a background in music, so they could pull off a musical number or two. Gomez became famous while acting on Disney Channel. She also has built a thriving music career over the years.

Martin has had a hand in different areas of the creative process in the entertainment industry. He has used his voice to record music as well. The actor produced 10 albums so far, so he could take on roles that require singing.

Short is a singer as well, and he has worked in multiple theatre productions. His character is a struggling Broadway director, so a musical episode would not appear out of place for him.

Hulu announced a second season last month, so there is not much information out yet. The core characters could return to solve more mysteries.