Jonah Byrde (played by Skylar Gaertner) has been a mainstay in Ozark ever since the Netflix series’ pilot. The youngest child to money laundering husband and wife duo Marty (Jason Bateman) and Wendy Byrde (Laura Linney), Jonah has undergone quite the transformation on the show as he discovers more and more about his parents’ villainous ways. But with shocking deaths an all too familiar occurence in Ozark and with Jonah hellbent on avenging his uncle Ben’s (Tom Pelphrey) murder, a number of fans are tipping he could go one step too far in season four.

By the time season three of Ozark came to a close, it’s fair to say Jonah wasn’t in the calmest of headspaces.

The young Byrde was left broken by the murder of his uncle and desperately sought answers – not exactly in the most calculated of manners.

As a result, he approached wicked lawyer Helen Pierce (Janet McTeer) armed with a rifle and held her life in his hands.

However, in her typical scheming fashion, Helen talked her way out of the predicament, pinning Ben’s death on Jonah’s mum Wendy and managing to convince him she was solely to blame. 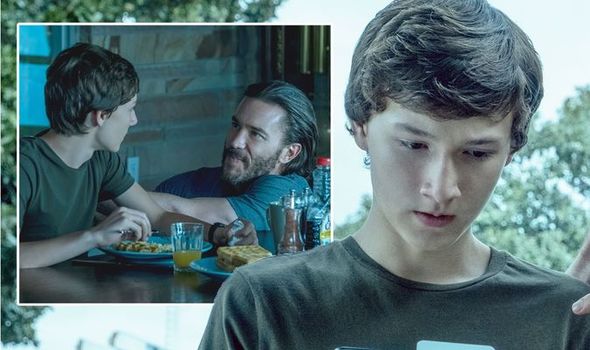 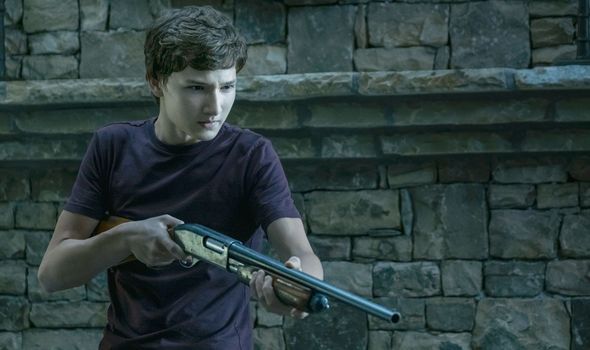 Of course, Wendy did play a major part in her brother’s demise but Helen was also part of orchestrating his murder at the hands of hitman Nelson (Nelson Bonilla) on behalf of cartel boss Omar Navarro (Felix Solis).

Armed with this new knowledge, Jonah headed home where he stumbled upon Ben’s ashes and the gravity of what had happened got all too much as he began shooting at the house – destroying a window in the process.

Considering Jonah had also grown hateful at his parents’ deceitful operation and constant lies to their children, Jonah could finally snap going into season four.

But if he focusses his quest for revenge at Omar, it looks like there will only be one outcome. 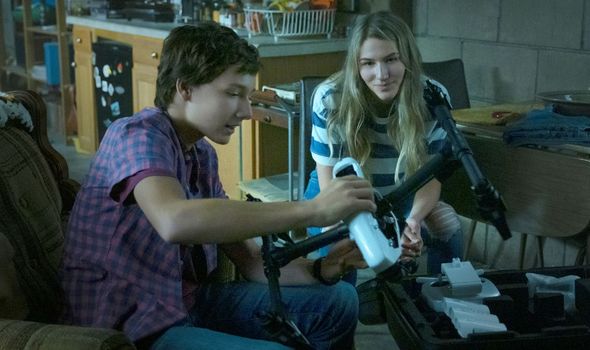 And it’s not unreasonable he may take matters into his own hands and try to track down the drug lord without letting Marty and Wendy know considering just how much the heartbreak has taken out of him.

So will Wendy and Marty be mourning an integral part of the family if he seeks out the cartel’s top boss? It’s a theory which has garnered a lot of support.

“My bet’s on Jonah,” commented one Ozark on Reddit in a discussion about who could die in season four.

They add: “He doesn’t show enough restraint kinda like Ben. Idk how it’ll happen but I really hope Wendy or Darlene kills Navarro. I think Ruth will be safe and same w/ Char.” (sic)

A second agreed: “I see it being Jonah too. He’s gonna go headfirst into something & it go bad fast.”

Another echoed: “Jonah acting irrationally, getting himself killed is a possible angle I can see,

“Since he refuses protection from his parents or goes on a wild goose chase to get some semblance of closure/revenge.”

While a fourth contributed: “I didn’t even think about how if one of the Byrde children die, how Wendy would be losing another child. You’re absolutely right, that that would fuel her in more ways than we’ve seen already. I could definitely see one of them dying at the end of the first part of the season.”

But will the popular fan theory come to fruition? There’s plenty of clues to back up the theory.

Or could Jonah somehow let his devastation subside and begin to see Marty and Wendy’s way of thinking?

One thing is for sure, Ozark fans will undoubtedly see plenty of unexpected deaths before the show bows out once and for all.

Ozark seasons 1-3 are available to stream on Netflix now.