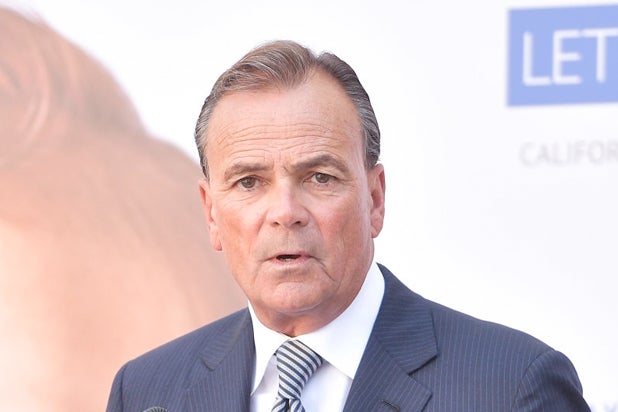 Pacific Theatres may be closing 300 theaters in California, but two of the chain’s biggest multiplexes at the Grove and the Americana in Los Angeles won’t be shutting their doors for good, according to the malls’ billionaire owner Rick Caruso.

“There is no doubt in my mind that the theaters will reopen,” Caruso told Bloomberg about the two locations. “Whether we, Caruso, gets in the theater business or we re-lease the properties is being studied by our team.”

According to data obtained by TheWrap, the 14-screen Pacific Grove and the 18-screen Pacific Glendale at the Americana grossed a combined $23.8 million in ticket revenue in 2019.

While that was a 27.5% decrease from the $32.8 million combined gross the previous year, the two locations still ranked among the top 20 highest grossing theaters in the Los Angeles market area prior to the COVID-19 pandemic.

Combined with the Pacific Winnetka and the Hollywood and Sherman Oaks locations of Pacific’s premium sister company ArcLight, the closure of the two chains takes out one fifth of Los Angeles’ top 25 theaters.

The closure of the ArcLight Hollywood in particular has drawn cries of anguish from local cinephiles and the creation of a Change.org petition calling for the theater and its historic Cinerama Dome to be saved by a new owner. To date, the petition has received over 15,000 signatures.

With major theater chains like AMC and Regal still deep in debt, real estate developers like Caruso and private equity firms may be better positioned to purchase closed theaters.

When Texas-based Alamo Drafthouse filed for bankruptcy last month, it sold its assets to Altamont Capital Partners and Fortress Investment Group in an effort to keep the majority of its 40 theaters running under new ownership.

While it’s still unclear whether a similar sale could happen for a chain with hundreds of theaters instead of dozens, Caruso’s comments show the financial interest in at least keeping theaters at shopping malls open.

While the surging popularity of online shopping has cause most brick-and-mortar retail store chains to crash and take countless shopping malls along with them, malls like the Americana and the Sherman Oaks Galleria have been able to use theaters as an anchor to stem the tide as they bring in moviegoers that also visit nearby restaurants and shops afterwards.

Los Angeles’ highest-attended theater, the 30-screen AMC Theatres in Burbank, is located at the Burbank Town Center shopping complex and reported $27.7 million in grosses in 2019.