Pandemic: What was the flu in 1918? How does it compare to coronavirus?

PANDEMIC is an aptly timed Netflix series which focuses on previous flu pandemics across the world. The series dropped on Netflix just a couple of weeks before coronavirus was labelled a global pandemic by the World Health Organisation. The docuseries mentions a case of flu which broke out hundreds of years ago, when opportunities for treatment were very different.

The influenza virus has been labelled “deadly” in the trailer for the new series, which features grainy black-and-white footage.

The narrator is heard saying: “100 years ago a deadly influenza virus infected hundreds of millions of people, somewhere in the order of 50 to 10 million deaths.

“When we talk about another flu pandemic happening, it’s not a matter of if, but when.”

The series touches upon outbreaks such as Ebola and Bird Flu, which were spread globally, but coronavirus was not recognised as a global pandemic at the time. 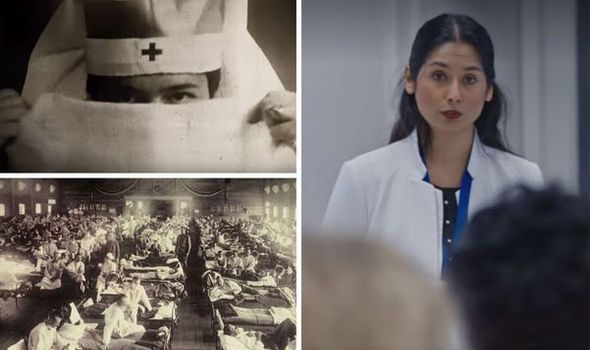 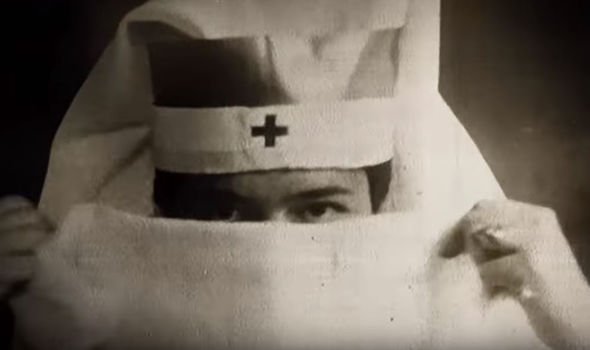 The most severe pandemic in recent history was recorded in 1918 according to the Centers for Disease Control and Prevention.

The disease was caused by a H1N1 virus and it was spread worldwide across that year and the following year.

The United States first identified the virus in military personnel in the First World War and it was estimated about 500 million people became infected all over the world.

About 675,000 deaths were recorded in America during the pandemic, which seemed to affect young children, young adults and the over 65s. 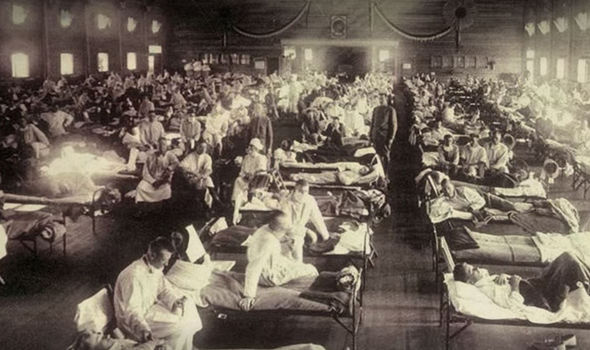 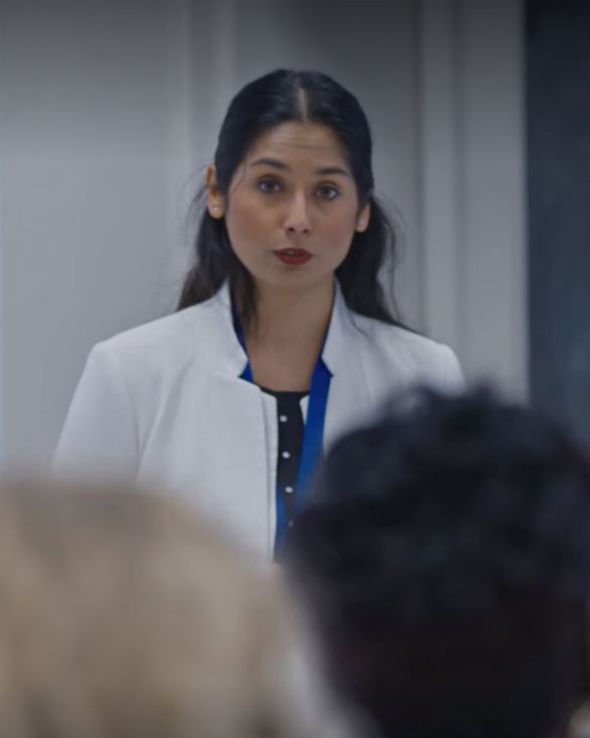 At the time there was no vaccine to protect others against influenza and there were no antibiotics to treat those who had been affected.

Instead, much like the world is seeing today with coronavirus, the control efforts were around self-isolation, quarantine, good personal hygiene and limitations on public gatherings.

The 1918 was the deadliest pandemic of the 20th century, with the flu activity coming in a number of waves.

The first isolation of influenza is believed to have taken place around 1930, and the US Public Health Service recommended an annual flu vaccination for high risk people in 1960.

DON’T MISS…
The English Game: What happened at the real Darwen FA Cup Final? [INSIGHT]
Narcos timeline: How does El Chapo series fit in with Narcos? [FAN DISCUSSION]
100 Humans Netflix hosts: Who are the hosts of 100 Humans? [INSIGHT]

The pandemic was also referred to as Spanish Flu as the first reported cases were in Spain.

Soldiers were becoming ill with sore throats, headaches and loss of appetites, as well as a fever.

The outbreak hit the UK in a number of waves but peaked at the end of the First World War.

According to Historic UK, a quarter of the British population were affected and the death toll in Britain was 228,000.

The website said more people died of influenza in a single year than in four years of the Black Death in the 1300s.

History seems to be repeating itself as the death rate for coronavirus continues to rise across the world.

As it stands the global death rate as a result of the coronavirus pandemic sits at 17,138, with more than 300,000 cases being reported.

Reassuringly, more than 100,000 people have recovered from the virus across the world, and experts are working around the clock to find a cure.

The latest measures to have been taken include shutting all non-essential shops in the UK, as well as libraries, gyms, and other places where social gatherings take place.

Thanks to more advanced technology, and a history of research into vaccines, a cure for coronavirus is likely to come sooner than it did for sufferers of the 1918 outbreak.

Pandemic: How To Prevent An Outbreak is available to watch on Netflix now