PETER Andre's wife Emily has said she's "tempted" to have more children with the singer.

However, she kept very quiet on the subject of Katie Price's kids after the star went on a rant against her last night. 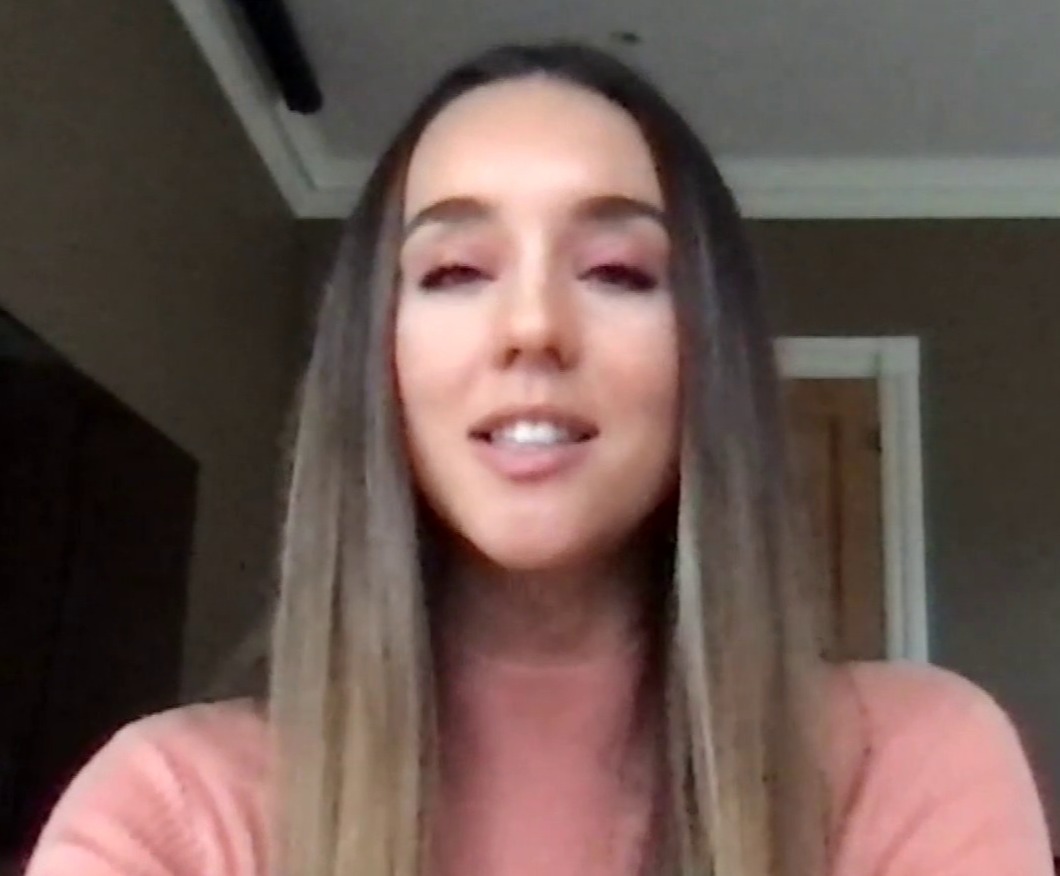 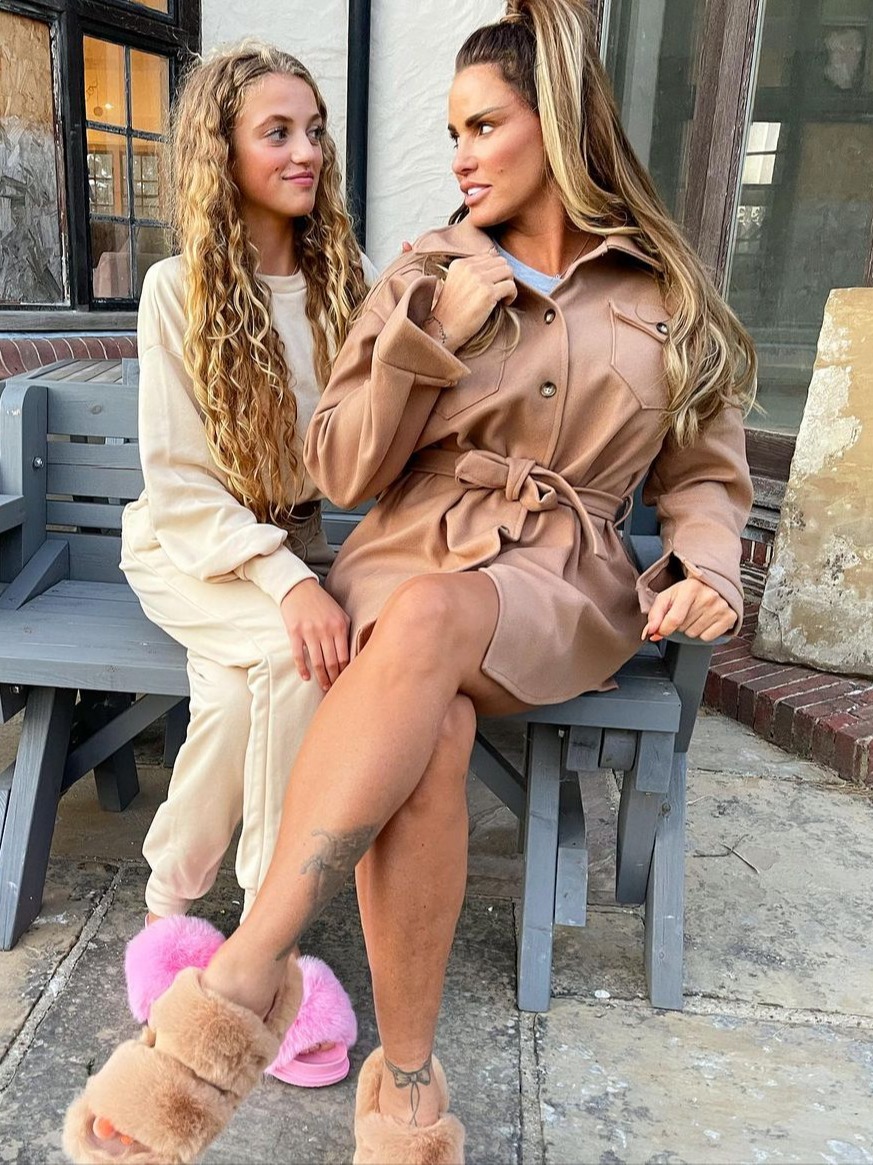 The NHS doctor, 32, was discussing her new book on ITV's Loose Women hours after Katie branded her a "disgusting person" on Instagram.

But appearing on Loose Women today the NHS doctor declined to have her say, focusing instead on her new project.

Quizzed over whether she would have more children with Pete she said: "The funny thing is I get tempted.

"I get tempted all the time. Then my sensible brain kicks in and goes no, you've got things sorted out now.

"Theo's just started school now so we've got a lovely thing going on. It's so nice at home – I've got the time, I think, to spend between them."

She did not mention Princess or Junior, Peter's children with Katie – though many think they were in picture frames on the wall behind her during the interview.

It is believed Katie flew into a rage last night after reading Emily's remark that she "works hard to keep things consistent" for the children in a magazine.

She posted: "Emily you are not and never will be my kids' parent so mind your own business, your so two faced and definitely not the person you portray to the public.

"I think you're a disgusting person so stop trying to interfere in my life."

Katie also falsely claimed: "So cringe she has used my children to make money in photo shoots yet covers her own children's faces up!"

And she insisted Emily had stopped her daughter from visiting her when she was in The Priory saying: "She is so jealous of my relationship I have with Princess and puts me down."

However, a source said: "This attack is fuelled by jealousy, pure and simple.

"The claims she made are not just so cruel but totally untrue. Emily would never stand in the way of Princess seeing her mum.

"Looking after another person's children is never easy and she has been very careful to be respectful of Katie and has never once so much as spoken about her publicly.

"Anyone who knows Emily will appreciate how horrified she will be to be the subject of these made-up claims.

"She is a wonderful stepmum to Junior and Emily and has a great relationship with them both." 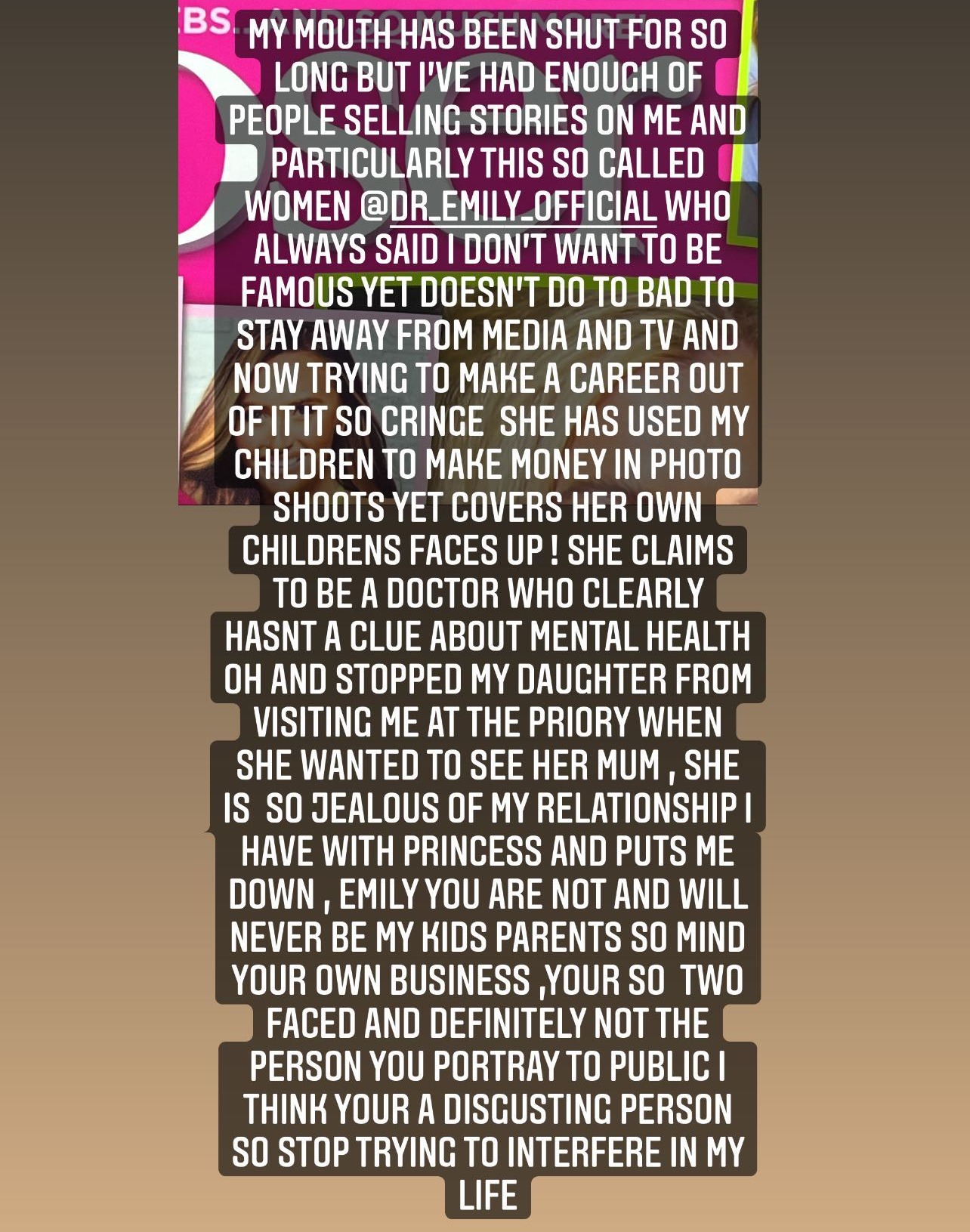