Home » Peter Purves hits out at ‘national tax’ for pets after spending £40,000 on vet bills

Peter, 82, has been a dog lover all his life and has kept them as pets ever since his days as a Blue Peter presenter. With vet bills skyrocketing over recent years, he and journalist Liz Jones, who supports an NHS-style system for pets, joined the Good Morning Britain panel to debate the matter. However, the television veteran shocked everyone on the ITV show when he detailed the total he has spent on bills yet would not be willing to back a national tax to help fund medical procedures for pets.

Beginning the debate, Peter expressed his views that bills were “very expensive” and Susanna Reid, 50, wanted to dig a little deeper.

“How much would you say you’ve paid in pet bills over the years?” she asked, to which the broadcasting stalwart replied: “I’ve kept dogs since I left Blue Peter so that is 40 years.

The former Blue Peter star disagreed as he explained: “Don’t get me wrong, I’m not happy at all. I do think the vet’s bills are extremely high.

“You pay for a lot of skill and it is very heavy on the pocket. Some of my dogs have been insured and some have not.” 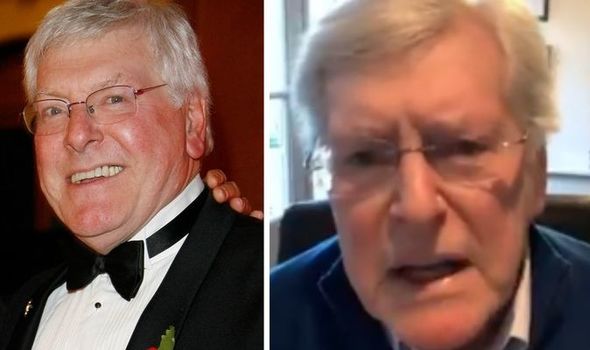 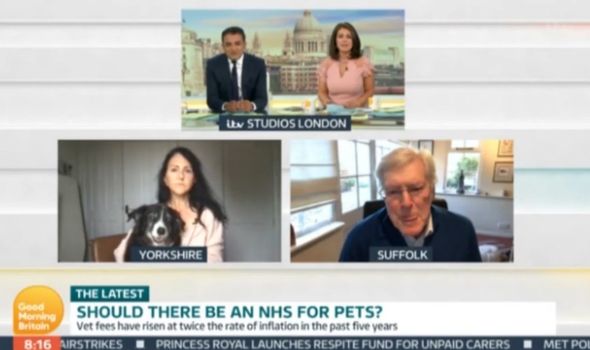 “Those who haven’t and I thought, ‘They’re well enough and we’ll save a bit of money and if they’re ill we’ll pay it ourselves’,” Peter added.

“But it’s worked out very expensive,” he continued before going on to speak of his views on a national tax for pets being introduced.

The broadcaster said: “I don’t think the nation generally would accept the fact of having to pay extra for an animal NHS.

“It certainly couldn’t come out of the current NHS because, I mean, they struggle enough as it is,” he declared. 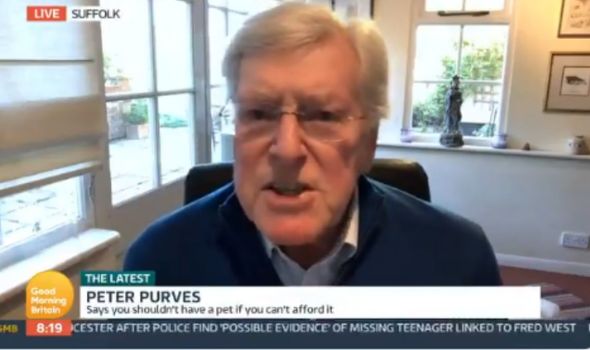 Peter continued: “It’s not practical and I agree vet’s bills are terribly expensive.

“I think they are over expensive and we’ve had dogs that have operations costing over £4,000 each and we’ve had at least four of those in the last 20 years.

“It is very expensive and I see that but having a pet is a personal choice and therefore, it’s one of the things you have to factor in when you’re deciding you’re going to have a pet.”

Susanna explained that was the biggest argument coming out of the debate, that pet owners should be forking out for their own animals.

Liz offered a different perspective as she said: “It’s been proven over the last year pets do so much for our health.” 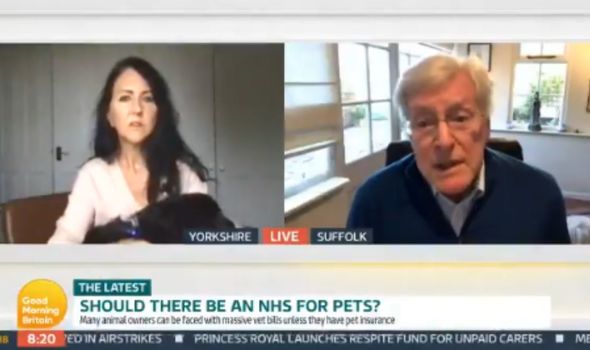 “You’re much fitter because you walk a dog. Think of all the lovely old women who have a cat and that’s the only company they’ve had in the past year,” Liz explained.

“Pets are members of our society. I pay taxes, I pay for other people to have children but no one contributes towards our animals.

“Vets are charging three times what pharmacies are charging for medicines,” she continued, before asking why animal procedures are costing extortionate amounts compared to the human equivalent.

“My dogs are my babies, they’re my family and I love them and they are part of society and they do so much for us.”

Another added: “Absolutely not, people pay into the pot all their lives for the NHS, my cat hasn’t paid a penny in his life! I’ll cover his costs, he’s my pet. Pet NHS is ridiculous.”

Whilst a third commented: “I do think the whole vet and insurance charges need looking at…vets charge more than if I went for private health care for me!! £30 to dip a stick in urine…ridiculous.”

“Vets need to stop charging extortionate fees. Is this mainly due to them knowing most bills are paid for by insurance companies? Regulators need to step in,” a fourth shared.