FOR many, the idea of being in a cinema surrounded by screaming kids munching on popcorn and kicking their chairs is a nightmare.

But as I watched Peter Rabbit 2 with a bunch of ageing film critics, that’s just where I wanted to be for this riotous movie. 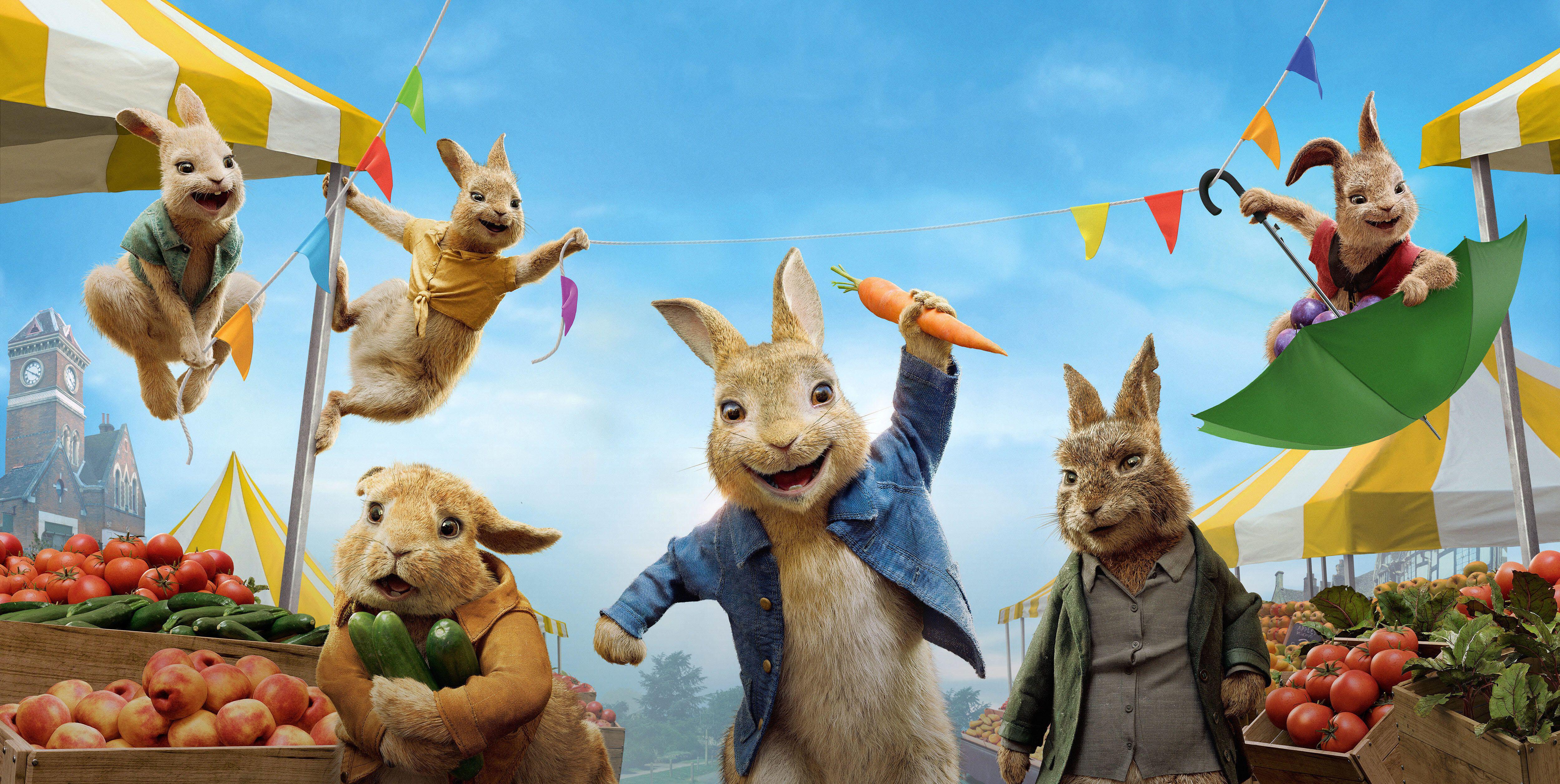 It was a joy to be back in front of the big screen, leaning back in my comfy red seat. Yet what was missing was the chorus of infectious laughter bouncing off the walls.

Critics rarely guffaw loudly and they were all sitting so far from each other that I wouldn’t have heard a chortle if they did.

Yet, the unrepentantly silly Peter Rabbit 2 certainly made me laugh out loud with its mix of slapstick gags and in-jokes for grown-ups.

So it’s sure to have an even more rib-tickling effect on your little ones.

Domhnall Gleeson doesn’t just throw himself into the role of bumbling farmer Mr McGregor, he propels himself into it with hurricane-like gusto. Imagine Some Mothers Do ’Ave ’Em’s Frank Spencer after a crate of energy drinks.

Whether it’s falling down a hill Looney Tunes-style or being beaten up by a CGI animal, Gleeson always pulls something extra out of the hat.

Yet, it’s not just the visual gags which hit the mark in this sequel, it is the sharp writing as well.

It pokes fun at farmers’ markets with their overpriced gifts, middle-class people with champagne in the fridge saved for a special occasion that will never come and James Corden’s “annoying” voice. Kudos to the actor for being self-aware enough to realise his excitable tones as hero bunny Peter are “polarising”.

The film begins with Mr McGregor marrying painter Bea (Rose Byrne), whose head is then turned by a publisher (David Oyelowo) wishing to transform her Peter Rabbit picture books into something tasteless.

When I saw Peter’s image on a huge billboard, I feared this would turn into one of those cliched sequels where the main character learns about the perils of fame. Thankfully, director and writer Will Gluck goes in a totally different direction, with the loveable bunny meeting a gang of thieving pets.

This leads to a glorious heist set-piece and a quick-fire finale which hits you with one winning gag after another. Such enthusiasm suggests a five-star review, but there were times I wished I’d stuck veg in my ears like Peter does so I didn’t have to listen to Corden so much.

If it wasn’t for that, Peter Rabbit 2 would be 24-carrot gold.

YOU don’t have to like the characters in a film . . . but it helps.

There is not one vaguely agreeable character in Billie Piper’s directorial debut – which she wrote and stars in – so it is a difficult watch. 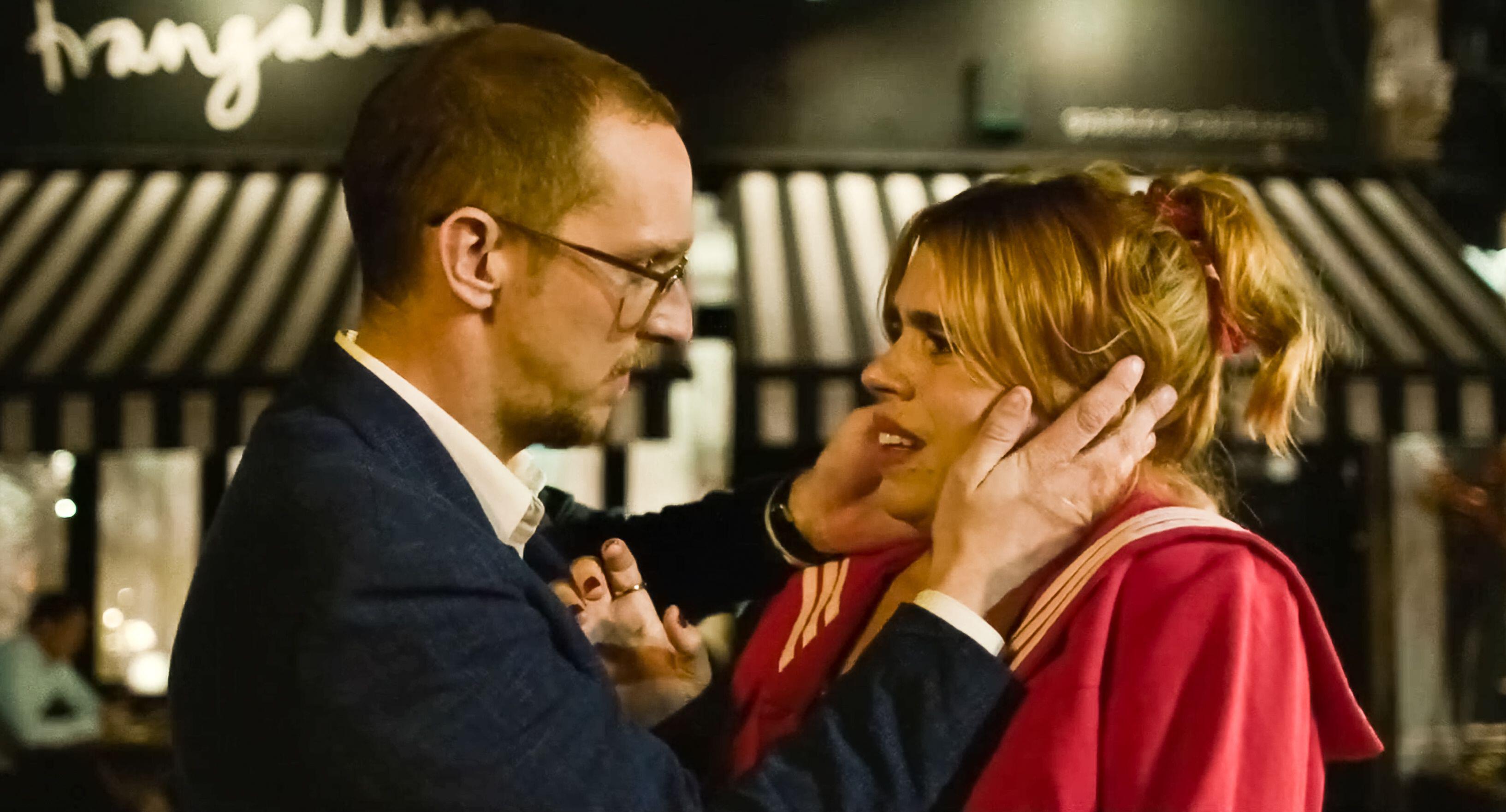 That opening has promise, with feisty chat between the two.

Pete scoffs that Mandy has “a lot of teeth”, adding: “I find women intolerable but I realise I can’t live without them.”

At the end of the date he tells her what he is going to do with her Insatgram pictures.

On its own, the scene is amusing. But from there, the confrontation feels relentless.

Pete isn’t kooky and funny, just awful – as is Mandy’s dad (David Thewlis) and her mum (Kerry Fox), who tries her best but deals with her own illness with a careless attitude.

Mandy’s friends, who snort cocaine and jabber about their caesarean scars, are not great company either. There is a nice dance scene at a wedding – with Lily James as the bride – and a decent performance from Piper.

But most of Rare Beasts feels like being thrown into a room full of angry people after drinking a gallon of some unpleasantly tangy energy drink.

And that’s exactly the feeling behind this sweet coming-of-age film, based on the memoir of US journalist Joanna Rakoff. 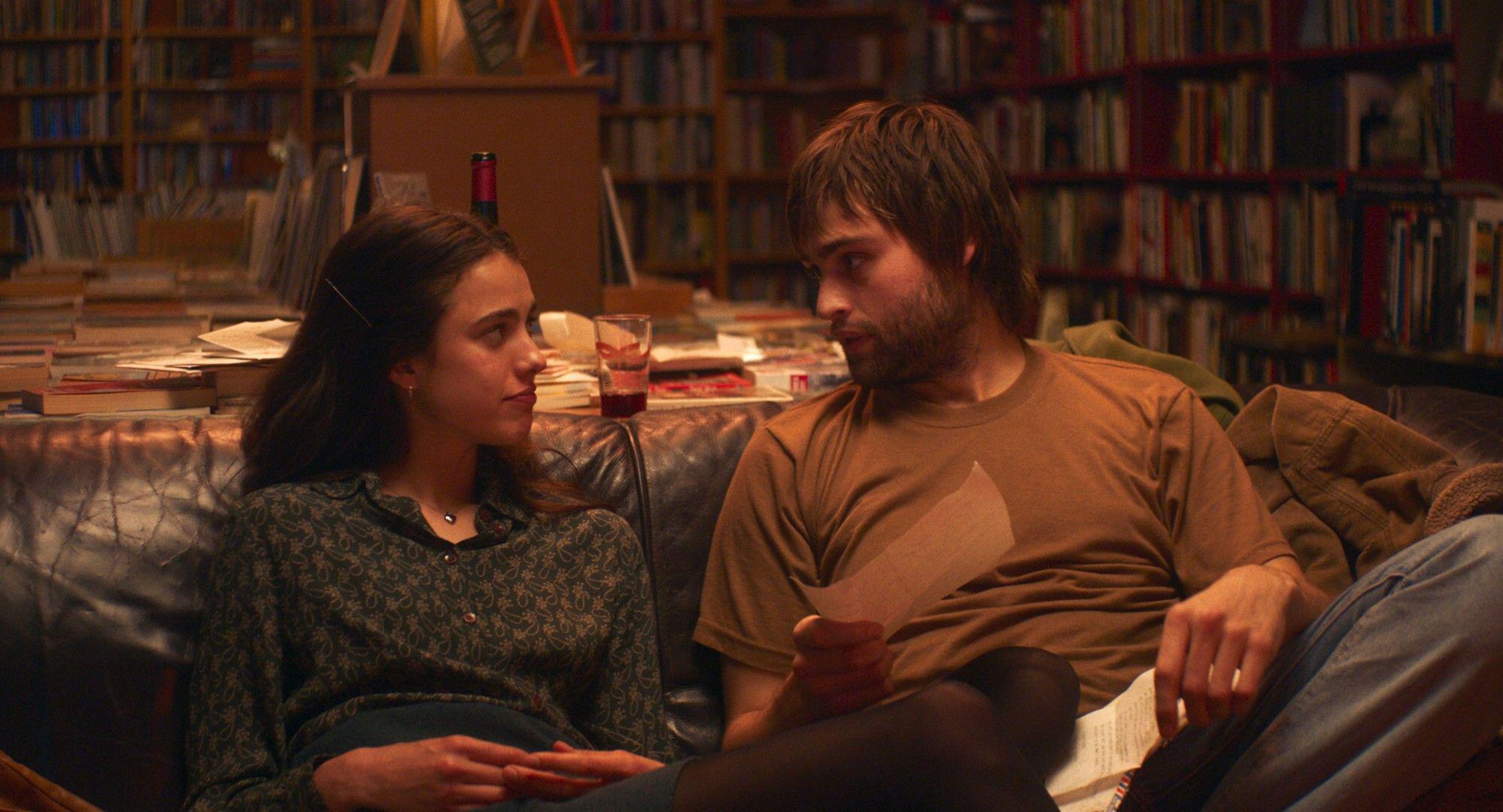 Wannabe writer Joanna (Margaret Qualley) quits university and her steady boyfriend for a bohemian life of poetry readings and smoky cafes in the Big Apple.

She gets a job at a literary agency, where her boss is technology-hating Margaret (Sigourney Weaver).

There, Joanna must hand-type everything and her main job is reading fan mail sent to the agency’s one main client: Catcher In The Rye author J.D. Salinger, or “Jerry”, as Margaret refers to him.

This opens the door to a fascinating world of Salinger obsessives. The pace is gentle but becomes more compelling as Joanna finds herself drawn in by the reclusive author (whose only presence in the film is as a voice on the phone) and his fans.

Through her experiences with them, she battles with her own decisions and personal life with a narcissistic poet boyfriend (Douglas Booth).

While sections of the film sleepwalk through the script, it is a perfectly pleasant and watchable take on a young woman finding her own creative path through those who have trodden it before.