Phil Collins has shared an update on his physical health as he and his rock band Genesis prepare to go back on tour, saying that he’s ‘barely able’ to hold a drumstick in one of his hands.

In the 1970s, Phil, now 70 years old, was recruited to join Genesis as the band’s new drummer, eventually announcing his departure from the group in 1996.

The band have reunited on several occasions over the years, coming back together for their Last Domino? tour, which had to be postponed last year due to the coronavirus pandemic.

On Thursday’s edition of BBC Breakfast, Phil spoke in a rare interview about the tour and how his physical health prevents him from being able to drum, as he would have liked to.

‘I’m kind of physically challenged a bit, which is very frustrating because I’d love to be playing up there with my son,’ Phil said, referring to his son Nic Collins, who has taken over on the drums. 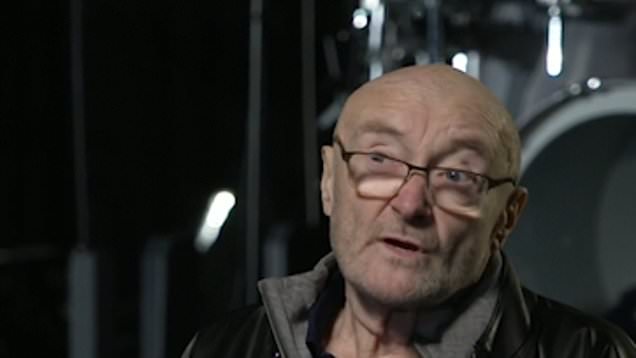 When asked if he could do any drumming at all, the In The Air Tonight singer replied: ‘No. I’d love to, but you know, I mean, I can barely hold a stick with this hand. So there are certain physical things that get in the way.’

Phil previously said that the tour Genesis tour was a way of the band ‘putting it to bed’.

‘Yeah, well you know, you say things. I mean, we’re all men of our age and I think to some extent yeah, I think it probably is putting it to bed. Just generally, for me, I don’t know if I want to go out on the road anymore,’ he said.

In Jun 2019, Phil was pictured making a rare public appearance while using a wheelchair and a walking stick.

In 2016, he recalled the back surgery he underwent the previous year, stating: ‘I’d messed my hips up as well. That was a year ago and as of now I have a dropped foot, which means I have no feeling in it.’

Over a decade ago, Phil explained to fans that while touring with Genesis, he ‘dislocated some vertebrae’ in his upper neck, which impacted his hands.