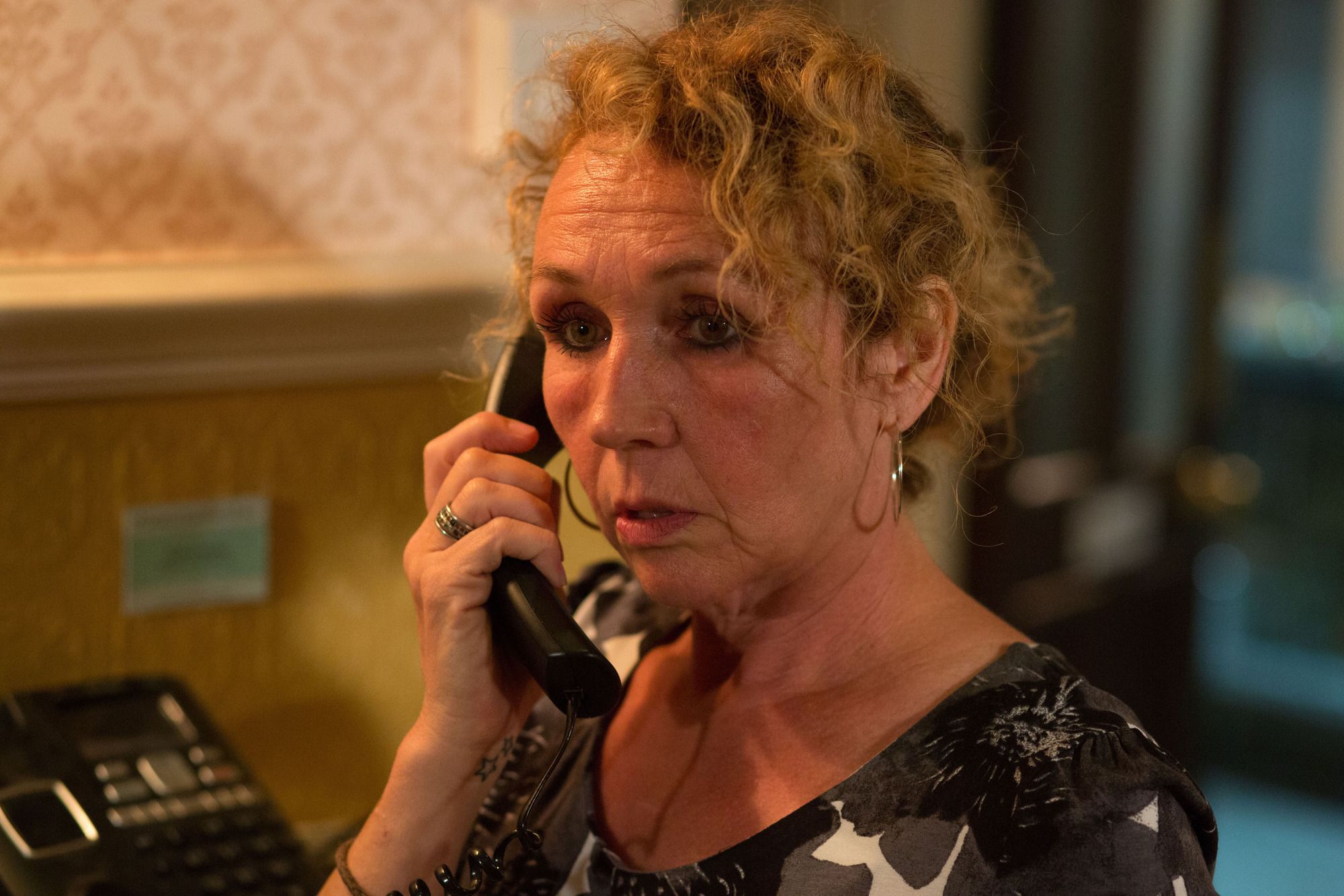 EastEnders fans were rendered completely and utterly speechless earlier this week when Tracey the barmaid claimed that Phil Mitchell (Steve McFadden) was the ‘best sex’ that she ever had.

Phil’s former partners Sharon Watts (Letitia Dean), Kathy Beale (Gillian Taylforth) and Shirley Carter (Linda Henry) gathered in the Queen Vic on the day their ex was due to marry Kat Slater (Jessie Wallace), reminiscing about their experience as the hard-man’s other half.

They all agreed that Phil isn’t the romantic type, which prompted Tracey – who was serving at the bar – to get involved in the conversation, as she revealed that Phil was ‘the best sex’ she’d ever had.

The fact that Tracey has slept with Phil isn’t exactly news, given that she previously confirmed such information during the show’s 35th anniversary, filling Big Mo (Laila Morse) in on all the details.

What is surprising, however, is that our Trace branded the experience the ‘best ever’ given that she’s also spent the night with the unforgettable Dennis Rickman (Nigel Harman).

RIP Dennis, we still miss you.

Dennis, who was undoubtedly the love of Sharon’s life, showed up on the Square in April 2003, and shortly afterwards, he and Tracey ended up spending the night together.

Their night of passion was subsequently revealed to viewers when Dennis entered the bar to return a pair of underwear which belonged to the barmaid, leaving fans at the time in utter shock.

Dennis, as viewers may recall, was killed off in a shock storyline in 2005 when he was stabbed by a mysterious passer-by in the Square while he was approaching Sharon.

He subsequently died in her arms.

We’re still not over it.

Star Nigel Harman, meanwhile, has reportedly signed a big contract to join the cast of Casualty for a storyline next year.

‘Nigel has signed a one-year contract with the show. It’s really exciting. Producers are thrilled to have such a big name joining the cast’, an insider told the Daily Star.

‘Max is really going to ruffle feathers. He is a loveable rogue who isn’t afraid to say what he thinks. The writers have got some really big storylines planned for this character. He’s going to be at the centre of the action.’

EastEnders airs Mondays to Thursdays at 7:30pm on BBC One.