Pointless returned to BBC One tonight with the midweek instalment of the popular quiz show, and it wasn’t long before host Alexander Armstrong made a major change.

After introducing all of today’s players, Alexander revealed the question for the first round: “The question concerns National Parks and their nations.”

The players in the studio and those watching at home saw the first board appear with the pairs of National Parks on.

As per usual, Alexander began to read them out one by one, making his way down the board.

“Let me read those, one more time!” He remarked in reference to the amount of times he had to say the phrase “National Park”.

After finishing, Richard jumped in and commented: “We could have just left out the word ‘National Park’ and just said ‘all of these have the words National Park after them.’”

Finding it incredibly funny, the teams and the audience audibly laughed.

Continuing, Richard added: “Because you just had to read ‘National Park’ out 28 times there!”

Infuriated with his smart comment, Alexander was seen waving his hand about as he replied: “Alright, alight!” 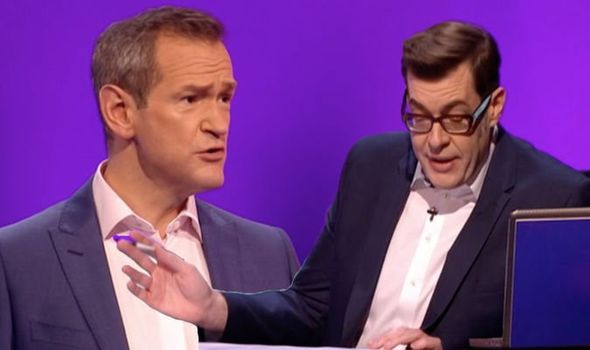 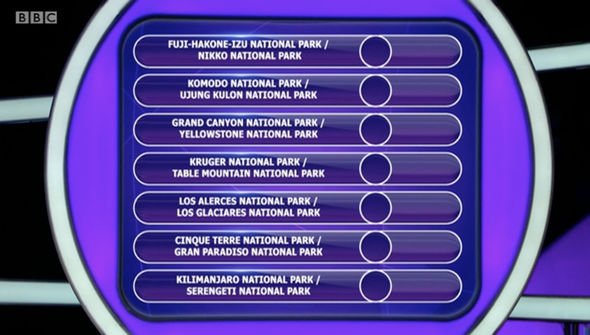 “We’ll take it as read, they’re all National Parks, when we get to the next board, I might try that, just to see if it works,” he added.

Trying to be awkward, Richard said: “Can you imagine, one of them won’t be there in the next one will it? It’l be something different.”

But this didn’t deter Alexander from kicking off the round and he went straight to Anu and his teammate Emma for the first answer.

After each team had given an answer and received their scores, it was time for the second part of the round.

“Ok let’s put seven more pairs of National Parks up on the board,” Alexander introduced. “And here they are! 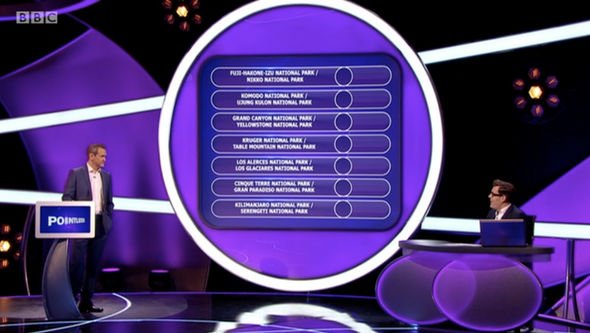 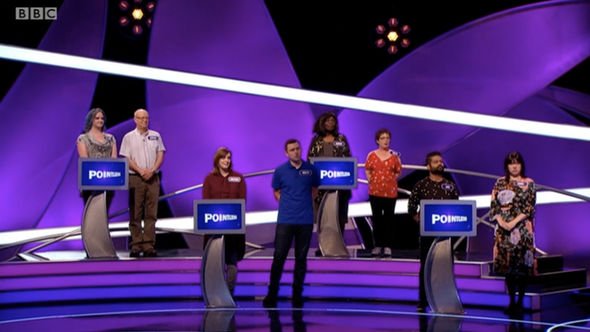 “We have the Pyrenees National Park / Vanoise National Park. Do you know what? They’re all National Parks! I’m going to watch what I do here,” the host remarked before just saying the first word for each one.

It comes after Monday’s show when those watching at home saw Alexander bend the rules and help a team out with the answer.

After discussing musical instruments, Richard asked Alexander what the difference was between a flute and an oboe.

Alexander started to explain, and it all ended with him accidentally giving away one of the answers, and he was mortified by what he had just done.

Pointless airs weekdays at 5.15pm on BBC One.