Denise Richards of Real Housewives of Beverly Hills is back in the headlines, along with husband Aaron Phypers. This time around, it seems that there is legal trouble brewing for the couple. 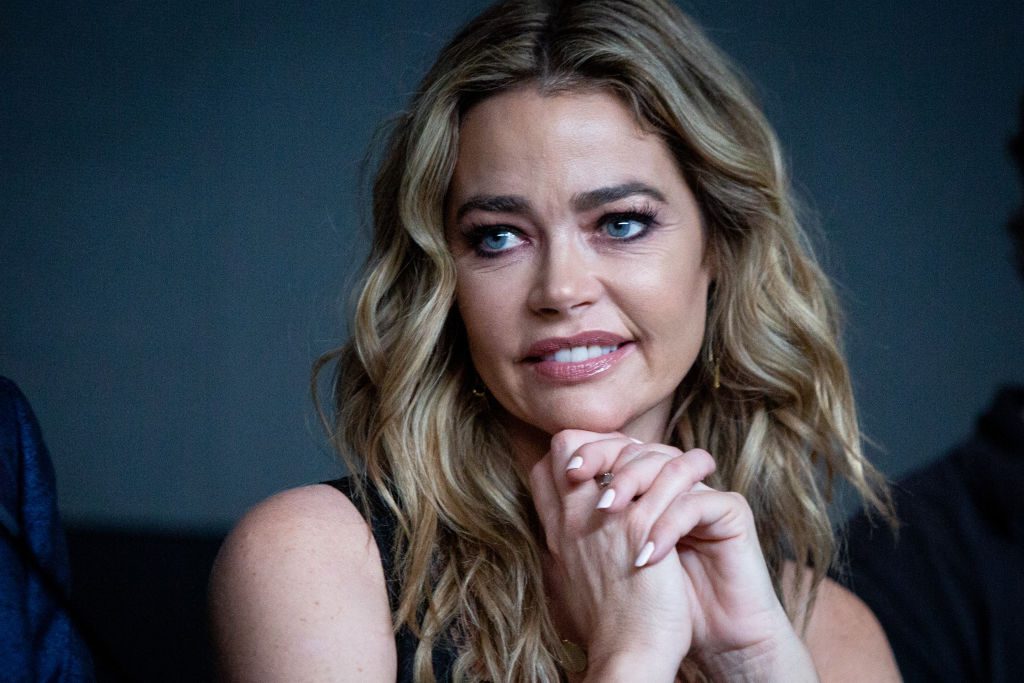 Richards shares two daughters with ex-husband Charlie Sheen. The reality star also adopted a daughter in December 2017 after her divorce. She tied the knot with Phypers in September 2018, according to Bustle.

During the Real Housewives of Beverly Hills reunion show last year, she told her co-stars that her husband gets along well with her ex. “They actually do get along,” Richards said. “And when we got married, Aaron called Charlie to let him know that we were getting married, just out of respect, that he was going to be a stepdad to our girls. They get along.”

Regardlessof their highly publicized divorce and the many scandalous headlines that havefeatured Sheen, Richards never speaks negatively of her ex-husband. “I’m not asaint and I do my best and I’ve made a lot of mistakes with Charlie, but Ithink it’s best to not talk in such a negative manner about your children’sfather because they’re the ones that suffer ultimately,” she said.

Soon we will be living here in Montana & Los Angeles.. best of both ?…. the first time I went to la when I was younger I felt like I was home, same feeling visiting Montana for the first time 7yrs ago. Such a sense of peace & simplicity. @aaronwilliamcameron I want a ranch with ? ? ? ? ? ? ? ? ? along with the fancy ? ? ???… #BeverlyHillbillyAt❤️

The Blast recentlyreported on legal documents that state Richards and Phypers leased a hometogether in Los Angeles in July 2018. According to the article, the couplesigned a lease which included specifics on what pets they were allowed to haveinside of the house.

As the lease reads, the lawsuit claims thatRichards agreed to the terms of “no animals on the property other than twopot-bellied pigs and three dogs.” Also, they would “properly use,operate, and safeguard the property, keeping it clean and sanitary, would payfor all damage to the property caused by tenants or pets.”

Thelawsuit goes on to say that the contract specified the couple “would not,and would not permit guests, to disturb or annoy neighbors, and upon vacatingthe premises defendants would return the surrender the property to plaintiffsempty of all personal property, and would remove all debris, return the propertyin the same condition as at the commencement of the lease.”

According to The Blast, the owner of the property now claims the couple, “breached the foregoing written contract through causing significant damage to the leased property, and knowingly and willingly violated the Pet Addendum.” The owner also stated they have “sustained damages, monetary and otherwise,” and goes on to say, “the intentional misrepresentations engaged in by defendants, and each of them were done with malice, oppression, and fraud. Further, said conduct was despicable in that it was so vile, base, contemptible, miserable, wretched, and loathsome it would be looked down upon and despised by ordinary decent people.”

The attorney for the RHOBH star fired back a letteraddressing the accusations, making a decent case for rebuttal. “First and foremost, sinceyou are claiming damages to the property for repair and replacements then I amentitled to see descriptive invoices paid or pending, including receipts andother documents describing damages,” attorney Stephen Bernard wrote in hisresponse on behalf of Richards and Phypers.

The letter stated thatthe owners refused to send any photos or video of the damages they wereaccusing Richards and Phypers of causing, and since the house recently sold atfair market value, the couple should not be held liable for previous issueswith the home.

My hubby posted this & I need to actually thank him for taking such great care of me. This was a couple months ago & turned out to be a good lesson for me to always listen to my body. Being a mom, wife, & having a career sometimes it’s easier to just be strong and power through, I thought the pain & my other symptoms would just go away. They did not and got a lot worse. I’m so grateful to @herniadoc & her fabulous team. I thought I had one femoral hernia, I actually had 2 femoral & 2 inguinal. And I waited way too long & didn’t even tell my husband how bad I was feeling (I know it was stupid) … gotta always listen to our bodies & take care of ourselves. #Repost @aaronwilliamcameron ・・・ To the most incredible woman my soulmate. I am always in awe of your Beauty perseverance, dedication in all you do. These photos taken a couple of months ago from an emergency procedure femoral hernia not one but four! 6 hours waiting close by. Love you baby everyday getting stronger! @deniserichards

These points are outlined in the lawyer’s letter, stating, “it is my understanding that the house has been sold at fair market value according to comps in the area, so not only are your estimate of damages irrelevant but beyond that, simply a shakedown in an attempt to obtain monies because of my client’s celebrity status.”

Bernard goes on to detail significant issues with the home that were discovered when the couple first signed the lease, such as “fecal matter found in virtually every room, rat and possum carcasses were found in the attic, severe mold was found in the cabinets and surfaces in the restrooms, broken dishwasher, the flooring in the kitchen, living room, dining room, and the hallways had completely mismatched wood flooring.”

Richards’ lawyer concluded his letter by informing the owners that she and her husband have evidence of their statements, writing, “my clients had videotaped the premises after moving out. There does not appear to be damaged as you describe. I am more than happy to share the videotape with you.”

Time will tell how this real-life drama plays out for Richards and Phypers.