The Eurovision Song Contest grand final took place on Saturday night and fans saw Italy’s Måneskin crowned the winners. The group took home the trophy at the competition in Rotterdam after gaining a huge score of 524 points with their rock track Zitti E Buoni. However, speculation was rife after a video of lead singer Damiano was circulated on social media showing him leaning over a table. Many believed he was talking drugs but the band insisted this was not the case on BBC Breakfast.

Louise Minchin and Dan Walker welcomed Måneskin on to BBC Breakfast via video link on Monday.

The presenters quizzed the group about their Eurovision win, but also addressed the drug use rumours surrounding the band.

Lead singer Damiano David who has been accused of taking drugs at the competition was quick to deny the rumours.

He explained what was really going on in the footage where he was spotted leaning over a table. 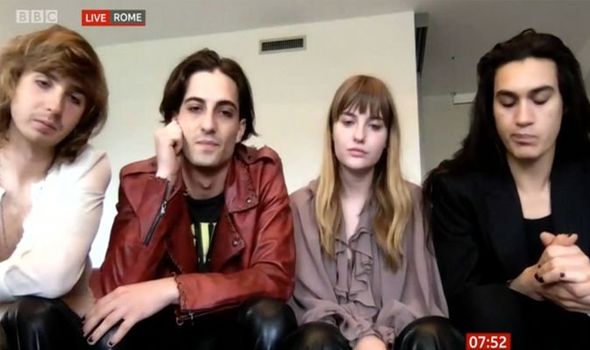 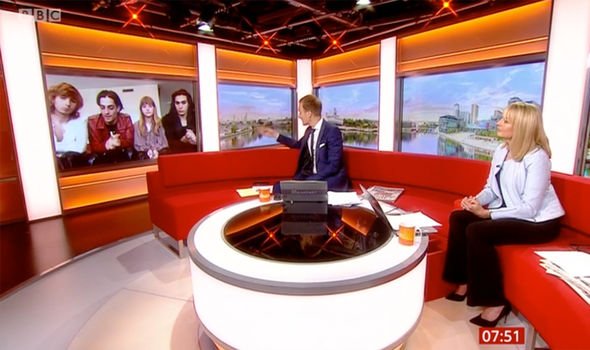 Damiano said: “It was the moment when they were giving us 12 points.

“Meanwhile, Thomas broke a glass so I was cheering and I saw the glass broken so I was like ‘My God what happened?’

“But, yes I feel really offended. I think these kind of things are outrageous.

“You know, we are young guys with a huge passion for music and yeah I think this has actually overshadowed our winning,” the singer explained. 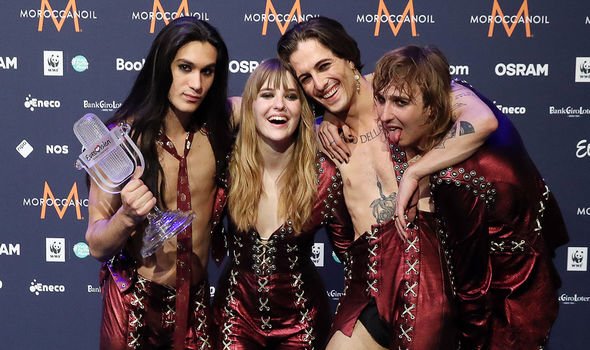 “We will get drug tested and get the proof, it’s all speculation,” Damiano confirmed.

Louise asked the group how they felt having to deal with these rumours after winning the competition.

Bass guitarist Victoria De Angelis said: “It makes us a bit sad because what we try and spread is just our music and a positive message.

“We never have used drugs and we really don’t want to spread this kind of message,” she commented.

Victoria continued: “So what we’ve tried to do is focus on this incredible thing that happened and all the people supporting us.

“That’s what matters the most and I don’t think people should say stupid things about us,” she added.

2021 marks a big year for Eurovision as the contest celebrates its 65th anniversary.

There was lots of excitement surrounding the competition as fans had to wait longer than usual for the event.

There was a two year gap before last week’s contest after the 2020 competition was cancelled because of the Coronavirus pandemic.

As per Eurovision tradition, next year’s event will be hosted by the winning nation Italy.

BBC Breakfast airs weekdays at 6am on BBC One.