Home » TV & Movies » 'RHONY': Andy Cohen Thinks Carole Radziwill Is Angry With Him and Thought He Was up Bethenny Frankel's A**

Bravo producer Andy Cohen recently shared that he thinks Carole Radzwill from The Real Housewives of New York City is still holding onto some animosity over the show.

“I think she’s angry toward the show and me and she felt like I was up Bethenny’s a**,” Cohen said on Brandi Glanville’s Unfiltered podcast. 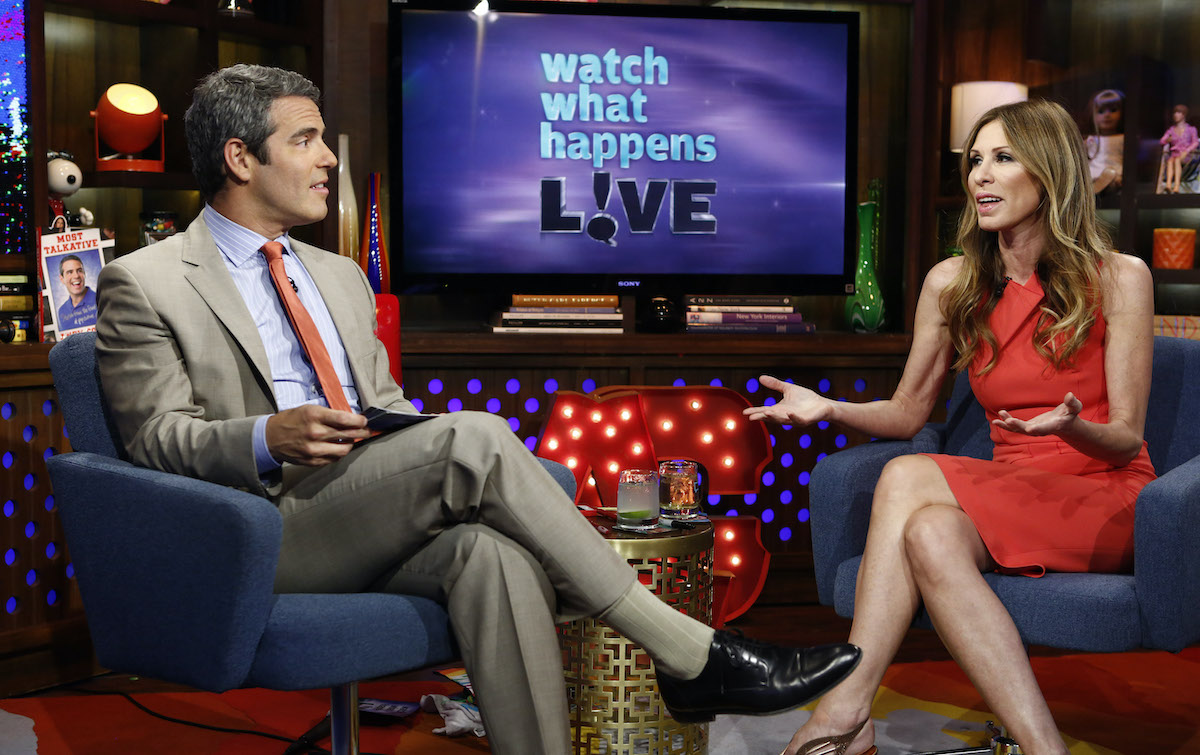 “I don’t think she said we were overly close. We were in each other’s circle for years,” he added about Radziwill. “We didn’t talk on the phone. We didn’t email but I think we had genuine [love] for each other.”

Radziwill left the show following a fallout with Frankel. She accused Cohen of being full of s**t during her final reunion and was afraid of Frankel.

“I haven’t seen Andy since,” Radziwill told Heather McDonald on her Juicy Scoop podcast. Radziwill clarified that she directed her comment about Cohen being afraid of Frankel was more for production too.

“We were more ballsy about it,” she said. Like we were like ‘Hey,’ like we tried to check her a little. But there was no checking her at that reunion. You didn’t see a tenth of what happened at that reunion. Because they edited it down. I mean we filmed for like 10 hours.”

Frankel said she ran into Radziwill last year and that they had a good exchange. “I ran into her at a charity event a couple months ago, and we had a really nice time,” she said, Bravo’s The Daily Dish recounted. “I saw her at the bar, we had a conversation, you know, we talked about [Carole’s ex-boyfriend] Adam [Kenworthy] and just life and it was nice. We actually just had a moment, and it was clean. I like when things are clean.”

Radziwill used to be invited to Cohen’s Christmas party

Radziwill received a coveted invite to Cohen’s annual Christmas party, but none of the other Housewives were invited. McDonald recalled that Radizwill wrote in her book that if Cohen invited one cast member he’d have to extend an invite to everyone.

“That was his Christmas party,” Radziwill said on the Juicy Scoop podcast. “No, I understood. And I’m not someone who ever gets upset about not being invited to a party. I’m pretty much a homebody. But he did invite me when I was a Housewife.”

“The reason he did and the reason he could before I met Bethenny and she was on the show was because I didn’t talk about it,” she continued. “I didn’t tell anyone. I was just going because I had been to his Christmas party for so many years with mutual friends. It wasn’t something I was going to talk about. But when Bethenny and I became friends he couldn’t invite me and then not her. So he couldn’t invite either of us. He invited her once and he said she talked to Page Six about it and he was kind of upset. So he didn’t want any problems or issues.”

“To this day I haven’t been invited back to his Christmas party,” she said while laughing.