The singer and former model rose to fame in Page 3 after winning a competition to appear in the tabloid at age 16 in 1983.

Page 3 was banned by The Sun in 2015 following a three-year campaign led by Lucy-Anne Holmes, who argued that it was an outdated and sexist tradition.

‘It was never risqué. It was the girl next door with a smile on her face,’ Sam said. ‘Every family read the paper’.

She went on to say that the women weren’t ‘forced’ to appear on Page 3, although insisted she’s not quite arguing for its return.

However, she added that she and her mum would look at the women in Page 3 ‘as much as the boys did,’ to see their hair and what they were wearing, and said that women’s bodies should be celebrated.

‘I used to say and I will say that we all visit the Tate [Modern and Britain] Gallery and we go to galleries and most of the most beautiful pictures in those galleries are taken of women and there weren’t cameras in those days and I’m sure if there [were] there’d be plenty of pictures [of women] in those galleries,’ she told Richard Madeley and Susanna Reid on Good Morning Britain. 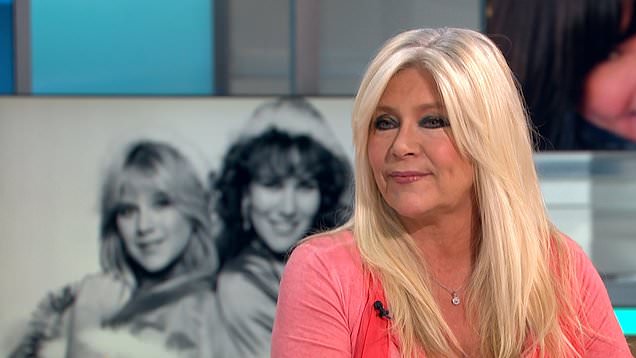 However, many viewers disagreed with her.

‘Turned on GMB and there’s Sam Fox advocating bringing back Page 3 topless pics in The Sun. UK’s march back to the 70’s continues …’ one wrote.

‘I had a fan club and would get lots of letters from women actually asking me things like what shampoo and make-up I used and my skincare regime.’

Following her career as a glamour model, Sam became a global popstar, selling 30million records and seeing huge success with her single Touch Me.

The Sun ceased the publication of topless models on Page 3 after a campaign from 2012 to 2015, which collected more than 240,000 signatures on an online petition.

The campaign also gained the support of 140 MPs and many charities and organisations.