AS the proud life and soul of Girls Aloud, there was nothing Sarah Harding wanted more than to see the group back on stage before her tragic death this month.

And in a touching move that would help cement her legacy as one of her generation’s favourite pop stars, I’m told plans are under way for the remaining members to reunite at a concert in her honour 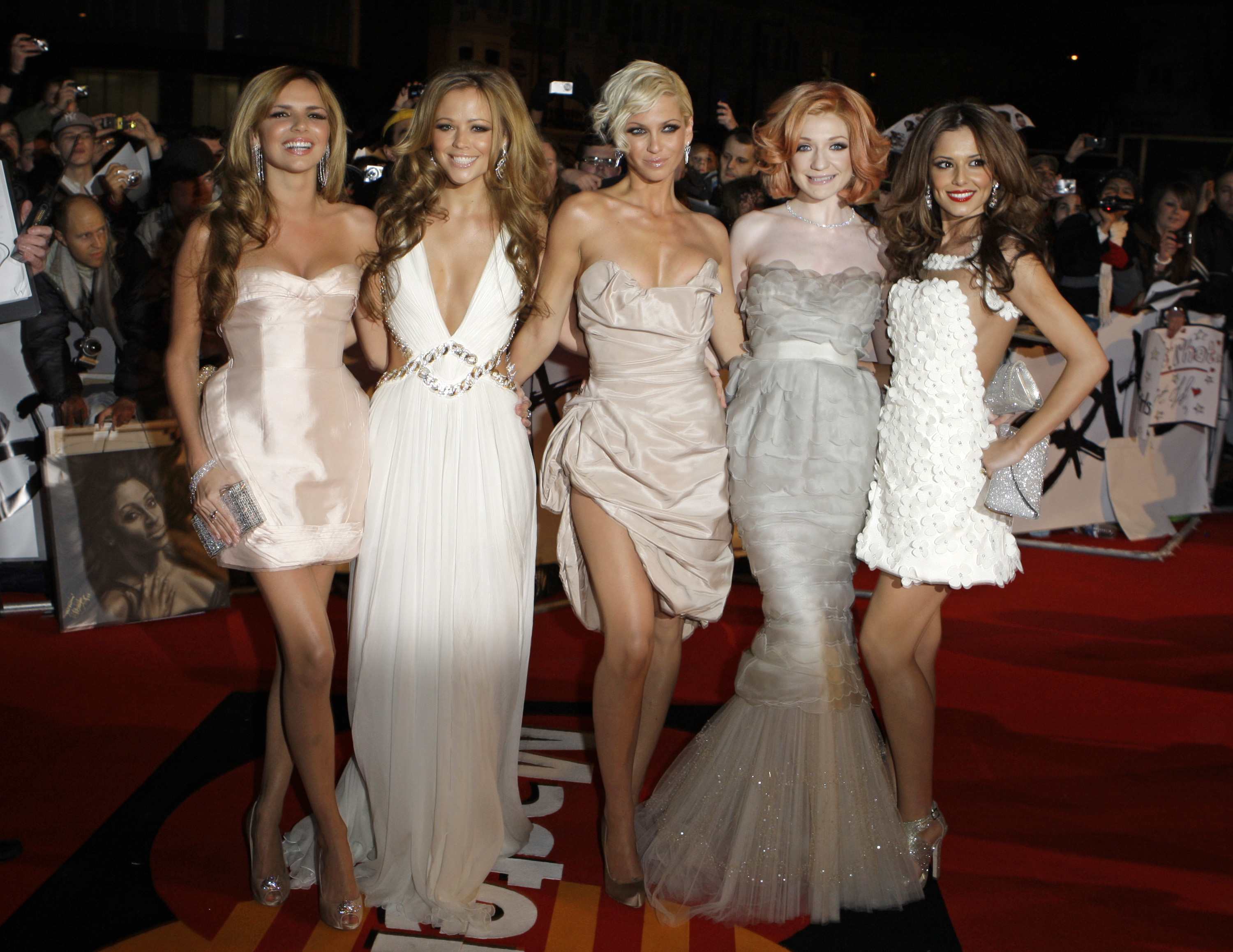 Discussions for a comeback to mark the group’s 20th anniversary stalled when Sarah’s devastating diagnosis meant she had to commit fully to treatment.

Now pop insiders say there are talks behind the scenes for a charity concert — inspired in part by The Wanted star Tom Parker’s Stand Up To Cancer gig — which they hope will raise money for vital causes.

A music source tells me: “It’s bittersweet, of course. They’ve all been through the most devastating news and it’s beyond tragic.

"But when the time is right they’d love to see a concert in Sarah’s memory.

“It would be hugely emotional for everyone involved, but it feels like a wonderful thing to do after everyone had hoped they might be able to do it together.

“They loved her energy and her zest for everything, so it would have to be done in that spirit. And if it could raise some money for charity too, then even better.”

Sarah was just 39 when she sadly died from breast cancer just over a week ago, prompting an outpouring of grief from the world of pop and moving tributes from her bandmates Kimberley Walsh, Cheryl Tweedy, Nadine Coyle and Nicola Roberts.

And earlier this week Nadine added a second tribute, writing online alongside a picture of the pair together: “One week without you!! Thinking of you all day every day and trying to imagine how your new journey is going.

“Please feel free to come visit me anytime. I know lots of people will want some Sarah spirit time so I can wait my turn. I hope you now know how much you are loved and how you impacted so many lives by being wholeheartedly yourself.

"Always an inspiration, always a shining light and always my friend.”

And yesterday Nicola posted a photo on Instagram of herself and Sarah with rockers Arctic Monkeys, and wrote: “Waves of disbelief and realisation as we navigate through this.

“I wanted to show appreciation for the lovely tributes to Sarah and outpour of love we have received. Also, acknowledgment for how Sarah’s passing has affected many people who are fighting this cruel disease. My heart is with you.

“Here is Sarah in her element with the Arctic Monkeys boys at the NME awards.

“A habitat more natural for her than any glitzy party.

“The most rock and roll in the room — showing the indie boys how it’s done.”

Pop fans and the music industry loved her. If only there were more folk as lively as she was. 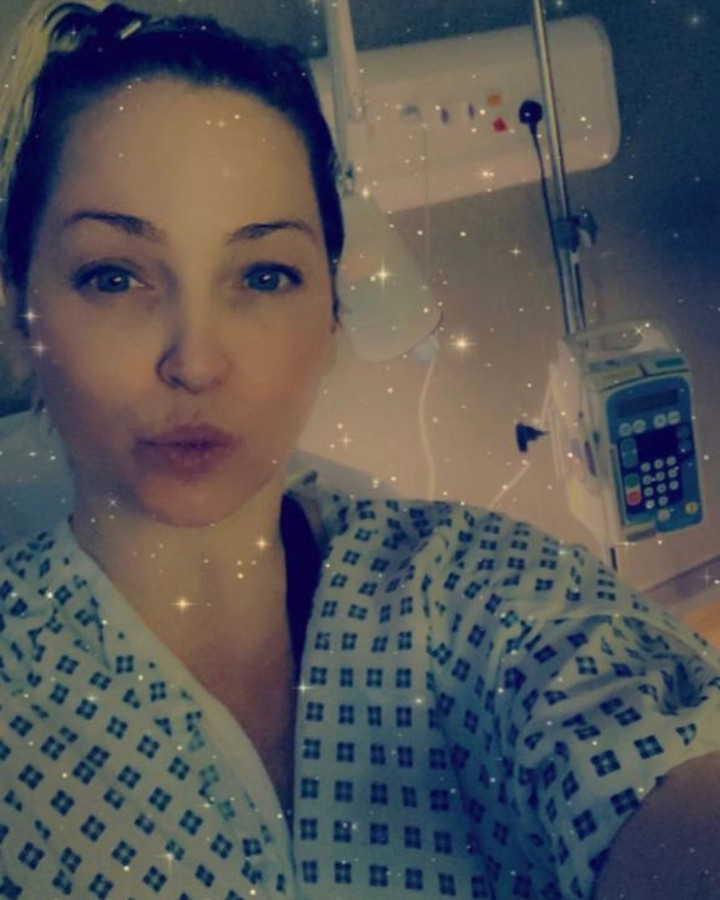 LOOK WHAT MAISIE HAS THROWN ON

MAISIE WILLIAMS has swapped sword swinging and fighting zombies for the couture culture of New York.

The actress looked unrecognisable two years on from slaying the Night King in the Game Of Thrones finale. 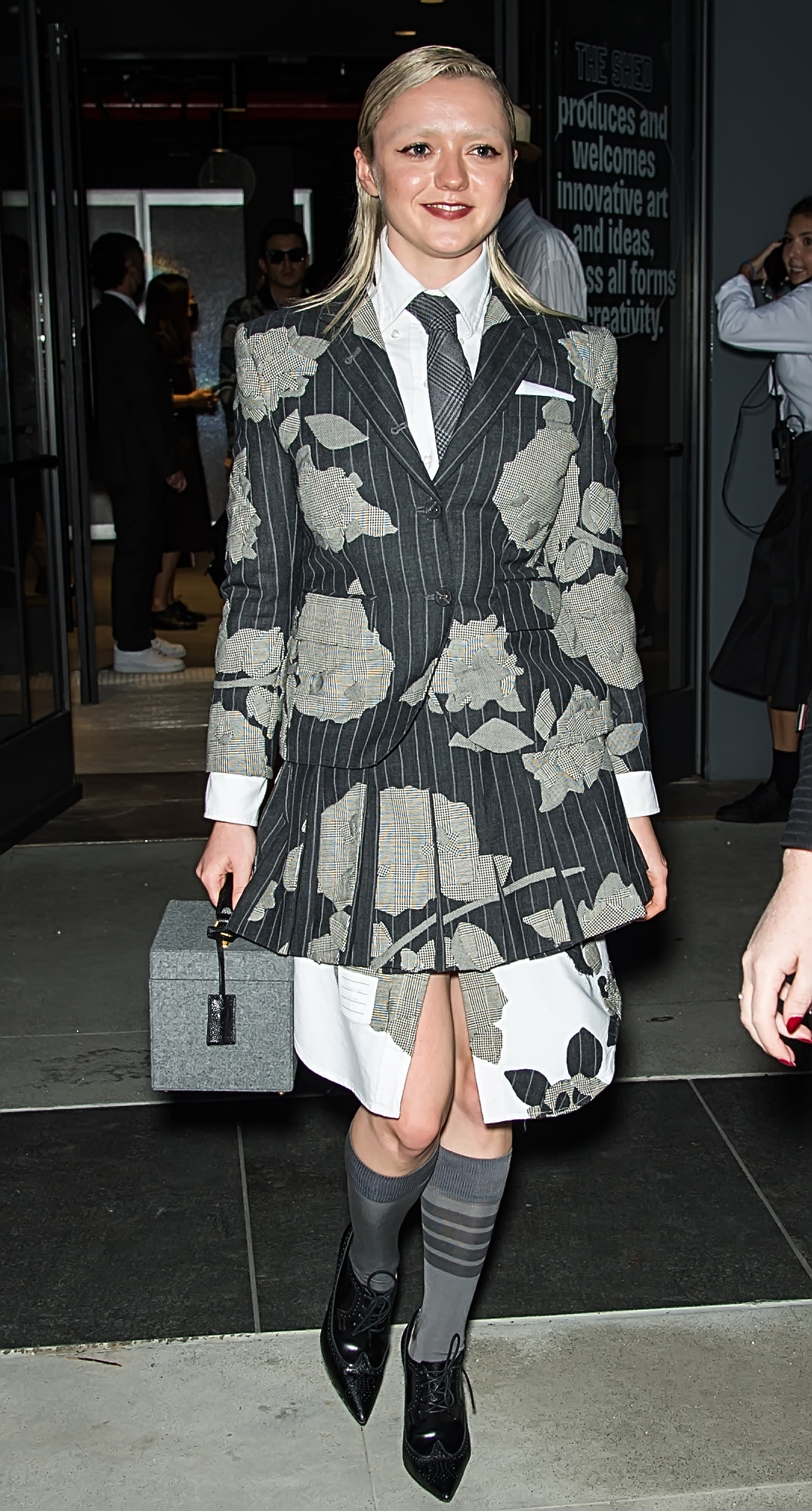 Maisie found global fame thanks to her portrayal of Arya Stark in HBOs cult fantasy series.

But here looks totally different in a pinstripe suit and matching skirt combo for New York Fashion Week, where she sported bleached blonde hair and eyebrows.

She even pulled her socks up for Thom Browne’s show in the Big Apple at the weekend.

I can’t imagine the designer would have been too impressed by her kooky look, though.

BACK in 1998, Manic Street Preachers’ album This Is My Truth Now Tell Me Yours beat Steps’ Step One to the top of the charts.

More than two decades later they are battling it out again. 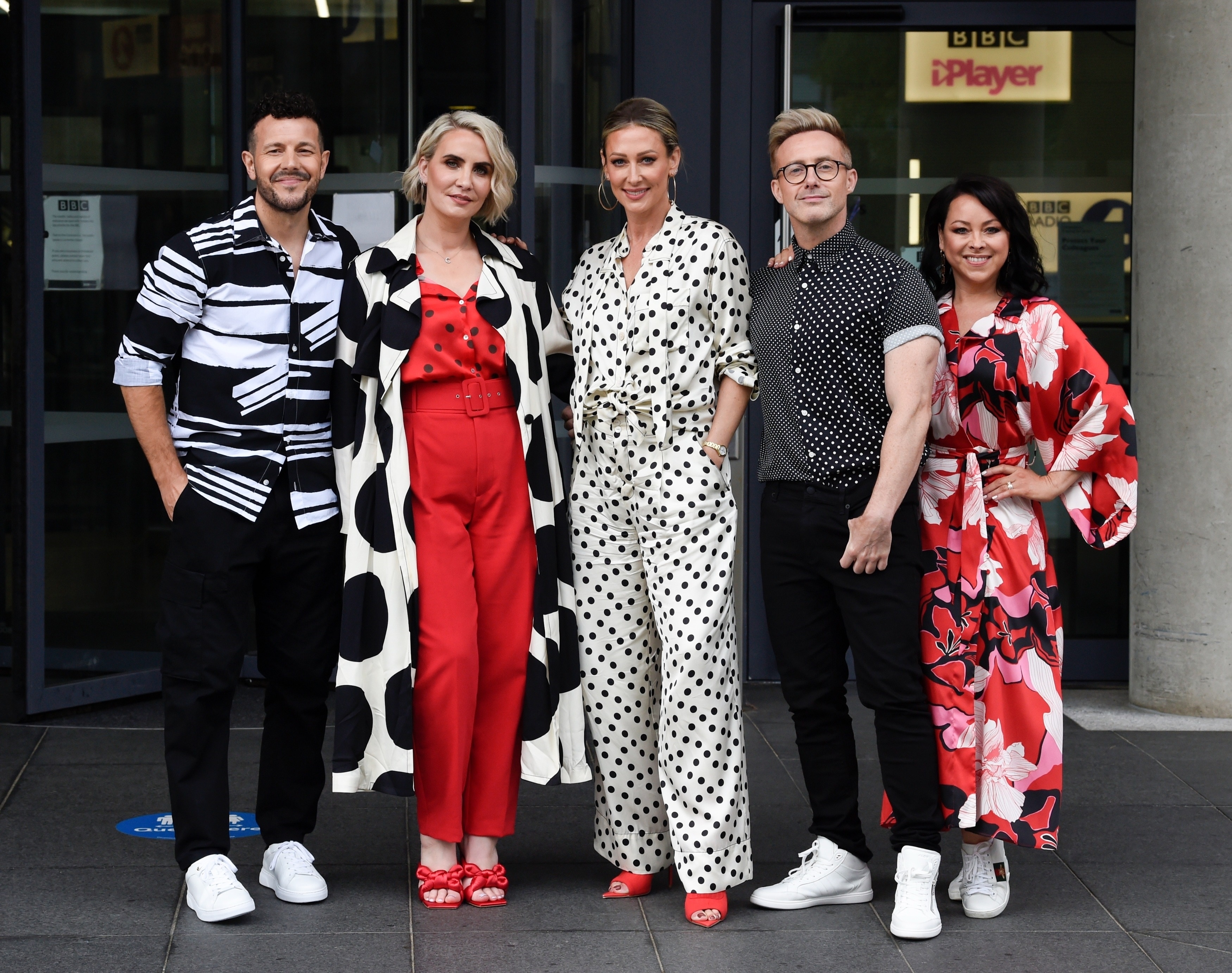 The Manics’ 14th album, The Ultra Vivid Lament, is 3,000 sales ahead of the new record from Steps, What The Future Holds Pt. 2.

But Steps spent the weekend doing signings at HMV stores across the country in a bid to boost sales.

The singer has quit all forms of social media, including Twitter and Instagram, after a series of controversies, telling her fans she wants to “keep her circle a little bit closer”. 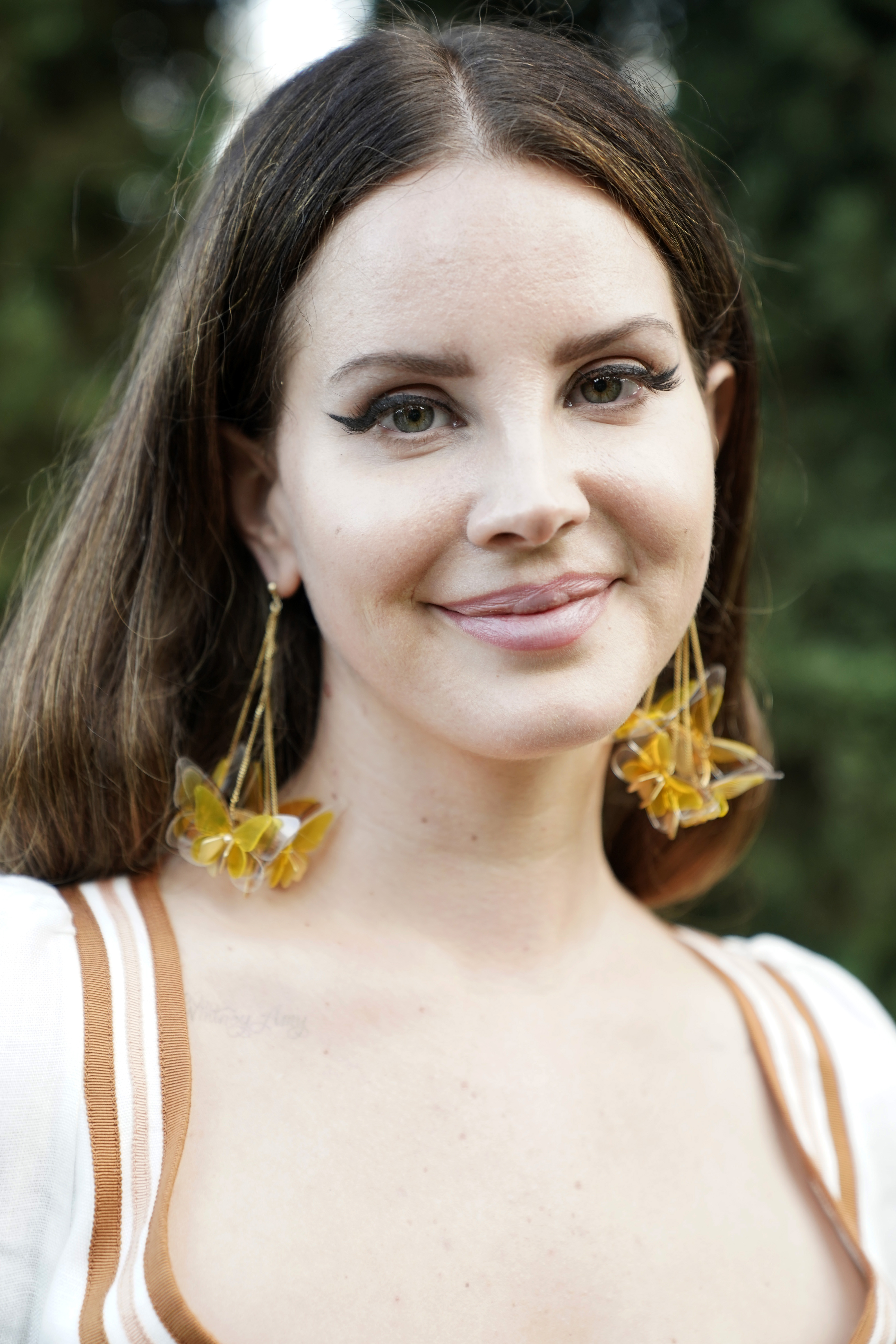 Before saying farewell to her 20million followers, Lana said the move was because that she has “so many other interests and other jobs that require privacy and transparency”.

She added that she is “still present and I love what I do”.

Over the past few months, Lana has been “cancelled” by keyboard warriors.

Once it was for wearing a face mask with holes in, and then again for appearing to not feature any black people on the cover art for her album Chemtrails Over The Country Club, which featured her surrounded by several friends.

Ed Sheeran and Lizzo are among other stars to have stepped away from Twitter. At this rate, there will be no one left on there.

MEGAN THEE STALLION was the most-nominated woman at Sunday night’s MTV VMAs in New York – but she swerved the bash for Wireless Festival.

The US rapper performed an energetic set backed by dancers at Crystal Palace Park in South London, dressed in a racy red outfit.

Using the nickname “hotties” for her fans, she told the crowd: “Thank you to the UK hotties. It’s my second time out here and it’s f***ing lit.”

JADE SPOTTED ON VISIT TO LA

JADE THIRLWALL may have jetted out to the US, but it is Canadian star Shania Twain she is taking her fashion cues from.

The Little Mix singer dressed head to toe in leopard print, reminiscent of the outfit Shania wore in her 1997 video for That Don’t Impress Me Much. 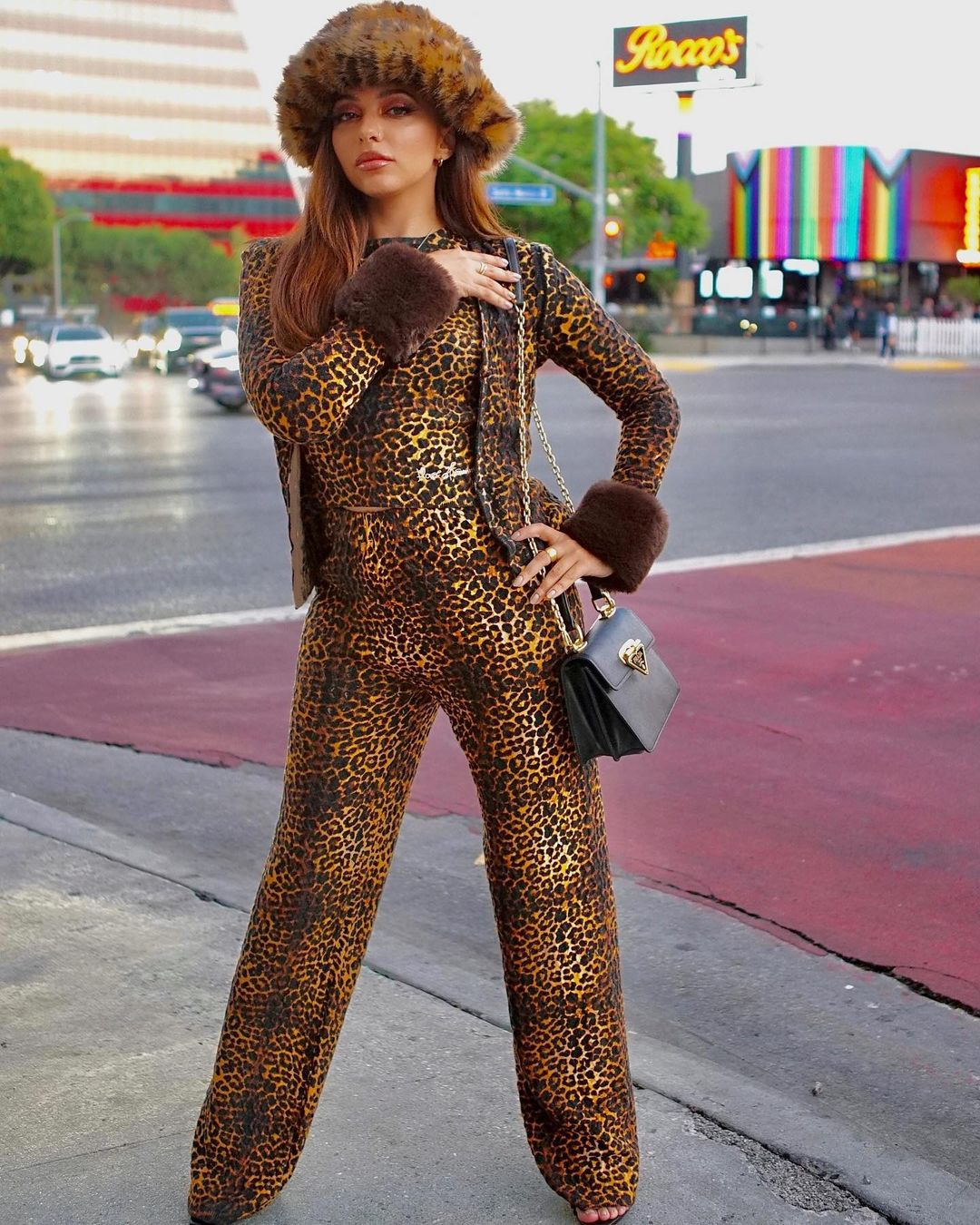 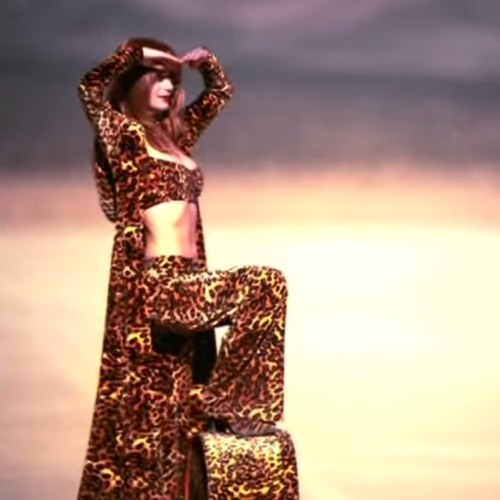 Clearly feeling good about herself, Jade strutted her stuff in a faux fur hat and matching cuffs.

Making light of her outfit, Jade – who is believed to be in LA to write new music – captioned the shot: “Doing the absolute most for absolutely no reason.”

I’m all for pushing boundaries but I think I’ll leave the animal print to Jade.

LIVE music is finally getting back on its feet after the pandemic called things to a halt – and a series of tours have now been announced.

Rockers The Cult and Alice Cooper will hit the road together with six arena shows in Swansea, London, Manchester, Glasgow, Birmingham and Leeds in May and June next year.

Rising British star Mimi Webb, best known for her Top Ten hit Good Without, will play across the country in February.

Meanwhile, Australian rapper The Kid Laroi will tour the UK in April, starting with a gig in Manchester.