'Schmigadoon!' Star Dove Cameron Really Tried to Get Betsy's Age Into the Finale

”Cinco and I were really pushing the envelope, but we did it so many times that it just got ludicrous and ridiculous,“ Cameron tells TheWrap 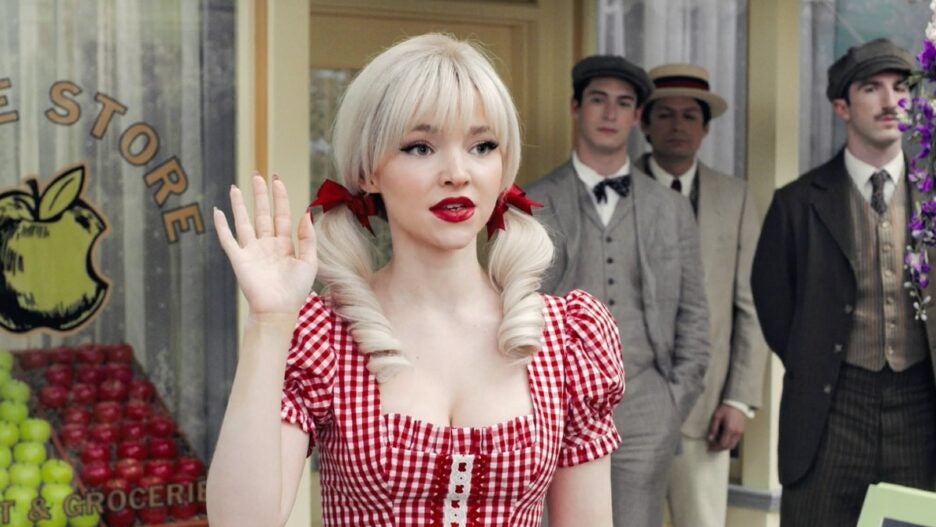 The finale of Apple TV+’s “Schmigadoon!” has arrived and, as with any good musical, it culminated in a joyous final number and wrapped the story up in a neat bow (though there’s definitely enough room for a potential second season). But there’s one thing we still don’t know for sure: Betsy’s real age. And if series star Dove Cameron had her say, we would have found out in Friday’s episode.

In the final minutes of the Season 1 finale, the residents of Schmigadoon revealed some pretty big secrets about themselves. For Betsy, it was a hesitant but hilarious, “I’m pretty sure I’m a socialist!” But both Cameron and Cinco Paul, the series showrunner, were hoping for a much bigger reveal.

“We had an [alternative], that Cinco and I really tried to get through, where she goes, ‘I’m nine!’” Cameron revealed to TheWrap. “And they wouldn’t let us. But we could not keep it together, because everybody has these big outbursts where they’re confessing everything. I thought it was so funny!” 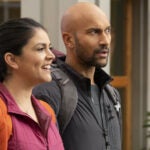 Betsy’s age is a nod to a long-running trope in musicals wherein the ingenue is typically far younger than she looks. As Melissa (Cecily Strong) jokes in the third episode of “Schmigadoon!”, Liesel from “The Sound of Music” is “16 going on 29.” So naturally, “Schmigadoon!” leaned into the joke, alluding to the fact that Betsy was definitely a teenager, if not younger, but never explicitly revealing her age.

“Cinco and I were really pushing the envelope, but we did it so many times that it just got ludicrous and ridiculous,” Cameron added. “But I’m glad that they went with what they went with, because it would’ve just been way too much to go with the alt.”

Cameron’s co-star Kristin Chenoweth — who does not play her on-screen mother this time around — was also pleased with the choice to keep Betsy’s “I’m pretty sure I’m a socialist” confession. In fact, next to Carson’s “It’s Mrs. Layton,” said with his signature lisp, it was her favorite line in the show.

“In the table read, which we were lucky to get to have, we all snorted when she said it,” Chenoweth told TheWrap. “Like, it stopped the show. It’s the ‘pretty sure’ that makes it so funny.”

The Season 1 finale of “Schmigadoon!” is now streaming on Apple TV+. 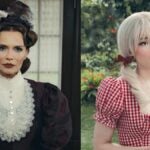