Selling Sunset focuses on the professional and personal lives of the estate agents at The Oppenheim Group. As the series is all about office gossip, romances and multi-million dollar homes, it’s easy to see why the Netflix show became a hit. Someone many subscribers would recognise also showed up in the reality series’ finale.

In the last episode of series three, Christine Quinn is seen walking alongside Karamo Brown as she is about to show him around a house.

Talking about what they were doing, Christine said: “Karamo from Queer Eye is one of my friends and clients and he’s looking to relocate.

“He’s looking for a pool, a great place to cook and a view – what more would you want?”

She showed him around a four bedroom property with three bathrooms with 2,503 square foot.

However, it doesn’t seem like Karamo was in favour of the home because of the height of the ceilings. 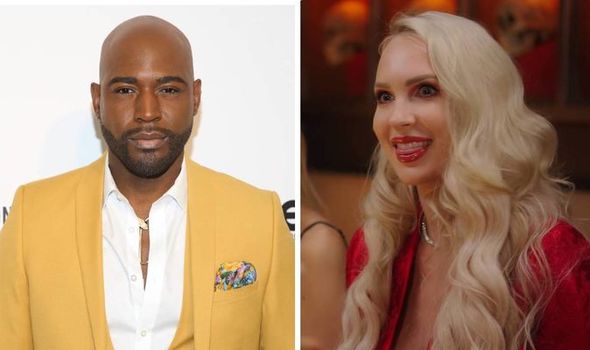 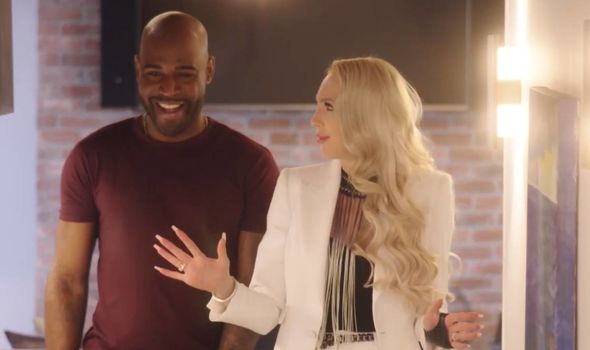 Karamo explained: “I only have one issue is that I’m 6’3 and these beams are really low, so it’s kind of hard.”

He then joked: “Then Ian and I like to have wild sex so we would be doing some craziness and I wouldn’t want him to hit his head.”

Christine later commented: “I’ve had some crazy sex in my day but I have never bonked my head on a ceiling and gotten a concussion.

“I don’t know what crazy sex they’re into but sign me up, please.”

While the house didn’t fit all of his credentials, it was a good chance for the pair to have a catch up, discussing their work lives and pending weddings. 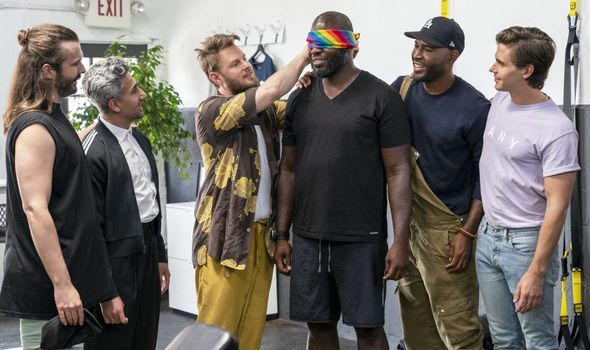 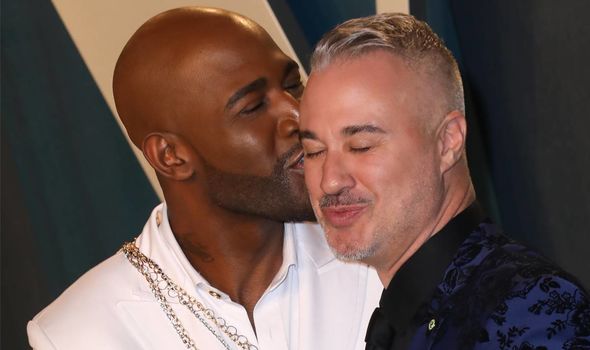 Who is Karamo Brown?

He is best known for starring on Netflix’s reboot of lifestyle makeover series Queer Eye which returned to screens in 2018.

But Karamo originally shot to fame on another reality television series.

He was on MTV reality show The Real World: Philadelphia in 2004.

The show was about a diverse group of strangers living together for several months with cameras following their lives and how they interacted with each other.

Karamo became the first openly black gay man to be cast on a reality television series.

Speaking to Euphoria magazine about the experience, he said: “I thought that happened 40 million years ago.

“And it just shows why representation is so important because there are still so many groups that have never been seen on television.

“I was just comfortable enough in myself then.

“And still to this day, just to be honest about who I am and just live my life freely.”

Karamo moved to Los Angeles with his two sons in 2011 where they now still live.

In May 2018, he became engaged to director Ian Jordan who has been with for either years.

They were due to get married earlier this year but the wedding was postponed because of the pandemic.

Karamo proposed to Ian again back in May during his 40th birthday party.

Speaking to E! News, Karamo said: “With the help of my sons, I asked the love of my life to marry me and he said YESSSS.

“He is my today, tomorrow and everything!”

Selling Sunset is available to watch on Netflix.