Selling Sunset is expected to be back sometime next year for a fourth season. The Netflix series follows the real estate agents at The Oppenheim Group, giving fans a peep into their work and personal lives. Filming hasn’t yet started on the possible series four and a release date has not been announced.

The cast of Selling Sunset is typically at logger heads together with a clear divide between the agents at The Oppenheim Group.

But while they kick off, they aren’t normally alone as chihuahuas Zelda and Niko are often seen walking about, giving everyone a morale boost.

If everything gets a bit too serious in the office, the cute pair step in to provide the agents with some light-hearted relief.

While pets aren’t normally allowed at the office, these two are the exception to the rule. 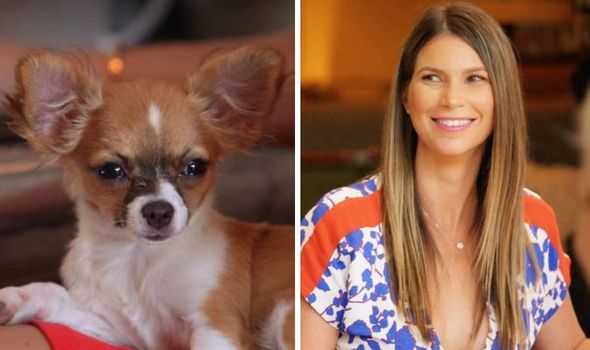 Never a shortage of kisses for papa @jasonoppenheim

Boss Jason Oppenheim and real estate agent Mary Fitzgerald used to be in a relationship together.
They were together for around one year and she even lived with him in Jason’s home.

Jason and Mary are the owners of the two dogs as they first adopted Niko and then Zelda.

However, the pair had already broken up by the time they got their second dog. 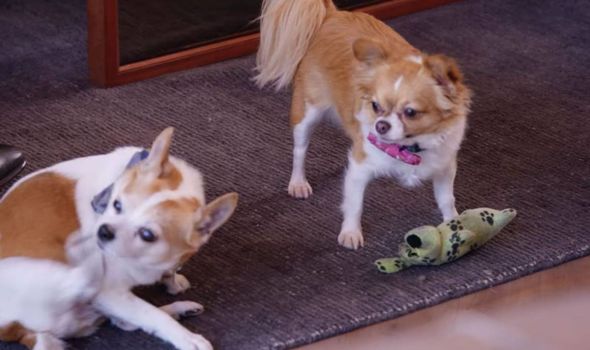 Explaining the situation in season one, Mary said: “So Jason and I actually got Zelda when Romain [Bonnet] and I were together.”

Jason then added: “It worked so well sharing Niko that we just adopted another one together.”

So while Mary is now married to former pastry chef Romain Bonnet, she still shares joint custody of Zelda and Niko with ex-boyfriend and employer Jason.

Mary, along with several other members of the Selling Sunset cast, also get a say in who Jason dates.

Speaking to Metro, Jason said: “It’s always a conversation but never an issue.

“Within a certain amount of time, it’s obviously something that I discuss because I share dogs with her [Mary], it’s kind of hard to hide.

“Not to mention we happen to have a very popular reality show.

“The real difficulty is if I’m dating someone, not only do I have to like them and they have to pass my test, but they have to go through Mary, Amanza [Smith], Romain, Chrishell [Stause] and Heather [Rae Young], and I almost feel sorry for anyone I date.”

Zelda and Niko clearly play a very important role at The Oppenheim Group as they also both feature on the company’s website with their own profile pages.

Zelda is described as the “in-house barkitect”, who joined when she was just 10-weeks-old.

Her profile reads: “When she’s not working, Zelda likes to annoy her big brother Niko, walk around the office chewing on things, and annoy Niko some more.”

Meanwhile, Niko is the director of pup-lick relations who is an asset to the team.

His profile says: “Always the first to greet clients at the door, he uses his innate knowledge of human nature to gain their trust, confidence, and eventually their hearts.”

Selling Sunset is available to watch on Netflix.