Home » Shaun Wallace snaps at Bradley in tense clash over The Chase answer: ‘I just told you!’

On Wednesday afternoon, The Chase fans had another chance to watch Shaun ‘The Dark Destroyer’ Wallace take on contestants Josh, Steven, Amelia and Lynne as they battled it out to take home some cash from the ITV show. Once more, Bradley Walsh was on hand to oversee proceedings but found himself on the receiving end of some rather stern words from the prickly Chaser when he struggled to comprehend the double meaning of the word “rake”.

The moment came in the very first round as Shaun took on the first contestant, Josh.

After racking up £6,000 in his impressive cash-builder, singer Josh continued his fine form against the Chaser to make it back for the Final Chase.

But on one question in the head to head, neither Josh nor Bradley seemed to know the answer, resulting in a lucky guess earning him a step closer to home.

The question Bradley asked was: “Which of these names describes a libertine or a rake?” 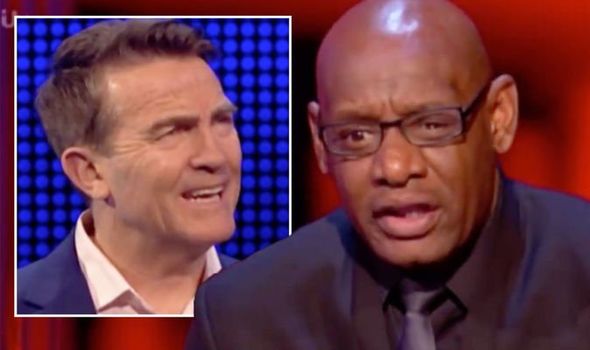 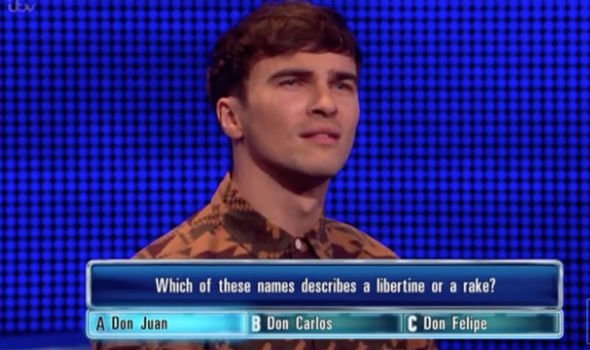 The possible answers were Don Juan, Don Carlos or Don Felipe, with Josh opting for the first option.

“I’ve got no idea I’m afraid,” Josh admitted to the host. “A rake? Is that something you use in the garden?”

The ITV audience let out a giggle as Bradley chimed in: “It is to me – I don’t what a libertine is either.”

Don Juan was soon unveiled as the correct answer and Bradley and Josh turned to Shaun for an explanation. 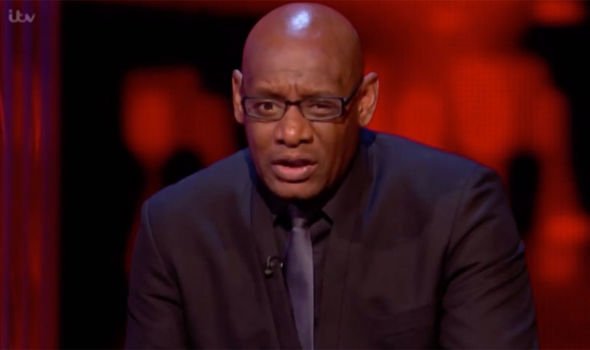 “So a libertine is someone who fights for libertine, I get that,” Bradley said only to be proved wrong by Shaun.

“No, a libertine is a womaniser,” the Dark Destroyer interjected. “A rake.”

“I just told you, Bradley,” Shaun barked at The Chase host. “A womaniser. A rake, that’s what a womaniser is.”

Shaun continued to try and help Bradley understand as he continued: “The most famous one is Casanova who was born in Venice in 1725,

“And towards the end of his life he was working as a librarian and he died at the ripe old age of 73 – and also he was a very naughty boy.”

Bradley had just about come round to the idea as he said aloud: “Right, so you’ve got a rake on the theatre stage, a rake is something in the garden, and a rake is also a womaniser?

“Isn’t the English language confusing, kiddly-winks,” Bradley joked as he stared down the camera.

Shaun kept up his rather stern demeanour throughout the opening round, however, as he warned Josh “don’t laugh” as they approached a one-question shootout.

Josh ultimately ended up as the only player to make it back to the Final Chase as Lynne, Steven and Amelia all lost out to Shaun.

In a tough final round, Josh only accumulated seven steps, which the Chaser daughter with one minute and 15 seconds to go.

Showing his softer side, Shaun told Josh at the end: “You played very, very well, you should be proud of yourself.”