Charlie Hunnam became a star when he landed the role of Jax Teller on Sons of Anarchy. Since then, Hunnam has become a leading man on the big screen with roles in The Lost City of Z, King Arthur: Legend of the Sword, Pacific Rim, and The Gentlemen. His good looks and strong performances have made Hunnam a sex symbol in the industry. But that was never his intention. 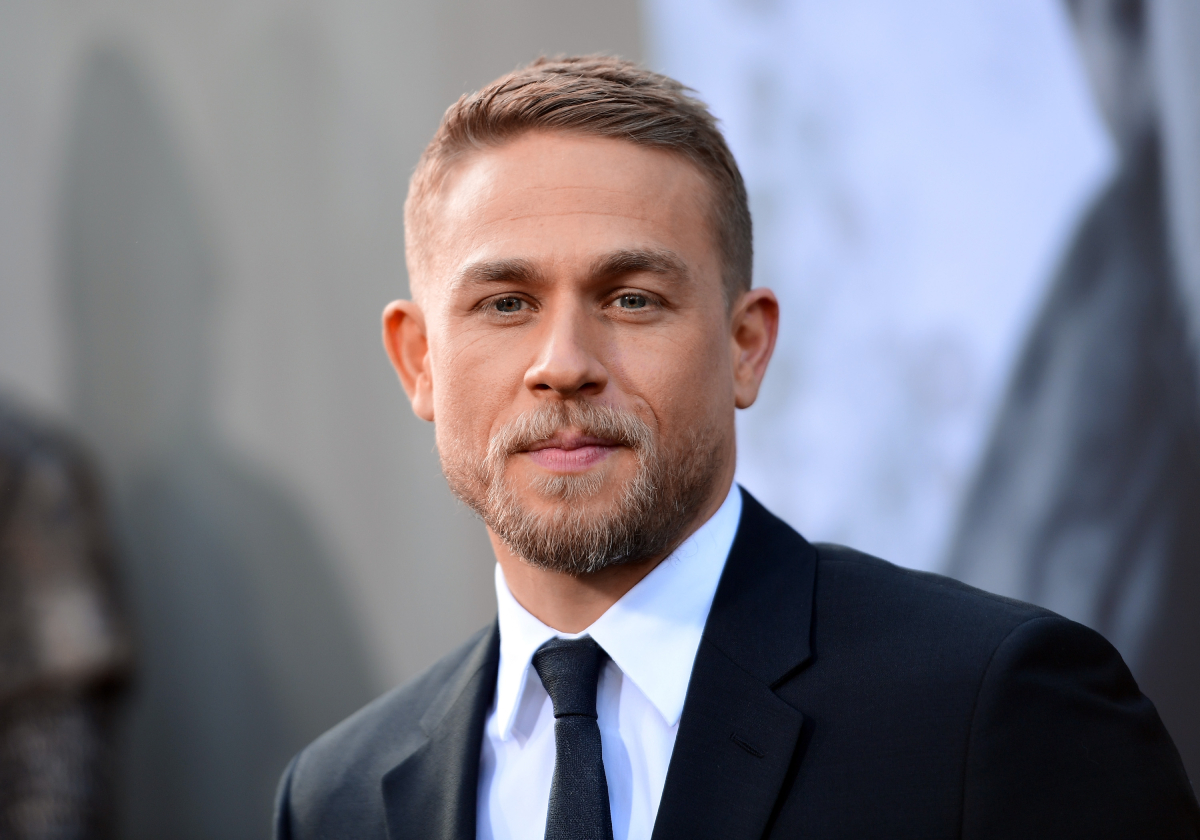 For seven seasons, Hunnam played a tough guy who had no problems with violence. Then, he became an action star in the movies. But Hunnam says his on-screen persona is nothing like his real-life personality.

“I play a lot of tough guys and violent characters, but I’m not like that at all. I’m a hippie who smiles a lot and is pretty relaxed. I’ve often had an escape fantasy that I would go out into the woods by myself for a year or two and discover who I am and what life is about,” Hunnam told Cosmopolitan.

Hunnam explained that he likes to think of himself as both a lover and a fighter. When anyone he loves is threatened, the 40-year-old says it’s his instinct to try and defend them.

When he was younger, the actor admits that he “definitely got physical” more often. He noted that his “mouth would write checks” that his “a** couldn’t cash.”

The ‘Sons of Anarchy’ star prefers ice cream and kittens

Hunnam doesn’t do social media, so fans have never really gotten a glimpse into his private life. But he has revealed a few details about himself in interviews. The actor says that his biggest weakness is ice cream. He revealed that his girlfriend, Morgana McNelis, bought him an ice-cream maker. But he can’t make the sweet treat that often because he’ll “eat the whole thing.”

“I made double-dark chocolate. I put in twice the amount of chocolate, crystallized ginger, gingersnap cookies, a bit of chili flake — whew, forget about it!” Hunnam said.

The Sons of Anarchy alum says he doesn’t mind the kitchen, and “isn’t afraid of pots and pans.” He says the only version of social media he’s interested in is cooking videos.

“My cat, George, is fasci­nated by it — I talk to him while he watches me cook. I could call my page Cooking With George. I think it’d be a big hit,” Hunnam said.

During an interview with Buzzfeed, Hunnam proudly declared his love for cats. When asked if he prefers puppies or kittens, he replied without hesitation, “Kittens!”

Charlie Hunnam never wanted to be a sex symbol

Hunnam’s never been one to talk much about his appearance. But it should be noted that he put in some serious work to get that ripped physique he had in King Arthur. He did that, though, for his character and his craft – not because he wanted to be a “pinup boy.”

“I never really wanted to be the guy taking my shirt off onscreen,” Hunnam told Cosmo. “Nudity doesn’t bother me but being reduced to a pinup boy is a bit annoying. I can empathize with female stars — how much stress is put on them to be sexy and on their looks as opposed to their acting.”

For fans hoping to get a closer look at Hunnam’s physique, they are out of luck. Hunnam says he is a huge fan of Apple products and finally has an iPhone. However, he doesn’t use the cloud because he doesn’t trust it. Therefore, he says that fans “won’t find any nude photos from me personally.”

Hunnam says that if nude pics of him ever surface, it would probably be because someone followed him. He says he’s not doing “any home photo shoots.” But, it’s possible that someone could catch him taking all of his clothes off while on a hike or jumping into a pool.

All seven seasons of Sons of Anarchy are available on Hulu.