Rebranded park in Bangsaray will roll out new rides based on films like “Ghostbusters,” “Hotel Transylvania” and “Men in Black” starting in October 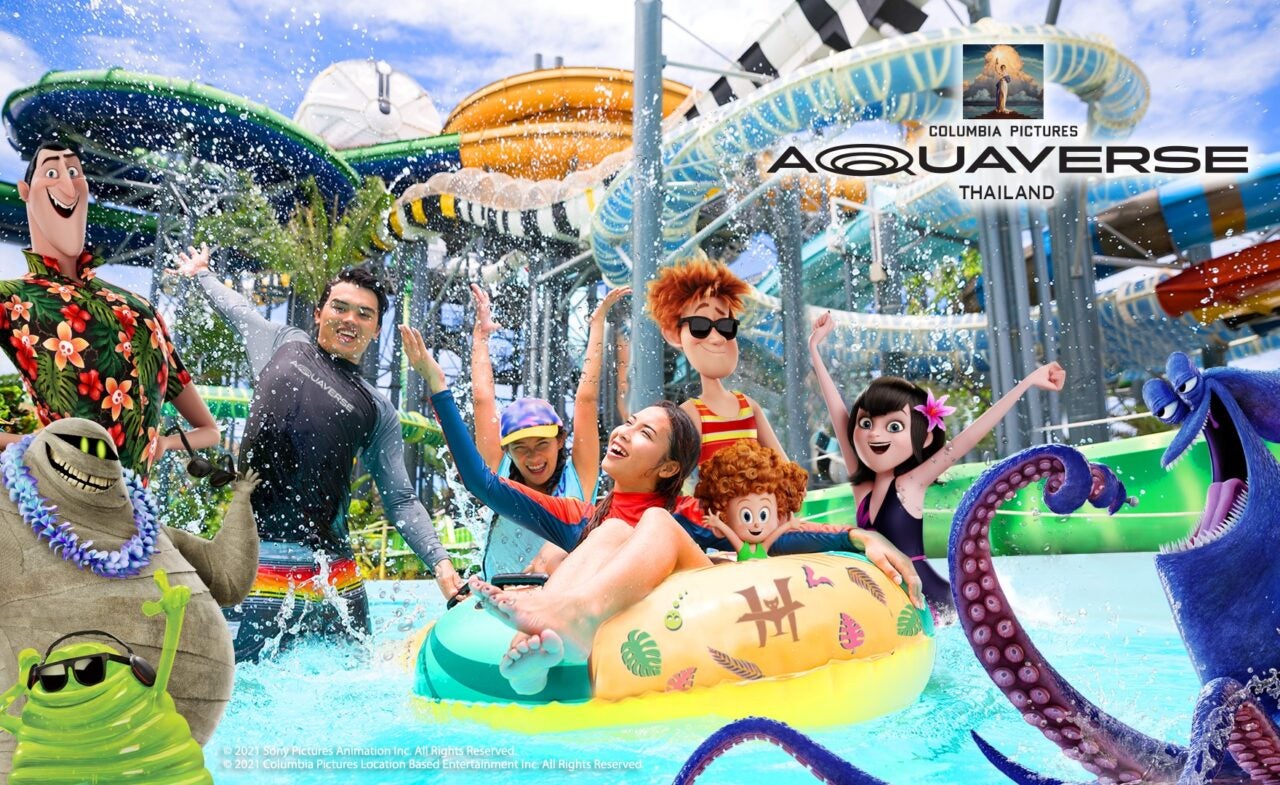 Sony announced on Tuesday that it has partnered with Thai water park company Amazon Falls to create Columbia Pictures’ Aquaverse, which is set to roll out new rides beginning in October.

The park will be developed from an already-existing Amazon Falls water park site in Bangsaray, a beachside tourist location about 90 minutes from Thailand’s capital, Bangkok. Among the rides that will be featured are water coasters based on “Men in Black” and “Ghostbusters,” go-kart tracks based on “Bad Boys for Life” and kids areas based on Sony animated films like “Hotel Transylvania” and “Cloudy With a Chance of Meatballs.” The Sony licensing partnership is being incorporated into Amazon Falls’ plans to expand the park from just water-based rides to other attractions, with new rides steadily being introduced through 2022.

“We are delighted to be teaming up with Liakat Dhanji and Amazon Falls on launching Sony Pictures’ first theme and water park and are inspired by his vision of creating an immersive entertainment destination for Thailand,” Jeffrey Godsick, Sony’s EVP of global partnerships and brand management and head of location-based entertainment, said. “Columbia Pictures’ Aquaverse is the next step in Sony Pictures’ larger global strategy to grow and expand location-based entertainment by utilizing its strong global film and TV brands. We are creating opportunities for all audiences around the world to immerse themselves deeper into our stories through water parks, touring exhibitions and theme park attractions.”

“Sony Pictures Entertainment and Columbia Pictures’ breadth of global content, technology and talent leadership will be invaluable in creating a fully immersive experience that will bring curiosity and wonder to a global audience,” Liakat Dhanji, CEO and chairman of Amazon Falls, added. “The launch of Columbia Pictures’ Aquaverse represents a first step in what we envision to be a broader collaboration that will pioneer the future of an integrated entertainment destination as part of the EEC’s smart city. Alongside our unique rides and attractions, we look forward to forging new partnerships with top accommodation, technology, retail and F&B partners as we curate an unmatched lifestyle experience that will resonate with all our visitors.”

The announcement of the new park comes as Thailand struggles to recover from the major economic hit brought on by the COVID-19 pandemic. While the country has been able to contain the virus relatively well, with only 95 deaths reported, Reuters reports that the estimated amount of household debt in Thailand has reached a record $447 billion USD. A large factor in the economic downturn has been the collapse of tourism, as strict border closures cost hotels and theme parks much of their business.