Craig Conover from Southern Charm was dragged by his friends and castmates when he shelved his law books in exchange for a sewing machine. But he’s certainly getting the last laugh after launching a partnership with textile giant Thomasville along with being recognized by other global brands. 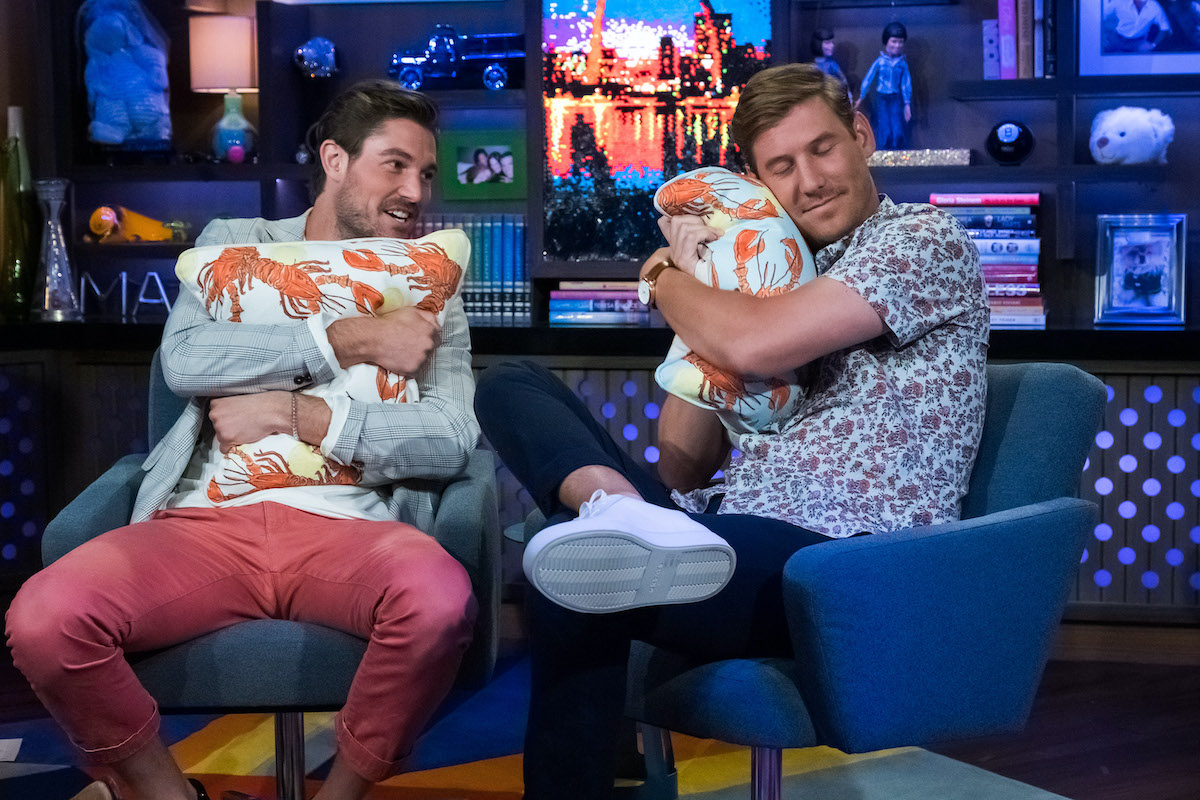 Conover’s company Sewing Down South announced an exclusive line of pillows offered through Thomasville as part of its fall 2020 collection. Conover told Showbiz Cheat Sheet demand for his products only grows. He also dished about upcoming pillow parties where fans will have an opportunity to chat one-on-one with Conover via Zoom.

With all this success, are his friends eating crow? Fans are filling his Instagram feed wondering what ex-girlfriend Naomie Olindo has to say. Conover spilled about his relationship with Olindo and shared how Shep Rose views his success.

Craig Conover and Naomie Olindo are finally in a good place

Olindo and Conover broke up partially because of Conover’s insistence on dabbling in a career in textiles. He seemed to meander at home while she pursued a master’s degree. They finally parted ways as Olindo cited that Conover had no drive.

Conover admits he and Olindo have had a rocky past with sewing being a sore subject. “But she has been incredibly nice and supportive,” he said. “We actually ran into each other at a gathering two weeks ago and talked for a while. And kind of [felt like] old friends, which was neat. Because we were together for three years and you’re best friends and you know each other so well.”

“So we got to talk about relationships and what we’ve taken out of ours,” he said. “And it was just funny. It was nice. Was one of the first times that we’ve talked, as, you know, completely as friends. And she was super nice about that. I thought she [talked about out friendship] in interviews. She said she always be grateful for the world that I brought her into it. She was happy for [Sewing Down South] and everything is all very positive now.”

In the beginning, Rose also gave Conover a hard time about moving away from law and dipping into sewing. “Shep finally had to accept the fact that I’m never going to be the type of person he wanted me to be,” Conover remarked. “But he loves it now. What he said is ‘All I ever wanted was for Craig to be honest with himself.’”

“But it’s funny,” Conover continued. “Our message is of positivity so it’s fun to get the last laugh.” He added that he plans to hold a few online pillow parties in the coming months where people who purchase a pillow from his Thomasville line will be entered into a drawing to win one-on-one time with Conover online. He said he misses the in-person pillow parties and hopes to resume them when it is safe.

As for the new season, he thinks fans are in for quite a ride. “It’s going to be a different year,” he shared. “I think it’s going to be really good. I kind of love the trailer and I was in the airport and I was like eating a pizza, watching it, and kept smiling from ear to ear. I thought the cinematography was great. But it’s always funny to see how it comes out.”