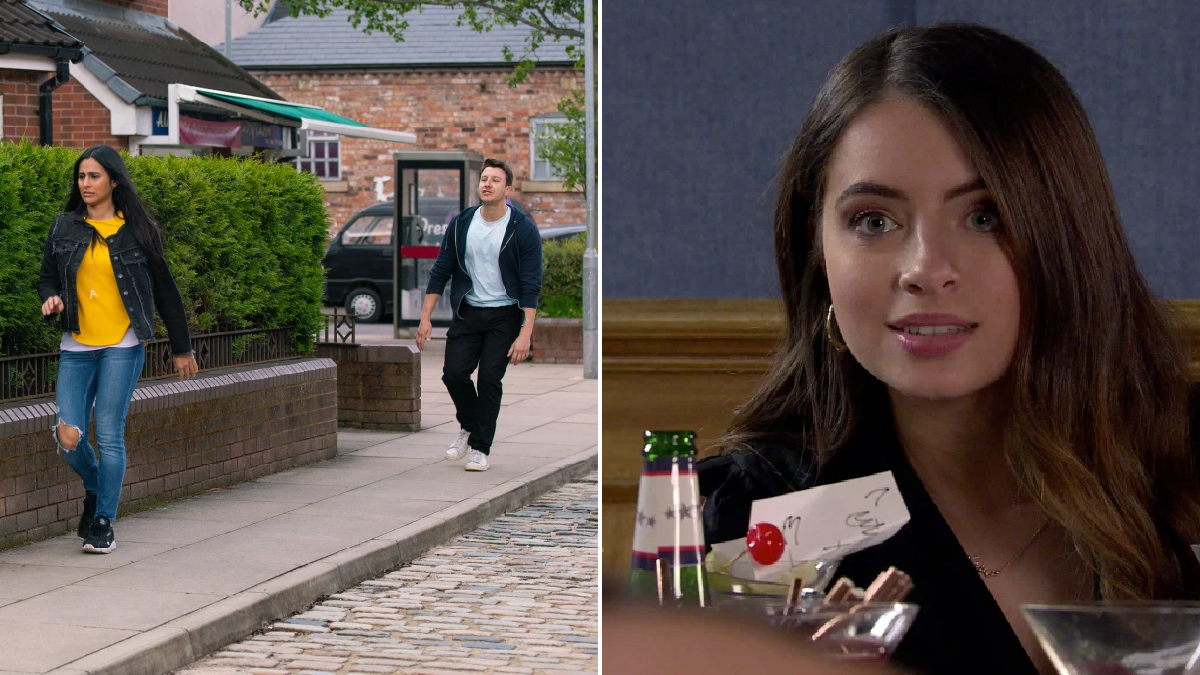 Now, as time has passed, Ryan somewhat lost his way.

Unsure on where he wants his life to go, he enjoys spending time with Daisy (Charlotte Jordan) in upcoming episodes, but it leads to disaster when Alya is left heartbroken over Ryan’s actions.

After a drunken evening, a hungover Ryan wakes up in Daisy’s bed.

In the Rovers, Ryan begs Daisy not to let slip that he was with her last night.

Later, Daisy, in front of Alya, purposely tells Ryan she’s not happy about his lies when the truth is he ended up in her bed.

Alya is left dumbstruck and later confronts Daisy in the café.

Jenny (Sally Ann Matthews) later finds Ryan in Victoria Garden and when he ends up at the Rovers, Daisy is thrilled to discover Ryan has come to stay.

But is all as it seems?

If Daisy and Ryan were really drunk, did they even sleep together?